i just happened to notice a minor 'bug' in the form of an incorrect default variable in the /etc/SDDM.conf file for the numlock settings on startup.
mine was always on for POST but then getting shut off before i hit the login screen.

when examining my sddm.conf i found it was set with 'true' variable when according to this wiki page it should be "on, off or none". >sddm.conf(5) — Arch manual pages<

i modified my file with the correct entry and it seems to have solved this minor issue.
(tested with system restart)

If you had posted your garuda-inxi we would know where this is necessary. 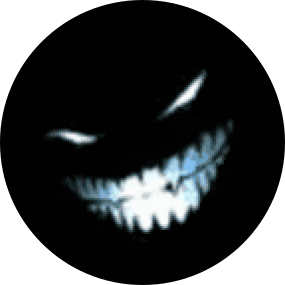 (my system has a bit of a glitch with fish not showing my account name and such at the prompt and the colors are green, white and yellow instead of the normal red - totally different issue)

it should be the inxi section of the forums

Thanks for posting, but if you use the inxi section post the link, please

BTW, I have no problems with numlock in KDE?

Maybe a developer can help _

i'm pretty sure i screwed something up between my fresh install and when i did a full upgrade afterwards but i couldn't begin to figure what that is.
i didn't really mess with much other than adding a couple hard drives to my fstab automount, preventing my audio chipset from going to sleep and some minor aesthetic changes.

i'm probably just gonna do it over again lmao
i'd really like to be able to choose a specific proprietary driver in the OS installer, my machine wants the 470.xx version and the open source one underwent random system hangs were i couldn't even move my mouse.
it happened during an upgrade a couple times and that forced me to use an older iso - the 210809 that has a working proprietary driver for me.

in the long run i intend on getting an AMD rig and move on from intel and nvidia because although their hardware may be great, the corporations making them are owned by crazy people.

a minor 'bug' in the form of an incorrect default variable in the /etc/SDDM.conf

SDDM does not provide this file IIRC, and as I checked Arch package. How certain are you that you did not create it?

i did not manually create the sddm.conf file, i found it in the etc folder when i looked for it after investigating the numlock issue and found the man page i linked earlier.
i tried to set the numlock to be 'on' in the system settings like normal, but it didn't stick, hence my investigation.

i used the Garuda Dragonized Gaming Edition 210809 iso and when i got to the desktop, the theme was initially set on breeze rather than the sweetified plasma as it should have been.
i had to change the global theme and when i logged in for the first time.

a number of issues manifested with getting it to look like it should, kvantum dark was the same as kvantum visually, there was no difference when switching them. i also had an issue with certain system app windows not using the visuals from any application style theme - the terminal window and the window for the system settings itself.
this seems to have fixed itself with a recent update.

immediately after installation i added another ssd to automount at boot in fstab - this particular action i did during the live session before restarting and logging in for the first time.

once logged in i changed the background image in grub, the login screen and the desktop and downloaded a splash screen from the list of available stuff in the system settings.
i'm experienced as a windoze system admin, but i'm a linux nub so i avoid messing with stuff without thorough research so i don't brick my rig.

i think a glitch happened during the installation procedure, i have not encountered anything like this before and i was at reinstalling a number of times over a couple days due to the open source driver hanging at random, so i tried a few different iso's.
i think this hang happens to me because i have an nvidia SLI setup, but i can't be sure. (godforsaken nvidia)
i also recreated my partition scheme every time i tried an install to avoid problems.

another potentially related issue is when i try to install a package with garuda assistant's 'add/remove software', i get an error message:
[ unable to satisfy dependency 'python-qtpy>=2.0.1' required by guiscrcpy-git ]
but if i install the chosen app from terminal, it proceeds no problem and i have confirmed that i have this python-qtpy package already installed.

i am of the mind that these issues are related, perhaps a read/write permissions thing?

thank you for your time, i know you folks are busy.

P.S.
sorry for the long-winded 'novel'.
to create my livestick i used balenaEtcher version 1.1.7 from Windoze 7, which i have installed on another separate ssd.

I have been messing with this on and off all day, so far this is what I have found:

-I was able to duplicate this issue, and correct by changing /etc/sddm.conf to on from true.
-I have not changed the SDDM theme (installed with ISO prior to garuda-dr460nized-linux-zen-220131), and did not create that file myself.

-Could not find a package that provides sddm.conf , using sudo pacman -Fy /etc/sddm.conf
-The above version of SDDM /etc/sddm.conf is valid and the one with precedence over default.conf and any file in /etc/sddm.conf.d according to man page

The last thing I found, which may or not be valid any more is

Which has the incorrect setting of Numlock=true

I was working an MR for this, but will place that on hold, as I am not sure I found the right file, and await your guidance.

-The /etc/sddm.conf file exists in both the live instance, and clean install
-Numlock=true is set in both, instead of Numlock=on

The garuda-lxqt-kwin-linux-zen-220131.iso also has the Numlock=true setting in the live instance, but I have not been able to test an install or check for a new ISO yet.

Just to rule out a "common settings" area possibly, I entered a live instance of garuda-gnome-linux-zen-220131.iso, garuda-sway-linux-zen-220308.iso, and the file does not exist.

Hopefully, I am providing useful information, let me know and I will try to get what is needed...and not being a PITA.

It seems this file is ages old and was missed to get the proper settings.

I have just fixed it at GitLab and it will be OK for the next ISOs and updated packages.
It will be discussed in the Team for further actions, if it needs a deletion or other.

Thanks a lot both of you!

i just updated @17:45 EST time and got the new 'dr460nized' package and i have previously used chattr to make the 'theme.conf.user' immutable as suggested here and for the same reason:

Theoretically you could write-protect it with the immutable flag sudo chattr +i /usr/share/sddm/themes/Sweet/theme.conf.user Just an idea... There might be better solutions. For example you could name your background Dragon_wp.png, but if we change the standard background (and name) you're lost. So probably the flag is a better option. This is the file which is overwriting your change at every update of the dr460nized settings

i'm curious to know if i need to allow the overwrite for this particular update.
if so, i'm gonna have to do this manually now so i'll just scrape the file out of my package cache and copypasta.

I guess this is the change.

No relation with that file, so nothing to be done in my opinion.

ugh i closed the terminal window, i have no idea off-hand.
i figured it may be a part of the theme fix you'd just done.

No history in fish or bash, sad

I updated a few minutes ago, and I had only few updates, so that one was fresh in my mind

i know!
my brain is foggy lol
i'm quitting smoking and coffee at the same time so i'm really sub-par in the brain case lately >.>

i love Arch.
so simple it seems complicated >.>

i have previously used chattr to make the 'theme.conf.user' immutable as suggested here

if i need to allow the overwrite for this particular update

This is irrelevant to Original Topic, but... why not?

Your previous fix was a dirty workaround, not a solution.

If there is a conflict (overriden values) in some of the sddm configuration files, man sddm.conf shows the file priority. /etc/sddm.conf should be absent, or it will overwrite any settings that conflict.

Check the package owner and report back, so we can fix it. If there is no owner, delete the file and use the drop-in folder and System Settings.