Hmm. Doesn't quite fit in with Gnome, since it doesn't take the dark theme from Gnome and under Settings I only have "Standard"-theme for the window.

Dont ask me about, but is the kvantum thing. IIRC.

Forgive my last OT-post here, but mentioning "kvantum" was quite enough to fix the problem. 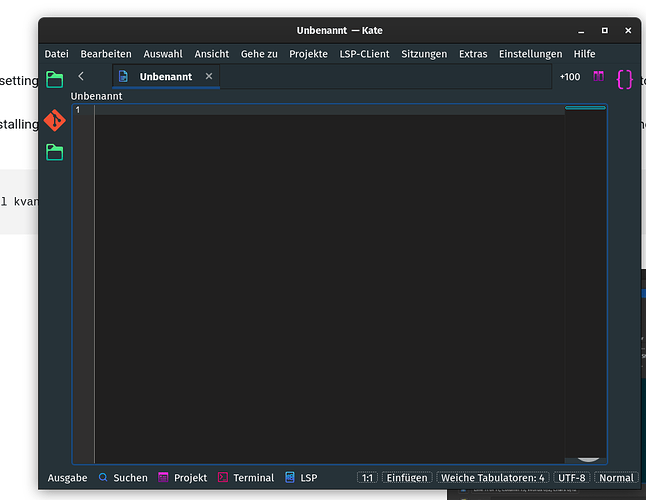 Thanks and good night

Geekbench detected no performance improvement. Duh. I get a boost by having more optimized applications, not by having the CPU actually work faster.

My pre-upgrade snapshots expired so I can't boot on old snapshot to benchmark anymore.

If someone else wants to apply the upgrades, could you run Javascript benchmarks? Firedragon is among the things that get recompiled and thus Javascript should see a good difference.

OK, so did a few performance benchmarks on this: context, benchmarking garuda-cachyos-x86-v3 vs gentoo-znver2.

As normal and previous using ahlp, gentoo (all compiled to znver2) is around 15/20% faster than garuda on some tests. but it's "not felt" ... its only through various hyperfine benchmarks.

the kernel though, cachyos-bore-lto was the one I tested.... focked all the results. both in gentoo and garuda (I copied the kernel installed on garuda to gentoo, kernel, initramfs and modules), in some benchmarks, halfed the times of the tests.

on jetstream bench, it increased 14% the final result.

Probably, what is doing this, is I noticed cachyos is using the new amd-pstate-epp, and it seemed to work wonders. (using zen or xanmod kernels, with performance governor was able to keep up, but amd-pstate-epp does switch frequencies, unlike performance on "normal" amd-pstate).

All in all... bottom line, for amd ryzen users, i would advise using cachyos repo or ahlp (or both) and definitly using cachyos kernel and check if amd-pstate-epp is enabled on cpupower.

Hmm, after installing a cachyos kernel and upgrading with garuda-update, I have the next error

After that, when I reboot and in grub menu, when I select "Garuda Linux". I will have stuff related to "zen-kernel" something and and error "you should load the kernel first"

After updating or installing any kernel system is crushed. Not sure how to resolve this

the kernel is in /lib/modules/$VERSION/vmlinuz

dunny why but didn't work like "other arch kernels".

Try to remove the kernel, you still should have a performance uplift, because of packages x86-64-v3.

Actually the amd-pstate-epp does not bring a benefit in most cpu benchmarks, I have benchmarked all amd-pstate-epp preferences (can be set when using the powersave gov), against acpi and amd-pstate (schedutil, ondemand, performance - powersave is at them not useable), and acpi perf did showed the best result.

Which packages you are missing ?

pstate-epp will need with 6.0.2 then a cmdline parameter to be enabled:
amd_pstate.epp=1

in here, zen2 cpu, it doesn't switch much frequencies... its either min freq or max freq.

Which packages you are missing ?

I don't remember all of them, but for example notice on this recent testing that chromium is missing. its cool that ungoogled-chromium exists, but is not a 1:1 map with arch repos.

But I found amd_pstate_epp performance to be similar as amd-pstate ondemand.
According to my tests here(https://forum.garudalinux.org/t/discussing-linux-kernels-for-garuda-linux/):
The xanmod kernel using amd-pstate gives more battery, and the overall temperature seems lower than the linux-bore kernel with amd_pstate_epp.

But I found amd_pstate_epp performance to be similar as amd-pstate ondemand.

well ... dunno!
I am not invalidating any results, just stating what is happening here on my znver2!

that chromium is missing. its cool that ungoogled-chromium exists, but is not a 1:1 map with arch repos.

We don't actually provide optimized "community" repo(in which chromium is), maybe in future.

I think you have not used the the powersave gov, then you are able to set different preferences.
The performance gov is not really good at the epp driver, you should do following:

Here you can read more about the ppw.
https://lore.kernel.org/lkml/[email protected]/

pstate-epp will need with 6.0.2 then a cmdline parameter to be enabled:
amd_pstate.epp=1

That looks more like a Kernel parm than a Command line parm. Is it?

This command gave me an error

But I could do the same thing with corectrl, so no worries.

As you can see energy_performance_preference is set to performance by default on boot.
So I have to run this every time I boot:

Is there a way to do it automatically on boot?

I have enabled corectrl to start on startup, so it automatically sets the scaling_governor to powersave

Hey tnx for this! I've been trying to find a way to know whether I run or not EPP. So interesting when we read posts and follow all sorts of threads.