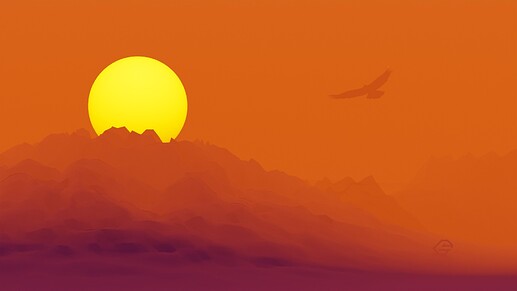 It's once again time for a new release, and we have got quite some nice changes for this one!
Even though December has been a rough month due to big infrastructure changes we still had time to improve a lot of things - apart from much needed QoL changes some of our Garuda applications got some major improvements to how it handles user interaction.

As many of you might have noticed, there was a post about Chaotic-AUR having packages cleared and rebuilt (ChaoticAUR is being cleared and rebuilt ) due to losing the 380GB RAM main cluster. Actually recovering all of our distro-native packages was quite a time-consuming task but we managed to get every required application back fairly quickly.

This couldn't have been possible without the help of Fosshost, which merged our barely-used BigBlueButton instance with our build VM so building wouldn't take as long. Also, Chaotic-AUR as a whole was now split into three clusters which build individual packages - our build VM being one of them.

This being said, Chaotic-AUR will not be able to provide the same amount of packages as before. But that shouldn't be much of an issue for you as the AUR still has it all. The only thing that changes is that your packages now need to be built/compiled at update/install time. Pamac handles this automatically.

Now on to the edition changes!

Since the setup assistant effectively replaced our Ultimate editions it plays a big role for people who need a GUI to install packages. This is now even easier than before due to a major code rework by @TNE which fixed a lot of little bugs - it also uses pamac-installer now for convenience!

All editions now ship with Nextcloud & Bitwarden Firefox addons to encourage trying out these services, also only mpv is shipped as video player as VLC often has choppy playback.

Garuda dr460nized has found a lot of users actually which is why there is now a gaming version of that edition as well. It also has finally SDDM theming enabled by default (what a ride). Theming is even more immersive than before as quite a lot of missing icons have been added, and most Garuda apps now use system icons instead of hard-linked ones!

KDE-multimedia continues where the "regular" KDE version left allowing users which prefer a more "traditional" KDE experience to have a fitting edition.

Speaking of edition changes: as Garuda grows in popularity we have to do some adjustments to how we handle different editions. That's why we sadly had to drop Deepin & UKUI editions as they proved to be buggy even with zero configuration done - things we aren't able to fix as these are upstream issues. This combined with a lack of maintainers for the above mentioned editions unfortunately means that we have no other choice but to drop them.

But there is also some nice news! We have a new team member, @RohitSingh who maintains the new "Qtile" version we added to our repertoire! For those who do not know Qtile: Qtile is a dynamic extensible window manager which is easy to customize. Garuda Qtile uses jgmenu which makes it very easy and convenient to launch application without remembering key bindings. Make sure to check it out

(there is a wiki article on how to operate this desktop)

Some more nice news: @TNE has joined our team to improve the tools we have.

So, apart from the already mentioned changes to our Garuda applications, there is even more: Garuda Gamer now allows multiple choice and installing applications altogether, Garuda Network Assistant got new options as well as Garuda Assistant. Garuda Welcome now allows uninstalling unneeded Garuda applications and prompts to install if a clicked application isn't installed. Most of the code for all these little, useful changes were also contributed by @TNE!

garuda-chroot will correctly handle BTRFS now. The default prompts have been changed to use a patched paleofetch as system info (will print instantly!) and the fish config will also correctly apply ~/.profile.

So that's it for now, only one last note:

As there has been a massive increase of Telegram users lately (962 at the time of writing this post!) its impossible to do proper support there. Please use the forum as a place to search for help!

The forum serves as a big database for all users which means everyone profits from that (only if the user is able to use the search function of course).

While we want to provide support for all users, there are some basic guidelines to follow for successful interaction - all available right in the wiki

Does sudo pacman -Syu update it to use paleofetch? If yes does it also install appropriate config and paleofetch.

Loved working on my* first release with the team! Thanks to everyone who put hard work into this release!

No thats something you would have to manually - its easy tho.

or for zsh users

Loved working on my* first release with the team! Thanks to everyone who put hard work into this release!

Do I get A shout out because it was my git merge request to start the Dragonized gaming edition?

You can have a shout-out for making an unrelated merge request, sure.

Adding the dragonized themes to the regular kde edition(Note it wont be enabled by default.)

Check the comments of the merge reqest

is like a big black X on Corporate Personnel File.

It's really funny when Qtile releases all of my usb sticks die, as well as my flash card

To document such changes the changelang repo needs to be used

Thats only what I saw when looking at the commit history

Oh, yeah.... I have a vague memory of you mentioning this to me before.... Ooops

There has to be some AUR application which is not in the repo after Chaotic reset.. actually sorted out of few of them yesterday already but something might have slipped through

Could you replicate your selections and tell us which application misses so we can fix it?

-Qtile edition came out
-Me: 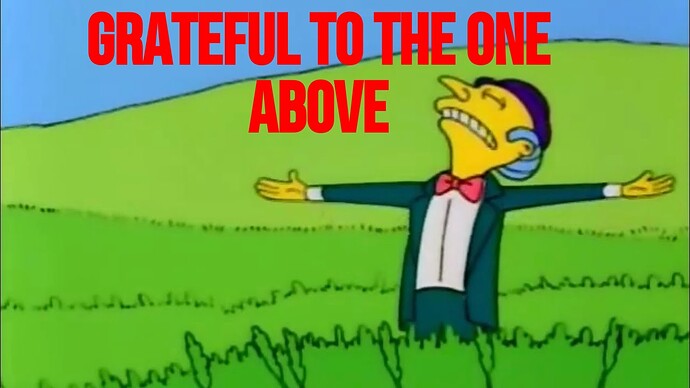 Can I have an image of the Qtile edition?