If I update from Zen 5.11.16 to 5.12.2, I get a really strange graphics anomaly. It looks like a heat haze/mirage with a kind of shimmering, out of focus effect, making the system unusable. Pretty sure there is a high-pitched whistle/whine along with it, but it's almost out of hearing range.

I've updated everything else, and it's just the kernel update that triggers the issue.

If it's a regression in 5.12.2 then you can use linux-lts until it is fixed. You can also try linux to see if it's something specific to linux-zen.

I've literally posted some diagnosis steps you can try.

Ah gotcha. I didn't grasp the point at first. So yep. The standard linux kernel 5.12.2 causes exactly the same issue, so not a Zen specific problem.

Depending on the graphics drivers you have installed you could also try reinstalling them and e.g. rebuilding any DKMS modules but this does just sound to me like a kernel regression.

Have a look through the recent Arch bug reports and see if one matches what you're seeing: https://bugs.archlinux.org/index/proj1?project=1&string=linux&order=dateopened&sort=desc

Until the regression is fixed, you could switch to linux-lts or another kernel that hasn't been bumped to 5.12 yet (e.g. linux-lqx).

This seems to be the same issue with the slightly older version. I'm guessing it's an issue with the onboard Intel GPU and the newer kernels then? Thanks for the pointers. It's pretty overwhelming learning Linux, and trying to fault-find it as well!

I remember having similar issues a while back, definitly some flashy graphics. Iirc, it was a regression in the graphics driver of the kernel so only using linux-lts helped until the regression was fixed in later versions.

Garuda Cloud - Be the change you wish to see in the world.

That would make sense to me, if i've understood correctly, that Intel GPU support is baked into the kernel, and it's the Intel that's in use to pass the display to the screen, even if the NV chip is in use?

I can avoid it for myself by changing kernels to lts, or liqorix, or not upgrading. But how would I go about passing this kind of bug back up the chain, if that's what it is?

Would rebuilding DKMS modules help to verify that it is definitely a bug? If so, then i'd need a bit of guidance on what to do, or a link that describes what is needed.

But how would I go about passing this kind of bug back up the chain, if that's what it is?

From the perspective of a new user you might as well have said "reticulate the splines".

If you don't tell people something might be difficult, just maybe it won't be perceived as such.

Jesu Cristo, I recompiled the kernel, flags and all, the first thing after installing Slackware way-back-when. Why? Because I had read, "that's what you're supposed to do" in some Windows magazine (there being no Linux rags). Did I perceive it as difficult? Not particularly. Did I need to first learn how? Yes, it takes a little preparation, a little reading but mostly just knowing your hardware.

Even if most people never do so, it does no harm in explaining that they can. Bisecting kernels can be a nice learning experience, if someone wants it.

So, take that you old spoil-sport!

I'll have a go at bisecting. It looks like something fun to learn. These days, the struggle is more about trying to digest information. Especially when so much of the terms that explain it, are also new.

Though I do miss "Format C:" to fix everything.

These days, the struggle is more about trying to digest information.

Welcome to The Struggle.

The nifty thing about Linux--or maybe not, depends--is how rapidly it evolves, in terms of Operating Systems. You, literally, cannot keep up with it. That's why Linux forums are so necessary.

Especially when so much of the terms that explain it, are also new.

Btrfs, Subvolumes, Zram, Timeshift--how they're put together and how to use 'em--were new to most of us prior to Garuda. Taken altogether, they make a nice fit.

Though I do miss "Format C:" to fix everything.

Our's is "rm -R*" but don't tell anyone I told you so. We're not supposed to reveal that dangerous stuff to beginners and...oops. Nevermind. Hell, this OS runs on the bleeding edge. 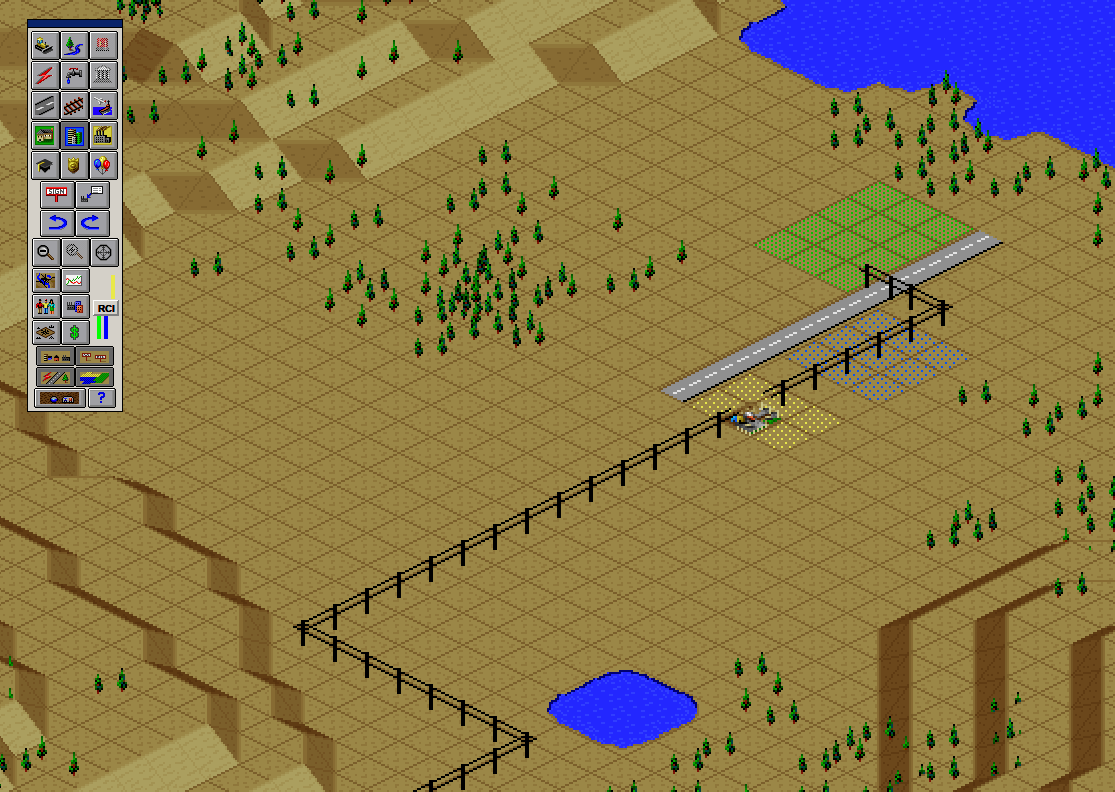 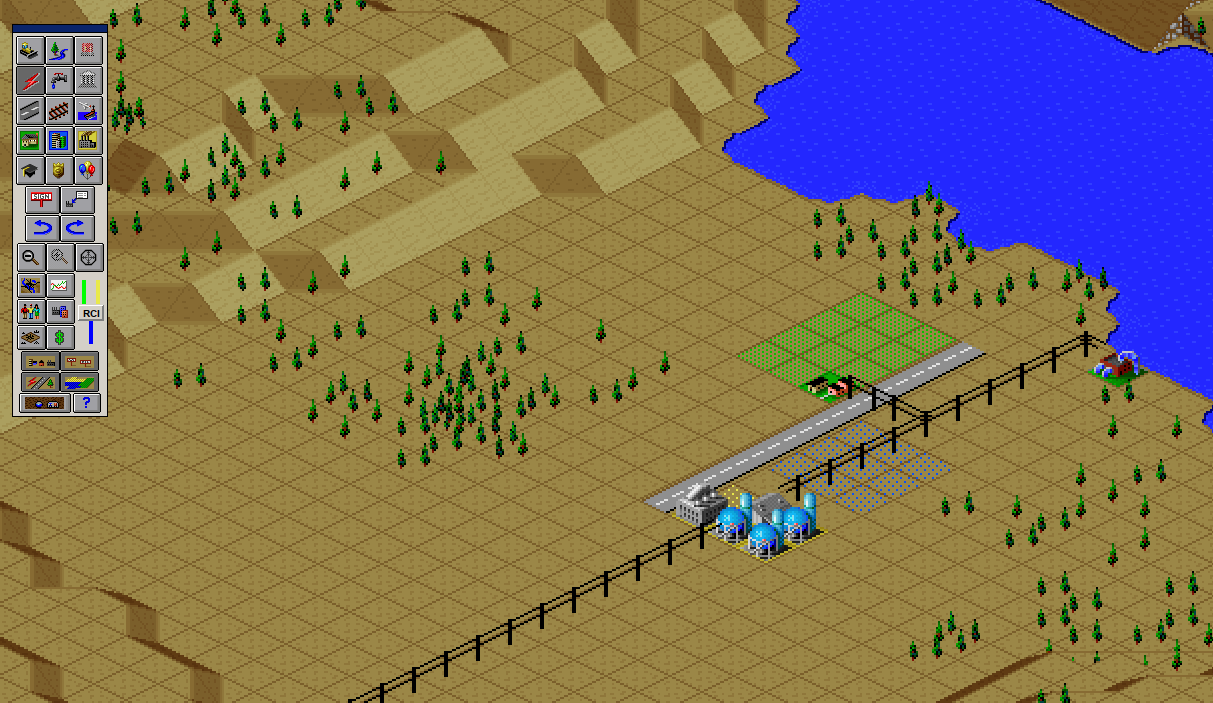 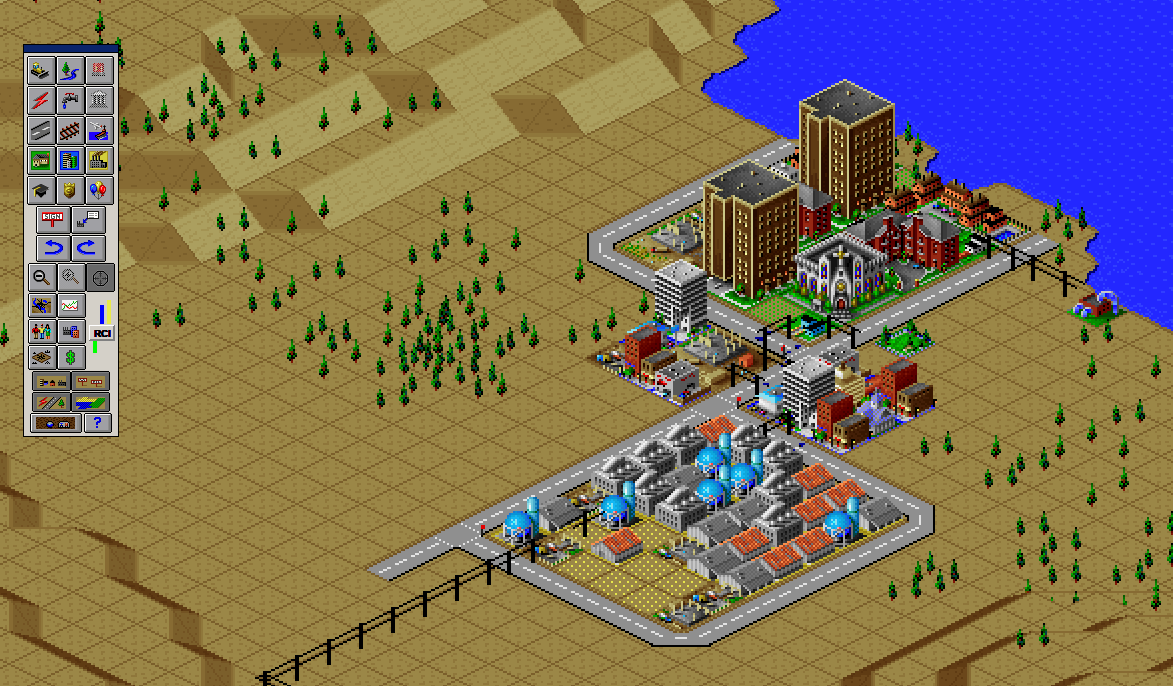 From the perspective of a new user you might as well have said "reticulate the splines".

Always the bloody splines out of reticulation. You'd figure by now they would have come up with self-reticulating splines, or at least a systemd timer that would reticulate the splines on a daily or at least bi-weekly schedule.

WTF, no wonder the year of the linux desttop has still yet to come to fruition. Are all the Linux Devs asleep at the wheel or what? C'mon already, it shouldn't be that difficult to keep the bloody spines in a state of reticulation should it?

This looks like a great tool, but I think it's too late for this. It looks like the dude on the Arch report already had the issue one minor revision earlier. Maybe even earlier if it wasn't picked up by anyone else. I'd have to go testing every minor kernel revision after 5.11.16 to see where the issue appears.

SC2K, happy days! Back then, I spent more time living in the Arcologies than in the real world lol. This, and Railroad Tycoon!

Discovering Linux takes over your life. You no longer throw anything away, if there's even a chance that you can put Linux on it, just for the hell of it. Even worse when you have different distros, with different ways of doing things. But it's free, and a lot of fun! I'm really enjoy Garuda on my gaming laptop though. It's great discovering new stuff like Timeshift, and Zram etc.

Can confirm, that's definitely a very true statement. I'm glad this happened to me, discovering all the stuff & especially open source has been a great experience so far and somehow gives the feeling of contributing to something like a greater cause