I'm having problems with the GUI as shown in the pictures below. It happen's totally randomly and no change was made between it working and not working. Sorry for the bad quality(=
I had to put the colons in front of them as I only had 5 links to work with 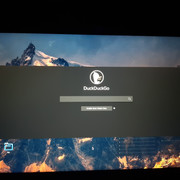 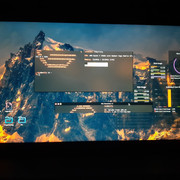 Any help would be highly appreciated.
Thank you in advance!

The questions are also intended as something to make you go away and look, not just answer directly. If it started happening after an update then go and see which packages were recently updated.

Then start latte from kRunner (Alt+F2).

The symptoms are from a compositor/kwin crash.
Do a KDE cleanup

The desktop doesn't update (if I add a file to $home/Desktop, it doesn't show up on the desktop)

This is irrelevant. Set your desktop to a Folder type.

I didn't think the problem would actually be that easy(=
I was a little worried that dual-booting windows and gnu/linux might have had a cause.
And yes, I'm aware of the risks of dual-booting.

Thank you so much!

Thanks, petsam. I've been experiencing this latte crash quite often lately, and your suggestion of killing and restarting latte-dock works reliably to resolve the issue.