What games do you play on Garuda?

Literally I have configured to the finest the garuda linux for my laptop for gaming, if you will play a game like dota 2 then still it will run smooth and will have individual core temp of 65 degree C only but unfortunately i don't have time to play any thing , so my little brother use to play games on it........

After swaping out my RTX 2080ti for a Radeon VII due to driver issues, pretty much all games in my steam library work.

Anyways, not an exhaustive list but here are a few:

For none steam,
All the old Need For Speed games
All the No One Lives Forever games
All the Sims games
SimCity 2013
and even Star Citizen before they just implemented EAC in 3.15.1. Even then, the EAC implementation actually works they just have a broken logic statement on the EAC Linux client where it is treating Code 0 (i.e. a working and valid EAC) as an error and actual EAC errors as valid entries.

So honestly, have no issues gaming on Garuda or any other Linux distro and have more than enough games playable on Linux.

My experience has shown me the biggest issue is the GPU you have AMD/Mesa drivers are just better for gaming on Linux than Nvidia's drivers. So you're more likely to have issues if you have Nvidia GPUs than AMD GPUs. However that is an Nvidia corporate decision not to play nice with Linux desktop issue than a hardware issue. Nvidia cards are great CUDA compute work on workstations running Garuda. Haven't really tested the AMD pro drivers for OpenCL and ROCm yet to compare.

Hey everyone, I dont play modern games like cyberpunk 2077 because my pc is a potato(it has 4gb ram and opengl 2.1[doesnt support garuda linux system requirements]), recently bought a new computer which has

I play:
God Hand
God of War 2
ZombsRoyale
Krunker
Battle for wesnoth(my favourite since my old pc)
There is no game (with Proton)

Finally got Steam to download RDR2 without crashing too many times. The game runs amazingly well even on my hardware. Steady 60 frames on low settings at 2560x1080 and around 40-50 frames at 3440x1440. Performance was much worse on windows.

Terraria, my absolute all-time-favorite game (as you can tell by my profile picture)

All the Tomb Raider games
All the Metro games
Resident Evil 2, 3, 7, etc

All of these games are working. Just minor issues at Supreme Commander, I don't get it why the main menu has about 1 fps xD (just the main menu every other menu or in ingame it is flawless).
As noted, the AntiCheat isn't supported on Linux, knowing how this crap works I wouldn't have bothered to install/activate it on Windows as well. Therefore no real difference here for me. And Satisfactory has implemented the Vulkan Engine anyways so I have no trouble there.
For Kingdom Come I had to chose the right Proton version for my Lutris, then it worked very well, like with FrostPunk. Which gave me menu and overlay glitches at the wrong version.

Can't play Warzone any more using a VM with GPU passthrough. It's probably because of the anti cheat they use, which is supposed to be kernel level. Such a shame. It was the only FPS game worth playing with friends online.

But on a positive note... now that that game is no longer playable, no need to boot into windows. All other games play well on Linux. 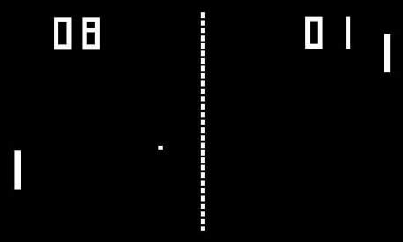 League of Legends seems to be running on Garuda thanks to this Lutris Script.

I suck at LOL!

You just defeated one of the main reasons to use Linux, LOL doesn't work

Jokes aside, did it work?

The main game im playing on Garuda is Minecraft, performance is better than on other distros. I have to check out more games!

Garuda is the only distro that i've been able to play these games without to much configuration. They do a amazing job with the gaming edition and looking forward to linux gaming in the future..

You just defeated one of the main reasons to use Linux, LOL doesn't work

I know exactly what you mean. It's proprietary as hell and owned by Tencent.

Jokes aside, did it work?

Nope, it goes as far as champ selection. After the countdown stops it crashes.

But my brother gave me some word of advice to rather leave it.

Crysis runs great on Garuda. I made a short video with OBS.

Can It Run Crysis? Garuda Linux Can!