[This is applicable to all other Titles in 'Epic Games']

First of all, if you want to learn about:
Gaming in Linux, Heroic Launcher, Wine, and Proton you can refer to these links -->

Now that you have got the idea about all this, you need to install the required software:

Now that you have installed the prerequisites, let's jump into the installation process:

ii) now change the settings so that it matches this picture iii) Now you need to install a Steam game if you don't have any.
In this example, I am using Fishing Planet

iv) Now, go to the properties of your game v) change the settings so that it matches this picture: vi) Now launch your Steam game, Steam will install Proton for you on launch. 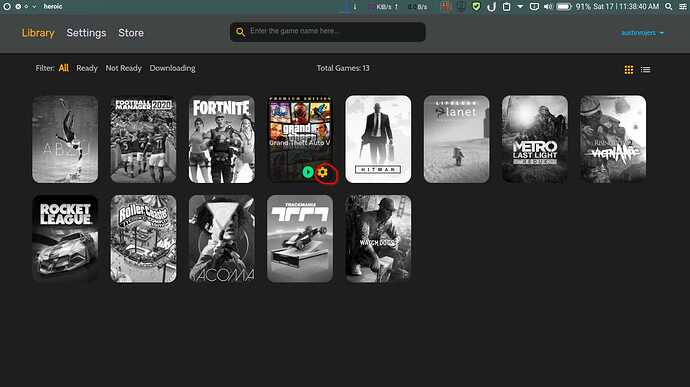 IN LAUNCH OPTIONS IN SETTINGS 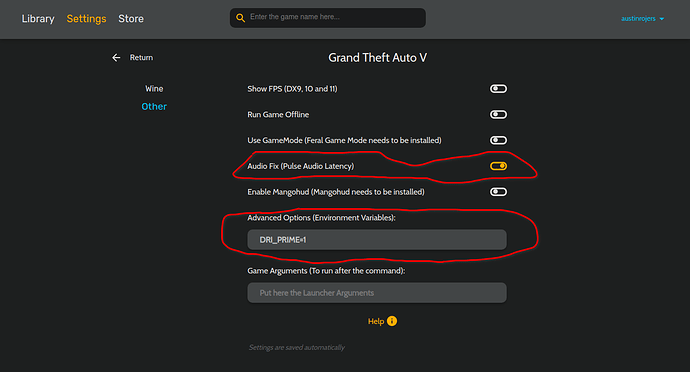 This post is a simplified version of this one: https://forum.garudalinux.org/t/heroic-launcher-gta-5

Yay, another post for gaming on linux page on the wiki!

I only posted it.