Starting the integration of Snapper in testing isos

You might have noticed that there has been some action going on regarding integrating Snapper better in our Garuda Assistant. Our next release will ship Snapper instead of Timeshift as tool to handle our snapshots 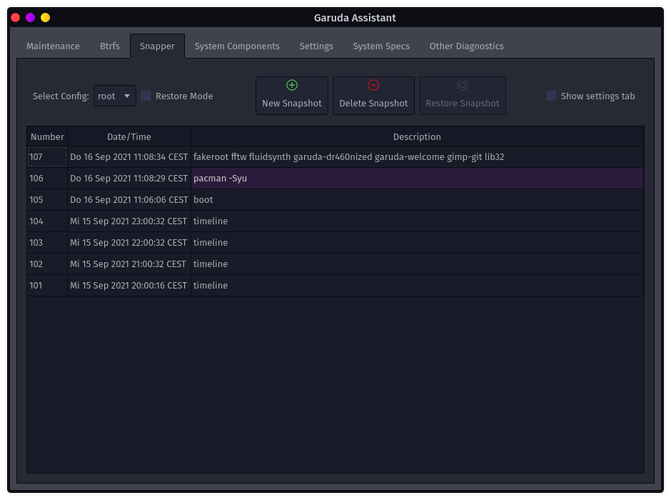 Why Snapper instead of Timeshift? @dalto did a great job at outlining advantages in the dedicated Garuda Assistant testing threads. To give a quick overview:

Apart from that, integration with GRUB and the system itself stays mostly the same. The great thing about this is that we get a native way of handling snapshots in our Garuda Assistant!

While it is certainly possible to convert a system using Timeshift to Snapper (installing snapper-support should be enough at this point - this will setup the needed configs and remove Timeshift), we will ship Snapper out of the box soon and need some people to test our new isos. Some testing has already been done by team members (eg. I'm running a fresh installation using the test iso) but we feel that we need some more feedback before releasing a major change like this.
A fitting dr460nized iso is available here: https://iso.builds.garudalinux.org/iso/garuda/dr460nized/210916/

At this point also a big thanks to @dalto for taking care of integrating Snapper with our Garuda Assistant app!

Looking forward to your feedback, thanks

I've been following the development of Garuda w/Snapper and wondered when it would be ready to be more widely tested. Now we know.

Kickin' off the day with Maui Wowie and a whole new Garuda installation.

Oh nice I am very happy to see this

All went well. Everyone--especially @dalto --has worked hard on the new assistant. This is a keeper.

Then rebooted into a Snapper snapshot (had one spurious error msg)

When you boot into a snapshot you will get some minor errors because the snapshots are now read-only.

It is actually possible to work around those but I think it is probably better not to by default. In most cases, when you boot into a snapshot, you shouldn't be using the system. You should just restore the snapshot and reboot.

You should just restore the snapshot and reboot.

I believe that was the actual procedure used. It was just my poor expression of it.

I believe that was the actual procedure used.

Sorry, I was using the general "you" in that case. I didn't mean you, specifically. I probably should have made that more clear.

This is really cool! One of the reasons why I would always personally use Timeshift on other distributions instead of Snapper was because there haven't been any good GUI tools for it, but yours seems really complete.

I do have to ask, though, I've always been confused on how to restore snapshots with Snapper via the CLI and while not having booted into a snapshot like how Timeshift does it. Is there a way you can do that?

I've always been confused on how to restore snapshots with Snapper via the CLI and while not having booted into a snapshot like how Timeshift does it. Is there a way you can do that?

Snapper doesn't handle restores at all because suse handles this using the default subvolume and their specific layout. If you want to restore a snapshot you can either use Garuda Assistant GUI or do it manually via the CLI. It isn't that hard to do it manually but it isn't a single command like timeshift.

i wanted to try to test this as a newbie, since i have little clue as to what i am doing at all, but i was able to install the iso in a vm, i did nothing to configure snapper... and was still able to boot into a saved image,,, just had one error. 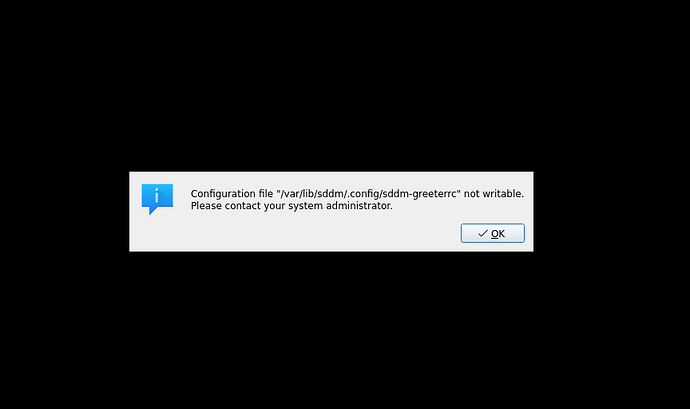 this was when everything was booting back up, but i still was able to boot to the image i wanted, personally the only thing i had a hard time with was when i was trying to select a image, i could not tell which one i was looking at since i did not rename it, they all looked like the same default name, i am sure i could have made it to show the time and date first, but this was just straight out of the box..

all in all, it was still simple to use, and did what it was supposed to do for me.

just had one error.

That is normal. It is because the snapshot is read-only.

great! then i was able to run this with out any issues, is it possible to have a default name generate as the date and time? i think it might be easier to know which snapshot your looking at in the grub list. for me that was the only hard part, figuring out which was which because they looked exactly the same in the menu ... if you need i could try it again and get a screenshot of how it looks on my end.

The date and time should be there, like this: 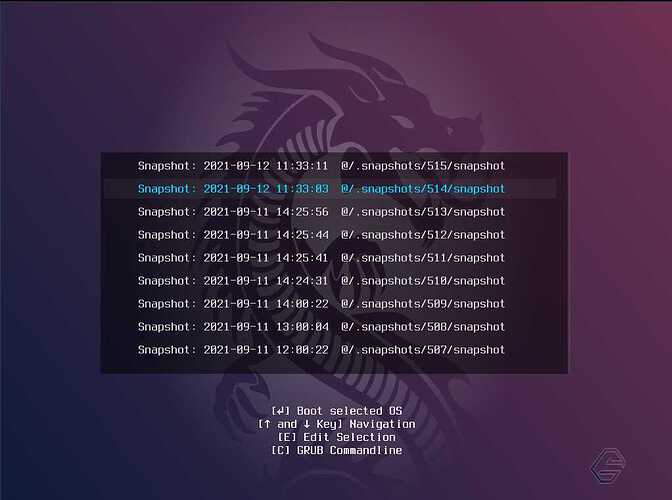 mine looked a little different, i had a small window and could only read snapshot : 2021
just a few mins and ill try to get a pic for you

Edit : could i just be dumb and in a VM so my window size is not correct? 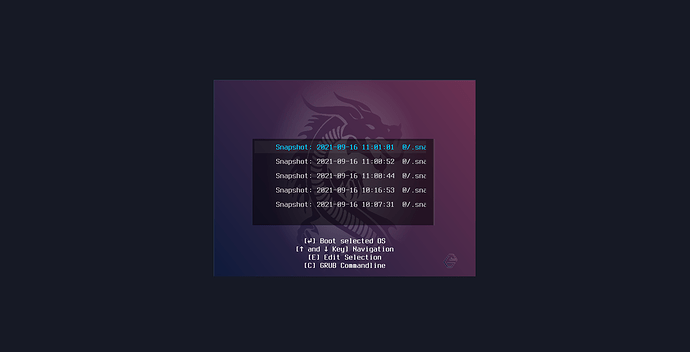 could i just be dumb and in a VM so my window size is not correct?

Yeah, from your screenshot it looks fine if a little small. If you were only getting "Snapshot: 20" that must have been a crazy small resolution.

If you were only getting "Snapshot: 20" that must have been a crazy small resolution.

yeah im not sure what was going on but the VM was making my whole computer go crazy.. but anyways im glad i could help in any way,,,

This is an exciting development, as Timeshift has been giving me headaches ever since I started storing them on my PC's SSD as opposed to the system NVMe (hopefully it'll be of little consequence soon but the program always thought I was booting into an existing snapshot when I wasn't. I could never figure that one out)

Thanks team! I'll try to do some testing and report back with any findings.

I have been following the development of Garuda Assistant with Snapper. Cool new feature, Love it .
Definitely gonna try this new ISO.

Is this for barebones: https://iso.builds.garudalinux.org/iso/garuda/kde-barebones/210914/
?

Is this for barebones 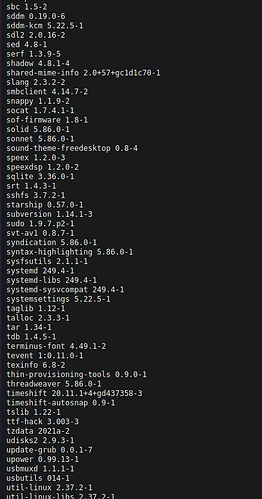