Solarus is a game engine and GPL licensed. Did their developer request it to be removed from Chaotic? Since I don't see it there, while it is on AUR. See here:

When was it in Chaotic AUR? There was a full rebuild a little while ago, The recent Chaotic-AUR repository rebuild

I don't know, if it was ever in Chaotic. As far as I understand, does Chaotic contain all AUR content, unless specifically requested to be removed.

I don't know, if it was ever in Chaotic.

If you don't know if it was in ChaoticAUR, why would you imply that the developers asked for it to be removed?

As far as I understand, does Chaotic contain all AUR content

No, it doesn't build the whole AUR (and has never done so).

Well, nice to know. How to submit a proposal? 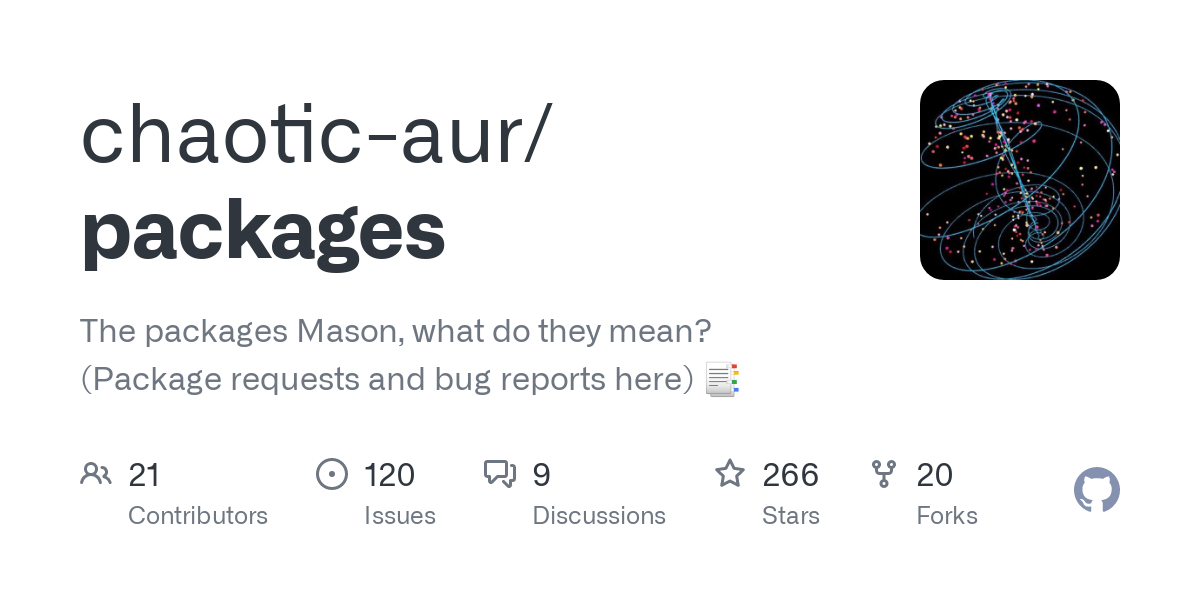 The packages Mason, what do they mean? (Package requests and bug reports here) 📑 - Issues · chaotic-aur/packages

A tough one... imagine Garuda needs to rebuild the WHOLE AUR into chaotic