This is the place for random off topic silliness.

too damn many Es 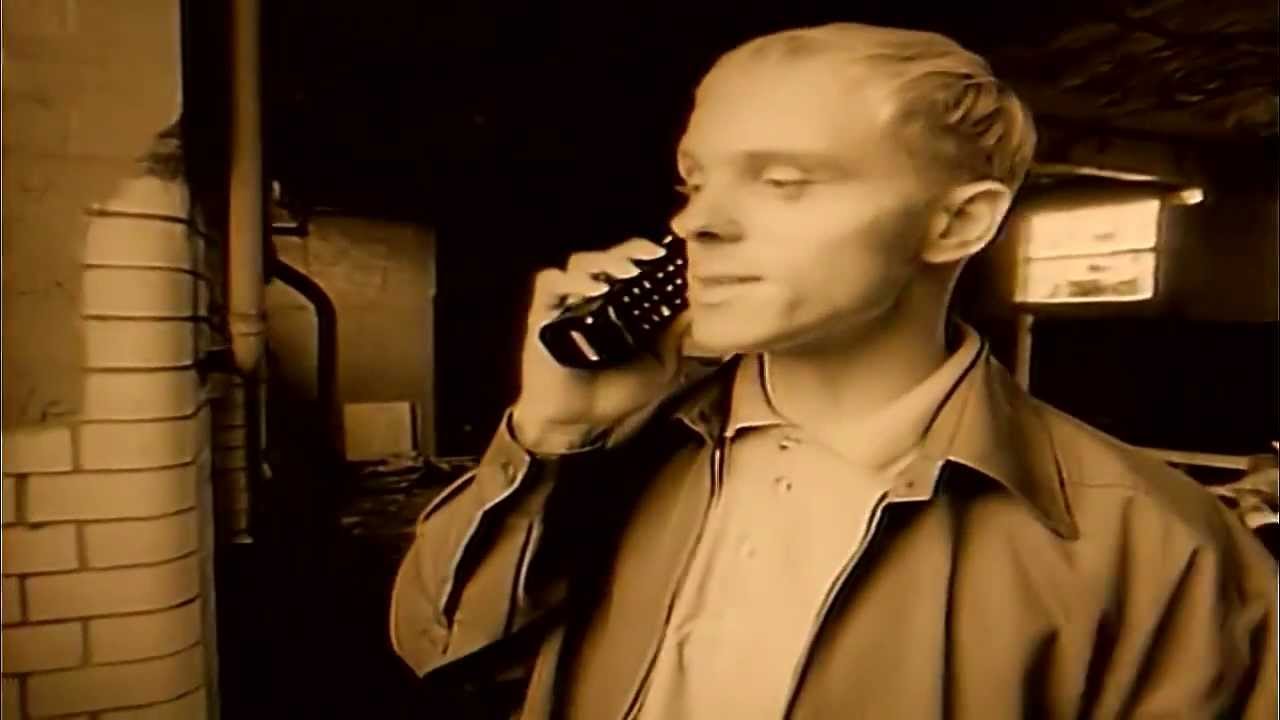 I always thought the English had strange tastes. This video confirms it.

The first part reminds me of a cannabis strain I am now consuming called, "Where's My Dog?"

With a name like that I'm imagining it gives the user a serious case of the munchies afterwards.

Aaah a classic from my younger years. I also remember this becoming “banned” by the beeb when they found out the real meaning! Bunch of stuffed shirts that they are

With a name like that I'm imagining it gives the user a serious case of the munchies afterwards.

Except I got the name wrong. It's actually, "Where's My Bike." 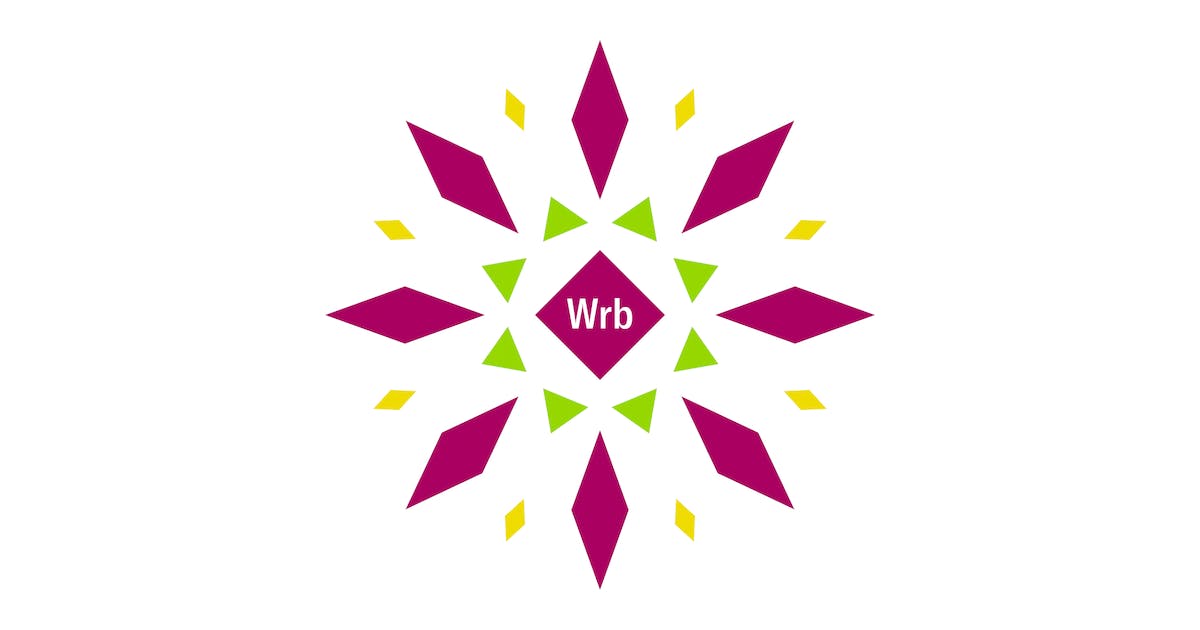 Where’s My Bike by Karma Genetics is a high-yielding cross of Amnesia and Biker Kush that gives way to a pleasant and heady buzz. This strain is known to produce a solid mixture of terpenes including caryophyllene, terpinolene, and humulene. Utilize...

The name reminded me of the movies,

And this scene about the "Help Me Get Home" strain from Ted 2:
https://www.youtube.com/watch?v=GY4iLKycKWw

I have no idea how I got the name wrong.

Ya I wonder, perhaps they need to invent some drugs to improve our memories that all the other drugs dull.

Hey @zoner, you should pop in more regularly. It's nice to see you here.

Be sure to give me a shout if you have any wifi issues. I feel like the Maytag repairman around here. The distro's networking aspects are so well put together that I rarely see network help requests.

Hey, I still am on the m forum and just yesterday, someone asked what happened to you. A couple of bland answers and then two members posted that you were now on Garuda. Oh, I have to tell you this, the guy who made the original post mentioned how impressed he was with your writings and help. He said he could not find them on the site. If you have drafts of some of those, post them here.

Well it's nice to know some members still remember me there. Thanks for that tidbit.

I have endless networking notes. I save everything network related that may be useful. I could repost some of my tutorials. But there's 2 problems with that. They use different kernels and drivers than us in a lot of cases. The other thing is @librewish knows his networking inside out and he's set the networking aspects up flawlessly. He's included the kernel headers that all dkms drivers require (they don't) as well as many other useful drivers by default with the distro.

My old reference notes would have to be modified extensively as both distros differ substantially with regards to networking. The simple fact that Garuda includes the kernel headers results in far fewer help requests. The extra drivers we include also reduce the help requests substantially. The other thing is there just doesn't seem to be a need for those types of tutorials here as there's hardly any network issues with Garuda.

If we had the number of networking
issues here like there, I'd definitely work on updating my network tutorials to post here. To this point there just doesn't seem a need as I could count the number of Network help requests on one hand on the Garuda forum in the last months. Even with those low numbers at least one of those help requests was from an M user masquerading as a Garudian. Terminal outputs don't lie, but sadly people often do.

Good decision, especially since there will only be Garuda (lite)
with the exception of
KDE Gaming (ultimate).

I do, too. It is a fine place from which to start.

Ditto this, as well. Other than the somewhat laborious task of working through the System Settings (using Plasma as an example), tweaking the system takes me the most time after a vanilla Arch installation. It's a real PITA if you ask me. And I don't usually take all the steps Garuda does. So I prefer the Garuda (KDE) Barebones spin so I don't have to deal with setting up BTRFS or ZRAM or Timeshift.

I don't really like the other spins that much because then I have to deal with Latte and the abhorrent (to me) top panel appmenus (it's an easy fix--but it took me a while to determine it).

So for me it's the Garuda Barebones spin, BTRFS, ZRam, and tweaky tweak tweaks!

Small tweaks may not make much real-world difference on newer, fast machines, but how many of us are that fortunate? And for how long? I've got 3 laptops, the newest being a 2014 model. That's the only one, the 2014 model, where I've so far installed Garuda--and it shines.

B-tree file systems are simpler than one might think (I think).

But working with them requires different terminology than Ext2/3, 4, and ReiserFS, the ones with which I have experience. But it's only terminology, so go on--getcher feet wet.

I will admit that all of the 'btrfs device' command stuff had me totally confused for awhile, especially after reading all the articles, manpages, and rabbit holes regarding BTRFS. OMFG! But afterwards the fear goes away. There is also a lot of wrong or incomplete information about BTRFS out there, I'll say that for a certainty. Probably written by people who've never dealt with it. I haven't quite reached journeyman status with BTRFS, but neither am I afraid to work with it as my FS in Garuda or any future vanilla Arch installation. BTRFS is extremely flexible.

I should be thankful for the learning opportunity, I suppose. I thought I had reached the age where one does not want to learn much more 'new information' but that turns out to be not true...apparently.

Anyway, I digress (he said). I don't have to deal much with it or setting up ZRam or the other tweaks, because Garuda has already done so. And they are sane tweaks, at that. You can examine them on @librewish's project GitHub page: https://github.com/librewish/performance-tweaks

EDIT: And @Yorper! Thank you. (thanks for the heads-up, @tbg)

Hiya @c00ter. I'm so glad you decided to hang around and test out the distro. To be honest I didn't think you'd ever actually install Garuda. I just figured you might hang out on the forum in our group PM for a laugh, butt I never really saw you running anything but Arch these days.

To be honest I felt just about exactly like you at first, because Garuda was so new as @librewish and @SGS had only just started the distro up in the spring. Honestly, I wasn't so sure about btrfs for the longest time as it's hard to teach an old dog new tricks as you well know.

However all my misgivings soon evaporated after actually installing it. Once I started hanging out here @SGS AND @librewish basically press ganged me into joining the team. To be honest, I really wasn't sure that was a good idea at the time either as I have a rather abrasive way of dealing with people sometimes.

However, now I'm extremely glad I did because it feels good to get in on the ground floor of a fledgling distro and watch it flourish. I see this distro as having the potential to be one of the most popular distros out there in a years time. The word is spreading quite quickly that Garuda is "THE" new distro to try out.

We have a great team of people here and I don't think things could be going any better for such a new distro, Honestly, even I am surprised how well the distro is doing and how much I like using it myself. My KDE install has been rock solid and I'll never use anything but Arch or a derivative of Arch on any of my machines,

So, I'm loving it here as you couldn't find a better group of people. I'm so glad you decided to stay here as well c00ter. I hope you had a good Thanksgiving down there on the other side of the border.

PS. you forgot about our friend @Yorper who's now overseeing the Xfce edition. So for you Xfce lovers out there, I think you're in for a treat because I've run @Yorpers spins he's developed in the past and he's a real pro at it.

I just figured you might hang out on the forum in our group PM for a laugh, butt I never really saw you running anything but Arch these days.

If "you are known by the company you keep" is a true statement, then I'm in the right place. Sure, there are differences between Garuda & Arch (or distro X & Arch). Arch, for the time I've run it, has never pushed me out of my comfort zone. In fact, it had become downright boring. And boredom and I are not friends.

So, yeah, I was attracted here by the other people here--the fine people who created Garuda, promote Garuda, and populate the Garuda forums --most that I've 'known' for several years. I love the laid-back feeling of the forum and those who make it so. That being said, why would I not want to see for myself what it was all about? I mean, duh!

I am fortunate in that I have more than one machine. Other than my newish 9th Gen desktop, I have three laptops of various ages, the newest being an early 2014 4th Gen. I've been puzzled with what to do with the laptops--I may mix 'n' match parts from two of them--leaving me with two decent laptops with which to play. I had CentOS 8 on the newer one, but it, too, fell victim to boredom.

So, at least for now, Garuda is not boring! I've never thought about BTRFS + Timeshift...or ZRam...or...some other stuff. My needs are few, application-wise, and I've never believed in more than one tool for the job, so a slim KDE Plasma in Arch has always been more than sufficient for my needs. That doesn't require much work, and I'm lazy. Nor does it push me to acquire any new knowledge.

So I tore apart the three Garuda spins I like, Dragonized, Lite, and Barebones, to see what made them tick. Other than the number of applications or window dressing, their underlying Garuda base & subsystems are all the same, and they're sane. And that's the part I was most interested in, because that's what Garuda is really all about.

This is not just another Arch spin + a few different apps + window dressing. The makers have put a lot of thought & work into a really optimized subsystem. And when I call it a 'boutique distro" I don't think I'm all that wrong. I don't think Garuda will ever be all that popular, because I don't believe most Linux users--even Archers--will spend the time to inspect its guts to see what makes it tick. And that's a shame. But those that do will be just as tickled as I was to see what's what.

I know the next vanilla Arch I install will use BTRF and have many of the same optimizations found here--I'm not above petty theft. And if imitation is a sincere form of flattery, then that's true here. Of course, it may be easier just to install Garuda.

Pronounce in India is "Garuuuuud"

Gouda, in American English. So you're saying Garuuuda is Gouuda?

And if imitation is a sincere form of flattery

What i wanted at start was just to create manjaro clone but with arch repo and btrfs.