On my Garuda KDE Dr460nized installation, the icon from the default icon pack (BeautyLine) for the program "IntelliJ IDEA Ultimate" doesn't get applied. I checked if the icon exists and it certainly does. Setting the icon for the program (Application Launcher -> IntelliJ IDEA Ultimate -> Edit Application -> Click on the Icon -> Select the one from the icon pack) manually works but it resets after restarting the PC.

I don't know if these issues are related but I just want a working icon for that program.
Can anyone help me?

Hi all, I'm still learning my way around KDE. I modified the .desktop file for an application because it wasn't using the BeautyLine icon that comes with Garuda Dragonized. It now shows up correctly in the task bar which is part of Latte-Dock if I understand correctly. However, the original icon for the application (Joplin) still shows up in the Task Switcher, which is a separate application, again, if I understand correctly. How do I get Task Switcher to use the icon I specified in the .des…

I changed the value of the icon in ~/.local/share/applications to jetbrains (Icon=jetbrains) and the icon of that file changes in Dolphin, but not in the taskbar or application overview. Additionally, it resets after a restart too.

Did I misunderstand something?

You edit all .desktop file, maybe also in autostart?

It might be relevant that I installed IntelliJ IDEA Ultimate through the third-party "packet" manager Jetbrains Toolbox, which is the recommended way of installing the Jetbrains IDEs.

Go to that location and replace the icon with the one you want.

Oh, that's such an obvious idea and I thought that it'd work...

Apparently, it even resets that icon... But only if the application is either pinned to the taskbar or as soon as I search for it in the application list. Why would it do that? How can I prevent it?

@SGS it's not a typo

It's an insane idea, but if it's paid software, they'll know what to do with it?

JetBrains is a cutting-edge software vendor specializing in the creation of intelligent development tools, including IntelliJ IDEA – the leading Java IDE, and the Kotlin programming language.

Or write a start script to change the icon you like.

So I should ask their support for guidance? Sure, I can do that, but I thought that it's a problem with KDE.

I thought that it's a problem with KDE.

Ok, then you must ask KDE

Even if its a problem with KDE we cant provide solutions for everything. Sure, some things can be fixed but we dont know solutions for everything people want to do, thats rather impossible. Also keep in mind that software level changes are still done upstream which is the reason why actual bugs should be reported at the real bugtracker.

Sure, I know that and am not blaming you, I'm happy to have the support here

I did some research and apparently this is a known bug with the Jetbrains Toolbox that's open for over 4 years now: https://youtrack.jetbrains.com/issue/TBX-1470... I'll just try to write a script to replace the icon automatically I guess.

I did some research and apparently this is a known bug

It would be nice if everyone did that especially before opening a thread here. 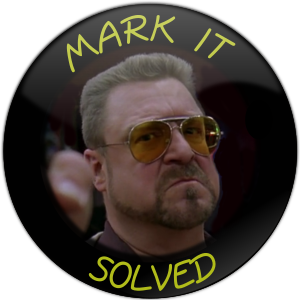