Hi guys,
I really want Garuda Linux for my school laptop (surface laptop 3, i5 10th gen, 8g ram) however I emailed my school and they said that they only supported windows and mac. I know that the site says that there will be issues when dual-booting your computer but I've seen some tutorials where the person successfully duel booted. 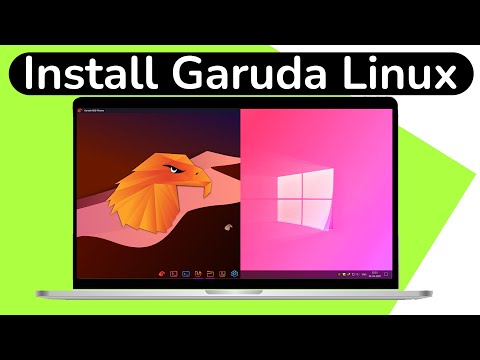 I have also tried running Garuda Linux on a virtual machine and it is really buggy. I understand that Garuda is meant to be used on real hardware but sometimes the writing glitches, the wallpaper disappears, the system crashes, certain elements such as the calendar and search bar disappear, I can't open certain apps and I can't install anything from Garuda gamer. Are these real problems with the distro or just virtual machine compatibility issues?
Thanks in advance:)

First of all welcome to the forum!

I know that the site says that there will be issues when dual-booting your computer but I've seen some tutorials where the person successfully duel booted.

Well, dualbooting is not hard actually and it works if done right. However, there are issues such as Windows overwriting Garudas bootloader which needs some manual intervention if it happens (namely chrooting into Garuda & reinstalling the bootloader). Therefore we don't provide support for dualboot scenarios as it will definitely cause a lot of forum threads if the person who is dualbooting isn't prepared for it.

I have also tried running Garuda Linux on a virtual machine and it is really buggy.

We don't create these recommendations for fun. Alacritty (a terminal emulator) for example is used in some of our applications and won't even run without hardware acceleration which effectively breaks these applications (most likely the reason why Garuda Gamer did not work for you). The same for visual effects & compositing, these dont work well in virtual machines.

Thanks so much for the speedy reply the Garuda team is great. I remember trying to ask for help on a small forum for my mouse shudders.

Well, dualbooting is not hard actually and it works if done right. However, there are issues such as Windows overwriting Garudas bootloader which needs some manual intervention if it happens (namely chrooting into Garuda & reinstalling the bootloader

Ok that sounds tedious I won't duel boot then

Depending on how beefy your hardware is (and of course taking into account the use case) running Windows in a virtual machine might be a possible solution as well.

My laptop will not have fun running a virtual machine.

I had thought this was a typo/misspelling, but considering how Windows overwrites boot-loaders this is a perfect description.

If you dual-boot, Windows will make fun of you.

however I emailed my school and they said that they only supported windows and mac.

If you can provide your own Linux support, you may stand a chance with them. Sometimes the only real requirement is running/using Microsoft Office for class assignments. LibreOffice will substitute, but not in every case. Get to know your school's IT people--they should know the real reasons.

You can, however, install Windows as a virtual machine and you should be able to install and run Office in that. Microsoft has prepared Windows 10 VMs available for download, free. I tested one in Arch + GNOME a few years (3-4?) back, and it worked. I didn't test installing applications in it, however.

Was thinking - you could boot a USB thumb drive to use Linux, and just partition off a bit of the internal drive for storage. You could even make the USB persistent so you can update, install software, etc.
Maybe even get a USB external SSD. This would make dual-boot a snap (as in snap in the drive), and no amount of Windows boot loader shenanigans would make it a pain in the patootie.

I detest Windows, but Windows owns the school systems in many countries because of all their "generous" donations. I feel for you.

As @c00ter suggested , Running Windows in Virtual Machine with Garuda on your hardware seems best to me. Garuda will be sift on hardware while windows on vm doesn't slow / hang ur pc permanently. Both Os now have developed Virtualisation & Virtual Machines best compared to before (hypervisor)

For some small programs which needed tove executed as exe , try wine (trying to avoid 2nd is as possible).

For apps not in aur , search for appimage version (compatible in all os).

Some apps(like if u r engineering, Designing, visualisation) dont even demand win os ,just its framework which many foss app provides.

3D Creation & rendering is good on windows as i know

Beyond this if u still need windows , i suggest you windows 7 (stable no hiccups) or 8.1 if needed mew features.

however im pretty sure the school doesn't like Linux because some of the family programs they install are not compatible with Linux as well as most of the office apps. Also if my computer breaks then they will not help me as they probably don't know how to use Linux and have already told me not to use it in the first place.

Libre office sounds great except that I won't be able to work with my friends on the same doc at school. I might switch to it for everyday use. Thanks guys for all the help:)

So I would attach a separate usb drive, download Linux onto it and boot up with it? I was also thinking, what if I just disable Windows updates, would that fix the boot problem?

So I would attach a separate usb drive, download Linux onto it and boot up with it?

I was also thinking, what if I just disable Windows updates, would that fix the boot problem?

It would, yes - but remember that also means Windows would become less and less secure over time.

I like the first idea and I might try it later, I also don't mind windows becoming less secure as I won't be installing any programs besides the recommended school ones.

Is anything missing or still Windows is required for any reason?

If someone forced me to drink a sponsored poison...

Not sure if this will help but I dual boot. Windows boot loader and grub are or different partitions to prevent windows from messing with grub. But I have the ability to choose the boot loader in my bios and grub just knows windows is there. You might have that option in your bios as well.

Im fine with using Linux as a main except that if I have a problem with my laptop eg: school wifi app doesn't work, then I go to ict and they might give me a detention for not following their guidelines or something

You can test with live USB in your school. If it works, the installation also works. I would suggest you to try one or some days with live USB (it doesn't save anything btw, every reboot is fresh and new with the USB).