I tried setting up zsh to work and look like fish since I already had some aliases and scripts that worked better with zsh. I used part of the provided .zshrc from garuda, but I saw that paleofetch was missing, so I added

Run paleofetch if session is interactive

Unfortunately even without the if condition, paleofetch crashes zsh. The output is this 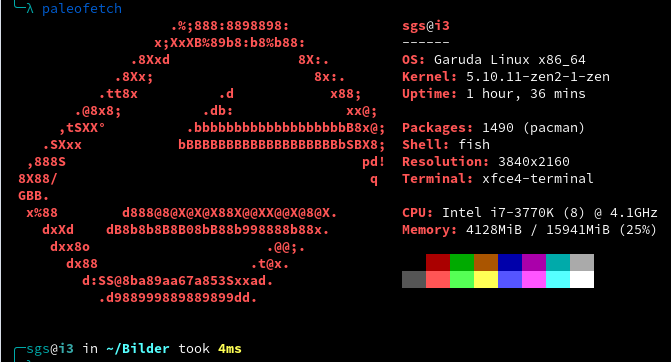 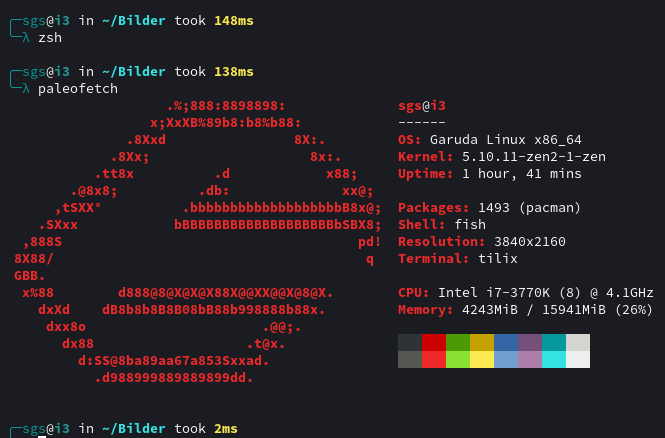 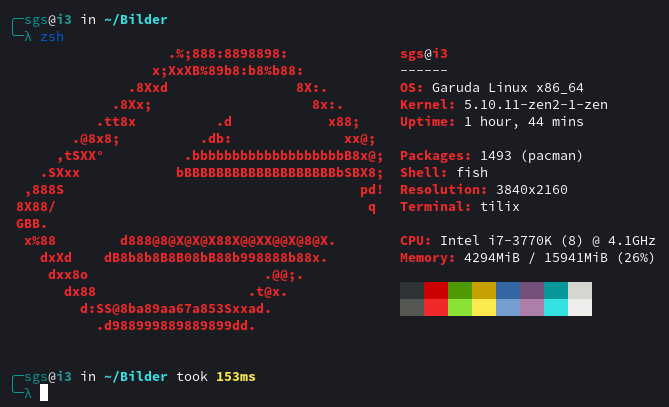 I think that it has to do with launching it from a gnome shortcut. For some reason if I launch it from albert launcher or from the apps list even after login there is no problem. But if I launch first thing after login with CTRL+ALT+T it goes seg fault

After some testing the error occurs not only in tilix but even in other terminals if I launch them the first time using a gnome keyboard shortcut. I tried setting a shortcut for gnome-terminal and launching it after login and the segmentation fault occurs. I really can't think of a reason for this kind of behaviour