Damn, I've tried to run this on lutris with any distro and it seems Garuda is the winner!!

What do you guys do that separates gaming from the rest of the Arch distros?? 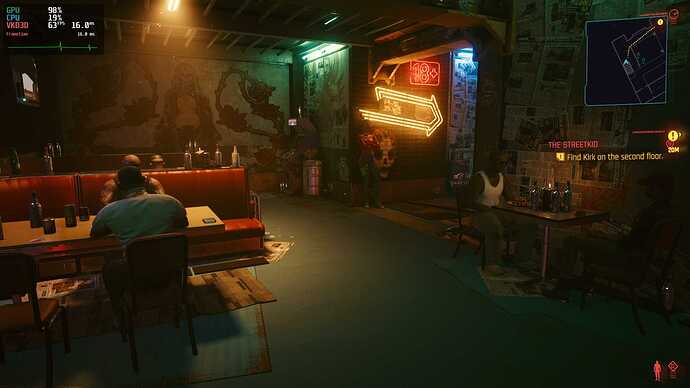 I guess its that linux-zen kernel that does some magic!

What do you guys do that separates gaming from the rest of the Arch distros??

The devs here snort copious amounts of magic fairy dust, and joust daily on Unicorns to keep in top form.

Is it a GOG or a Steam version?

Its only running on amd systems with a specific mesa version as i know.

Installed as GOG using Lutris and using wine tkg fsync esync on 5.11.16-zen1-1-zen kernel running on DXVK 1.73, it does freeze up after an hour of playing and have to restart lightdm.

However it does play which I find is impressive. This game has many issues even on windows with various systems, I'm running AMD 3900X paired with 5600XT.

I tried with the LTS kernel didn't seem to launch but when I switched to zen kernel it worked. Even manjaro wouldn't launch not sure why but glad its finally working such a good game.

try tkg kernels too, and mesa-tkg. But on my system mesa-tkg causes Xorg to crash, maybe on yours it will crash too. So be careful. I heard a couple of times about launching Cyberpunk, and almost always it mentioned tkg.

well its running fine for me its playable. I just save often and if it does crash I do a alt + ctrl + f3 login killall to lightdm and relogin and relaunch. So its fine for me I am happy with it.