Hello!
The background of the day was an Eagle (see picture), and then I asked me the question, why chosing an Eagle as the OS "Mascot"? Many Hardware or OS uses fruits, like; Apple, Blueberry, Raspberry, Mint, etc...
I don't complain about the logo, I was just wondering, why an Eagle. 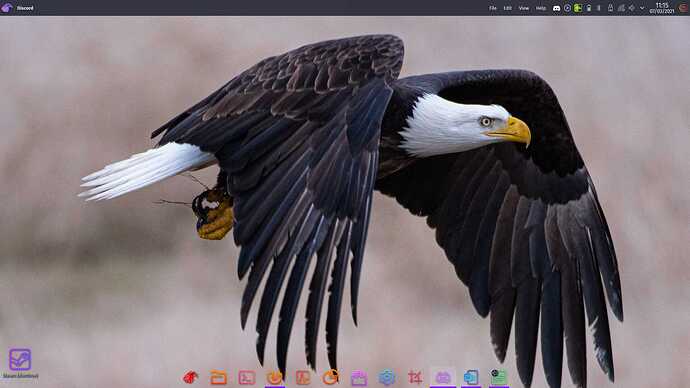 Garuda (Sanskrit: गरुड Garuḍa; Pāli: गरुळ Garuḷa), also Galon or Nan Belu in Burmese and Karura in Japanese, is a legendary bird or bird-like creature in Hindu, Buddhist and Jain faith. He is variously the vehicle mount (vahana) of the Hindu god Vishnu, a dharma-protector and Astasena in Buddhism, and the Yaksha of the Jain Tirthankara Shantinatha. The Brahminy kite is considered as the contemporary representation of Garuda. Garuda is described as the king of birds and a kite-like figure. He i...

I believe this is why. Eagles are thought the king of birds, so...

I personally identify with the 'freedom' of GNU/Linux and Garuda in particular. In these times, one can't be too careful or too concerned with privacy.

The only reference I see is that Garuda has an eagle-like beak. Btw, I've never seen a Garuda without Vishnu. It's like Ganesha without a trunk

Apart from that, nobody here will have any reference to the Mahabharata epic, with the exception of our Indian friends

Why do parents call their child Peter, Paul ...
because they think the name is beautiful

Ahh, there are some os named after animals too, like Lion OS or after bird like Parrot OS. We like Eagles, called Garuda in India and most of South Asia.

Also, eagles are most powerful among birds and are endowed with natural beauty. Eagles are favorite bird of most of Americans too, and it is national bird of America.
Also, we love Eagles and we have are OS named after it.

The Bundestag is the German federal parliament. It is the only body that is directly elected by the German people on the Federal level. It can be compared to a lower house similar to the United States House of Representatives or the House of Commons of the United Kingdom.Wikipedia 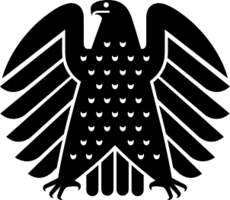