If I plan on installing Steam, Firefox, Lutris, Wine, Discord myself is there really any benefit of going with Ultimate over Lite? It has 2gigs more of stuff it looks like but is any of it really worth it for me? 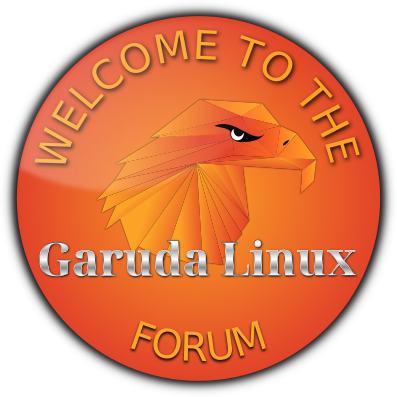 but is any of it really worth it for me?

In feature, we will only have one ultimate version, KDE.

If you know what you want - go Lite and add. If you aren't sure how to set it all up, go Ultimate and subtract

Or
We recommend Ultimate editions for beginners and Lite for more experienced users.

Since Garuda has only experienced users we can stop ultimate

And another reason
Except me no one on team wants ultimate

Well I am coming from Manjaro and prefer to honestly do most things myself, will be using Cinnamon because for me personally it runs smoother than KDE. I will go lite and install as needed thanks! Hopefully I enjoy this more than Manjaro!

Hopefully I enjoy this more than Manjaro!

Well - as a compromise, how about ALL the theming, and put the rest of Ultimate as a button on the Welcome? (to pull Chaotic versions as meta pkgs). That way it still looks good - and the setup is available without the dev overload...?

Yeah it could just be me but naming the non gaming version lite doesn't seem to fit well.. it feels like it should be called Default. I think Ultimate should just have Steam, Lutris, Wine, Discord, dxvk, vkd3d as that is the pure base anyone needs to start installing games (I might have missed something.. but you get the general idea..)

lite is good... barebone is awesome but at times its pain in the bum.... but overall awesome experience and also barebone is literally barebone.. we need to build the system as we want which is awesome.... but at the same time there is no support of that.... all in all barebone is great for learning.... if something breaks its easy to fix.... but one request please move from lts to zen... i installed the zen kernel and wifi driver didnt recognised.... was unable to fix that.... so had to install lite

How nice, there is always a solution in Linux for Linux

BTW, who wants to use barbones doesn't need any help

Yeah naming will have to change

Ultimate will be renamed to gaming

And lite will be renamed to nothing

There will not be any special name

I do agree that the "Lite" naming is a bit confusing. At first I thought it's something like ultimate being the full featured paid version and lite being free but lacking some special features (I know some other distro does that, can't remember which one and I thought Garuda is like that too)

Nope, everything with Garuda is free. We don't even take donations.

Although we have considered a paid support chanel through the telegram platform for those individuals who are, shall we say "special".

Some users on the Telegram platform have unrealistic expectations and think they are entitled to live personal support from the developers within seconds of posting there.

For this reason we have tried to refer these types to the forum and refrain from providing support on Telegram.

Unfortunately, some people have very unrealistic levels of expectations of what they think they are entitled to from a 100% free operating system. Where some people get this attitude of entitlement from is beyond me.

I tell ya, some peoples kids?