So, I was looking for ways to edit the gnome terminal, I wanted to add hindi text to my terminal, dharmo rakshiti rakshitihi ("save the law and Righteousness and in turn they will save you"), but the text doesn't look good, I mean it is written in wrong way. and also I just added a print function in fish config file.

what should I do? 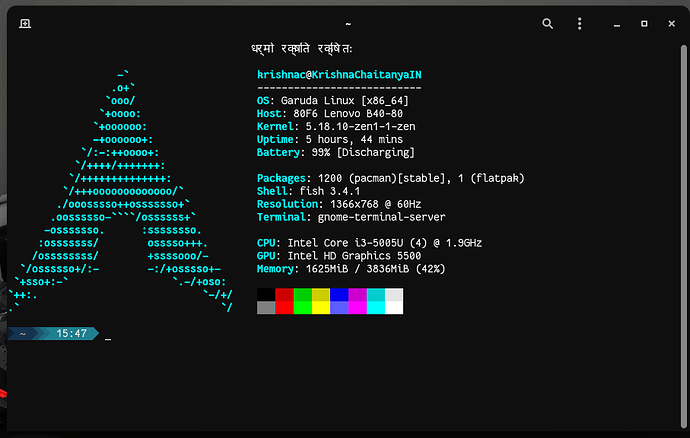 The problem might be in fish, and using bash could help.
Check if this helps:

Typing in devanagari script in the terminal Issues & Assistance

Hello to everyone and team garuda. I was wondering if there is any way of using devanagari script for typing in the terminal. I enjoy using the terminal for editing text and other files and often while working on documents in hindi script i have to switch to a gui application because the fonts aren't rendered correctly in the terminal. I was hoping you could shed some light on this isuue, if there are any ways to solve this or any work going on in this direction. Many thanks!

The linked thread failed in my translator, but what I seem to understand was that switching to bash solved it.

Use bash there is no other way than using bash

I tried bash too, the output is same

Does Devanagari script render correctly in other applications, for example the web browser or a word processor?

I just added a print function

When you are looking at the text inside micro (or whatever editor you are using), does it look right?

It sounds like the font rendering badly is specific to the Neofetch (Fastfetch?) output, is that right?

Can you post the print function you made into the thread?

I don't think it will work if you do it in your fish config file, I believe it must be bash.

Use bash there is no other way

I just changed my default shell to bash and added these lines to .bashrc:

Now when I open my shell I get the output and the font looks (I think) correct: 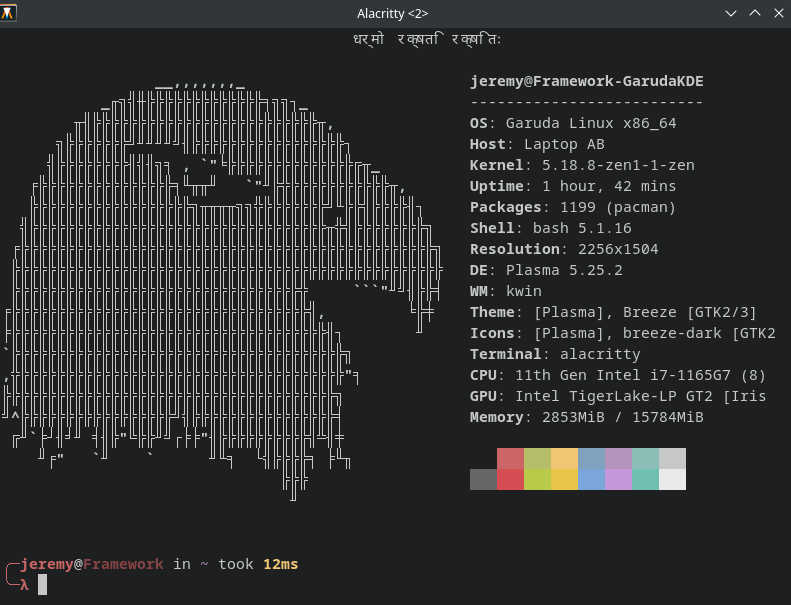 Where'd ya get that ascii garuda in the fetch?

Yeah, I don't get that particular ascii in neofetch.

I get this one: 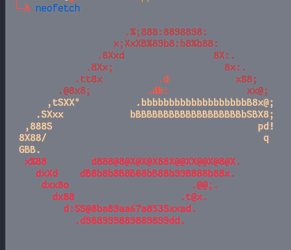 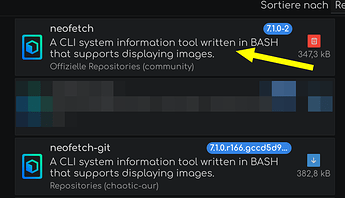