Hello folks, once again I require your assistance.

I started to customise my desktop, I do really like the dr460nized look but, I am a tinkerer and I like to add my own flavour to my linux. I haven't encountered PyWal before now and it's very interesting.

I just want to edit the colours in my terminal and text editor. I do spend a lot of time in there and when I was using Vim/Nano I always maintained a funky scheme.

Now, there is another thread I started in Garuda Community that kind of explains how I got to this point.

I've been playing with this for hours now, it's like I don't have anything better to do. But, it seems like something is over-riding most changes I make. I don't know much about pywal but is it possible that somehow konsole is over-riding the colorschemes for micro? It doesn't seem to matter what I do, some of the colors will not change.

So, I started looking into PyWal after a clue from dr460nf1re about the schemes stored in ~/.cache/wal.
however I changed the wal theme several times and the colors still don't change I even changed the wallpaper and made a new wal .json file and still they say the same.
It's actually driving me mad because what I thought was going to be a 10 minute job to customise my terminal has been going on for 12 hours

Any ideas most welcome.

EDIT: I have just tried Alacritty instead of konsole, and all my changes are working there. I might just change terminal emulators lol seems like a simple choice right now. 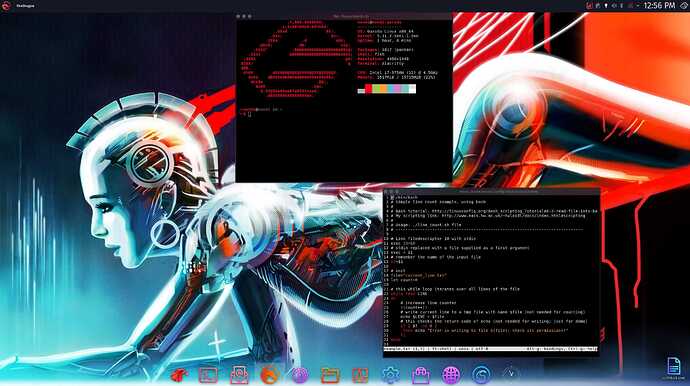