Recently i learned about stl steamtinkerlaunch, and from the wiki it just looks awesome...of course i tried to installed and realized that again, you guys a step ahead...and was already installed!!..jejee.

Then i went and added to launch option of several games stl %command% and stl gets launched...nevertheless when i hit play to the game...it just freezes (i didnt even do any config yet). I dont know what log to post...but would be happy to go and find it if somebody could lead me. Tried it with 3 games...all same behaviour.

Again, thanks for the great work.

I assume you mean 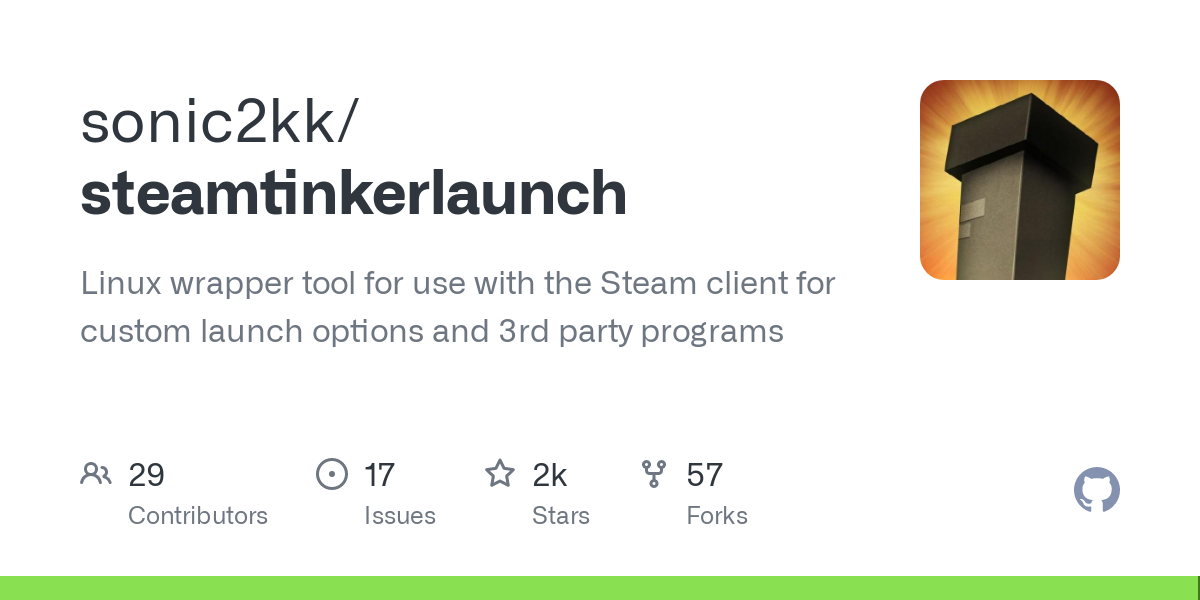 when i hit play to the game...it just freezes

ajaaa!!!...indeed...sorry about the misspeling. Already fixed it! indeed i was talking about the wiki on Home · frostworx/steamtinkerlaunch Wiki · GitHub.

Ill do my best to find the issue on their tracker. though maybe this happens to everyone on the release...since i essentially have only used to command to use it...not any specific config. Guess that should work out of the box

In any case...will post my findings related to their issuetracker.

when i hit play to the game...it just freezes

Just checking, you didn't select an incompatible option, or something like tick to download ReShade and it's doing that in the background?

Hey Jonathon, thanks for the support.

No sir, nothing different from default and nothing like ReShade on.

Screenshot 2: General configs. I even disabled it all on a later test.

Screenshot 3: This messages comes on the tray icon. It appeared something of innoextract, just installed that dependency and it disssapeared. 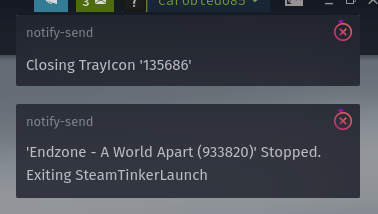 Screenshot 4: As mentioned...the game is launched, but is frozen.

In addition i already went through the issuetracker...but nothing related i could find

Guess it must be something on the preloaded installation. Will try to uninstall and install and check behavior. Hope anyone could simply confirm if the same happens on their machine...as mentioned before, i have a hunch is an out of the box issue.

Hope all is good. Just bumping this thread...hoping someone else could confirm this behavior. You simply need to put on steam launch stl %command% and try to play the game.

By the way Jonathon...was wondering this thread was moved to unsupported AUR...im lost there since this is installed as part of garuda dragonized gaming edition, should it be classified that way?

If stl itself launches, but the issue is with a certain game, then it's probably not an issue with Garuda.

Hey thanks for the reply...its the same behavior with every game. Well...i can always play the games and avoid stl...just that it look like a very cool control place for every tweak. Hope this can be reviewed deeper on next releases