Hey guys, I'm not sure if this already exists on Garuda, as my research didn't come up with an answer, but I was wondering if there is any script set to run on a scheduled basis that would run something along the lines of sudo paccache -r as I don't see keeping lots of cache as a good idea as it can also cause errors which leads to some users running the sudo pacman -Scc command. Thanks

Maybe you could consider the hook tip here:
https://wiki.archlinux.org/title/Pacman#Cleaning_the_package_cache

I see, someone else have also been looking DT on YT

Hi, thanks for this. I already know of the hook tip for when installation, upgrade or removing a package takes place but I just wanted to make sure that there wasn't some form of script in Garuda already that may clear paccache on a scheduled basis. Thanks

A systemd timer would seem easy enough to implement as well.

True, although I think a hook would be better due to pacman cache being a result of using pacman for installation, removal and upgrading of packages. If there isn't already anything that might conflict with the cache built-in to Garuda then I will probably setup a hook for the task. Thanks

Just watched this, this morning

That's why I drawed the conclusion about similarities 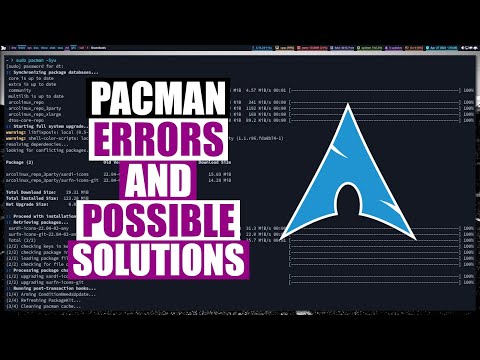 Sounds interesting. Will take a look thanks. I was taking a look through the arch wiki and found mentions about paccache command I hadn't heard of before so did a little research into maintaining the cache and problems of storing it like package errors etc.