Nena (German: [ˈneːna]) was a German Neue Deutsche Welle band. In 1983 and 1984, their German-language song "99 Luftballons" (and its English version, "99 Red Balloons") reached number one in the singles charts of countries around the world. The band was formed in 1982 when vocalist Gabriele Kerner (Nena) came to West Berlin with drummer Rolf Brendel, her boyfriend at the time. There they assembled the other members of the band, which took its name from their lead singer's nickname (Spanish fo... 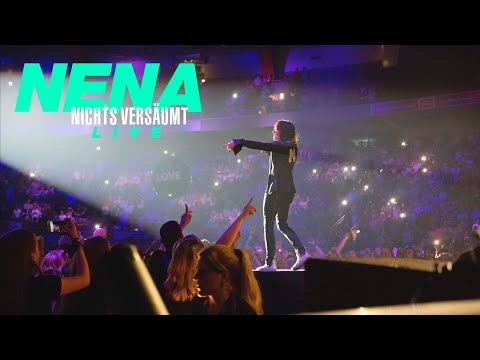 Fond memories of 3 glorious years - thanks for the nostalgia, all!

Yeah but I am sort of in a love hate relanship with this thread. *couth* *couth* arguments.

Translation gobbledygook. What you meant was cough cough.

Yes my (spelling) mistake. autocorrect is not working in firedragon.

Sure blame it all on FireDragon.

Oh, 2 times spelling mistake in 5 letter word.
English teacher will kill you for that

autocorrect is not working in firedragon.

Yep, it is pre planned, so that you will learn spellings.

Yep, it is pre planned, so that you will learn spellings.

My evil plan behind FireDragon all along!!

Allow me to switch to Chromium.

But at least there is no way auto correct can embarrass me.

What's with the apple logo.

I found the colors to be very nice, since the setup is imitating Mac a tiny bit anyway its fitting for me

That is a beautiful setup. Latte is great, the top menu. I love it! Barebones is the way to be!

I bet you use xanmod kernel mainly because of it's name and dragon logo, right?

Ill be honest, at first I did but after some testing I found this to be a good kernel which fits my needs. I dont really game at all, just doing stuff related to Garuda/Chaotic, running VMs & watching series.
Also Tkg doesnt have Apparmor support while Xanmod does (after having to figure out firejail profiles for FireDragon Im now using it again). And we have actual evidence its a good kernel. Also, there is a variant with CacULE scheduler which is a quite interesting one, I love testing stuff so here we go

(and yes, its having literally having a dragon logo and is named Xan, maybe its just me but I cant be unbiased here!!

I just can not get my wi-fi to work in xanmod it is also buggy in the zen kernel but works fine in tkg.