Hey there,
I've recently switched to wayfire and quite enjoyed my time. Since Wayfire isn't really very popular I figured I'd share my experience here

Why I switched to Wayfire

Wayfire is a really extensible wayland compositor, which supports quite a lot of interesting things like rotating windows in 2d and 3d space, changing window opacity, an interactive-desktop-cube-workspace-switcher, window rules, ... Adding features is done by just installing a plugin.
What really made me like Wayfire, what I don't like about other Window Managers/Wayland Compositors is, that the moment you log in and open the config you notice a crap ton of keybinds for various reasons that sometimes make no sense without any knowlege.

Wayfire on the other hand is pretty self explanatory, has a readable and simple config and the default keybinds are intuitive while the wiki is always a good backup.
On top of that, the user gets a nice introduction into their new Compositor.

Another thing that I noticed, is the sheer speed of wayfire. No more slow login times of >5s, wayfire starts pretty much instantaneously while also allowing me to log out and in as fast as I want. Kde would always show a black screen when logging out and trying to log back in, which was very annoying.

You may have also heard of wlroots. wlroots is a "Modular Wayland compositor Library". It is another way for users to create plugins extending the system. This is running the color picker, the screenshot utility and obs support.

Mentioning QT probably speaks for itself. I was not able to change the theme of QT windows at all despite me trying out the solutions mentioned in the arch wiki so I sadly had to switch my previously favourite file manager Dolphin for the pretty meh Gnome Files/Nautilus file manager. I recommend using GTK apps for a better experience.

Sadly not everything is natively running with gtk, like wine apps. A big problem I found with wine games was them catching the mouse in the window. This was previously not an issue on KDE, but now on wayfire, it does not work. On their wiki they have a Tips and Tricks section which features this problem and a workaround, but that turned out to be pretty inconsistent; working only sometimes.

While wayfire is extensible, the amount of plugins available for it, is pretty small. There are the official plugins bundled with wayfire, wayfire-plugins-extra and other community plugins (I have found about 5).

Programs I used to customise my desktop

Wayfire allows you to somewhat build your own DE from scratch, while not completely throwing you into the dark.

It really got me to appreciate the importance of specific programs to build a desktop somewhat resembling the feel of DEs like KDE, or GNOME but also made me aware of the amount of configuration that is required to customise your look and feel.

Before I switched to Wayfire, I was using Latte dock, running one dock and two bars, all being different. Now I am using waybar. One config, two desktops - It does everything I would ever need.

I just massively reduced bloat in general, but that has some drawbacks, as mentioned above.

I definitely think you should try Wayfire if you are on the look for a new DE/Compositor. Wayfire is easy to set up while leaving quite a lot of room to do so.

What is your opinion on this? Do you think it's worth ditching GNOME or KDE for this? 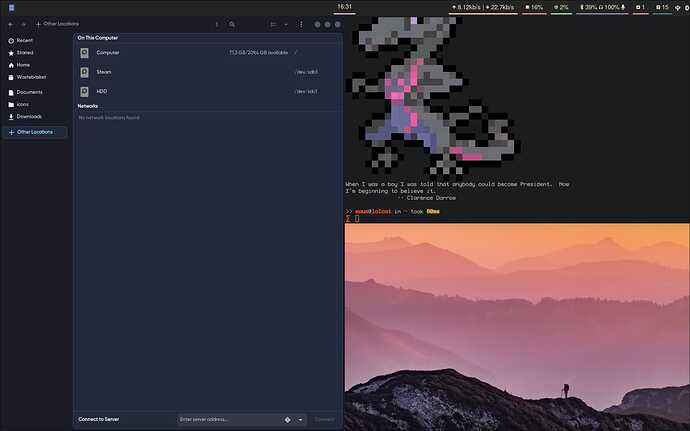 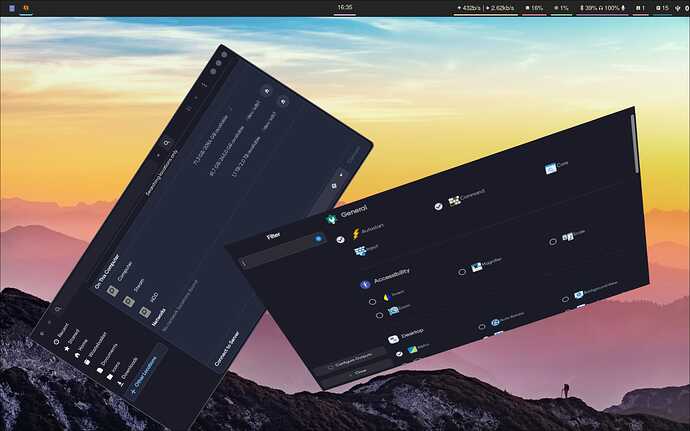 Well you should take a look at desq
It is the desktop environment being built around wayfire it's still early in development. 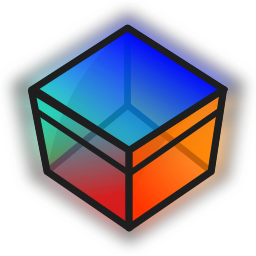 DesQ is a simple and elegant Desktop Environment built on top of Qt and Wayland. It is intended to be a very light and yet, visually appealing desktop...

You can join the desq group in Matrix.

You're invited to talk on Matrix

You're invited to talk on Matrix

Interesting feedback. Primarily as a KDE user, may I ask what one might expect in the transition? I'm very used to my workflow with the aliases like the update script and Garuda assistant and all the amazing tools as well as some of the defaults like exa used instead of ls etc. I'm curious to what extent that wayfire is similar to KDE under the hood with the customisations other than of course a different environment. I want to try it out but don't have a spare hard drive to install it on and VMs aren't great for Garuda it seems. Love dragonised though but I like the appeal of something lighter but not as light as kde lite edition depending on what it ships with of course.

I am using wayfire-git, though a bit unstable it's required for wayfire-plugins-extra(-git) (This is like the first project ever which has a slightly unstable git package. Most of the time they are stable XD)

The bash/zsh/fish/whatever aliases will stay, since you are not reinstalling.

Booting into wayfire greets you with a gray screen, so you will need to edit your config.

If you do want the wayfire-garuda config, then just download it from their gitlab, but I'm not using that

I didn't know it was possible, I actually will try that so I can have fun once in a while learning about how to use Wayfire.

Neat, I hope to see Desq provided in the AUR (with dependencies). It looks very interesting.

Oh that's pretty sick I didn't know you could just install it without switching editions of the distro. So I can simply install it and the Garuda config and then I can choose it at boot up from the menu which usually shows plasma x11 and wayland? There should now be a wayfire option and I can simply try it out and uninstall it if I don't like it without affecting any themes or anything on my current customised dragonised edition? I'm not too familiar with switching desktop environments like this so sorry if that's a stupid question haha. Just don't wanna mess up my latte config. I guess I could just simply try it on the guest user though.

Yeah, that's exactly how it works

Garuda does not officially support multiple desktops or window managers installed with Garuda. The reason being, unless you are an experienced user this can create issues that are very difficult to diagnose and fix. Much time can be wasted trying to remedy these borked systems on the forum, as users rarely explain up front that they have installed multiple DE's/WM's.

Installing multiple desktops can create conflicting configs that can cause all manner of issues if not done very carefully. That is why this is discouraged/unsupported by Garuda. Installing a window manager alongside one of our desktop editions is less likely to cause problems, but don't expect official assistance if you want to experiment in this way.

Feel free to modify your system however you please, just don't expect official support from distro dev/staff if you make radical changes.

I have never faced such problems and I wouldn't have expected this to be an issue in the first place. The potential problem that would come closest to this is users changing their gtk theme in gnome-tweaks or whatever and wondering, why it is different in kde.

I expected linux to fully support multiple DEs at once

I have definitely installed a second DE through a package manager before and had a very broken experience, but it was fine when done through the installer as the primary DE.

I have also noticed DEs deployed from the package manager sometimes seem to be "missing" stuff that get set up in the installer, like theming or packages. A user might not even realize the DE isn't right--they might just assume it's a crappy spin.

It seems a shame a maintainer poured their heart into a specific expression for a DE and it doesn't come across accurately because the user installed from a package manager instead of the custom ISO.

I expected linux to fully support multiple DEs at once

Linux does, but Garuda is a highly customized distro and the configs can conflict if desktops are overlaid on one another. If you install these desktops with precautions you can lessen the chances for conflicts. However, I do not intend to explain the precautions that should be taken as inexperienced users should stick to a stock configuration to avoid problems.

The forum is for remedying issues with a stock Garuda install. If you want to modify your system far from the way Garuda was designed/intended, feel free (but you're on your own) .