Hello. Let me start by saying Im fairly new to the linux world. I have played with Mint and Ubuntu as a daily driver but found them not to my liking (even though I use Ubuntu on my home server) so Im gave Garuda a try. So far I like it very much. Im trying to get off windows completely. So heres my issue, I want to completely remove my /home partition off my SSD and move it to one of my HDDs. What I did so far was create a new partition btrfs and used sudo btrfs device add /dev/sdb2 /home followed by sudo btrfs filesystem balance /home previous to deciding this. Ive backed up the data I care about from the home directory already and tried to unmount and delete the home partion on the SSD via KDE Partition tool and commands but it wont let me, get a response saying "target is busy". I could just do a fresh install but id rather not. Is there anyway to do this without breaking anything? TY in advance. 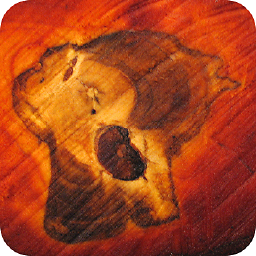 How and where to report bugs

You cannot delete a partition that is in use. This type of operation requires the partition to be unmounted.Operations such as this are best done from the live environment using gparted (or alternate).

Just FYI, it's possible you may suffer a performance hit moving your /home from your SSD to a slower platter drive. You will also need to edit fstab to reflect any partition changes you've made.

Personally, I would leave my /home as is and simply symlink your contents in your hard drive into your home directory. I've never done what you are attempting, as I always simply symlink to my home, (so others may have better advice to offer).

Ok. I just dont like using my SSD for Home was all. I know SSDs have come a long way but just trying to save the R/W that gets done on it. main reason i was trying to do this i couldnt get steam to save games to my Hdds until i added the /dev/sdb2 /home. i didnt have that issue with ubuntu or mint. Its most likely my lack of knowledge. its working now so maybe ill just leave it then. Appreciate the response.

You're also going to see a lot of temp file usage on the SSD, but maybe that's the best place for fast access?

That added the additional device to the BTRFS volume (and thereby extended it).

You can follow that with a btrfs device remove to remove the older device.

I highly recommend you read the BTRFS documentation (or at least btrfs --help) before running commands.

An alternative is to move much of the USAGE of /home off the SSD. If you create a partition on the 'new' drive, perhaps called data, it can be mounted, perhaps as /mnt/data in your fstab. When it is up and recognized, create the data driectories you expect to use (usually the standards like Documents, Downloads, Music, Videos etc) and then soft link the equivalent directories from /home. Ensure the /home versions are emptied and removed, then, while IN /home

as an example. They will appear to be still in /home, but the data will then be stored on the other drive....

Well I broke it. Tried to mess around with it in a live session and couldn’t get it to boot again so I ended up doing a reinstall. I have the home partition on my hdd now. I had everything backed up on another hdd so it’s not that big of a deal. Thanks for the help anyways.