I am sure it has been mentioned, but what would entail working to make a Garuda mobile OS? Maybe building off of Plasma Mobile or one of the others? I wasn't sure where to post this suggestion, or if it's even realistically possible, but if Garuda ever did create a mobile OS, I would 100% back it and even donate towards it. I've been putting off getting a new phone (screen is cracked and done for on mine) while looking for one that could be potentially compatible with a Linux OS down the road. Could you explain what hurdles there would be? I've been looking for ways to contribute to a Linux distro, and if this project were ever started, I would be absolutely willing to jump in and help contribute!

but what would entail working to make a Garuda mobile OS?

A lot of time and money.

but if Garuda ever did create a mobile OS

Garuda is designed for performance. Do smartphones like this already exist?

Could you explain what hurdles there would be?

I've been looking for ways to contribute to a Linux distro

There are major distributions that have been trying to get Linux onto the smartphone for some time.
Unfortunately, Garuda does not yet have the potential to even come close.

Thanks! I really hope that one day Linux itself can make it's way to the mobile OS market, and even more so Garuda joining that list. Would love to run Garuda on all devices!!

A few weeks ago I installed Sailfish OS on a Pro1x. Sailfish OS is just okay, and the phone itself has an amazing keyboard but otherwise isn't remarkable hardware-wise, but one really cool thing I have been able to do is set up LXC containers. Here is my Arch i3: 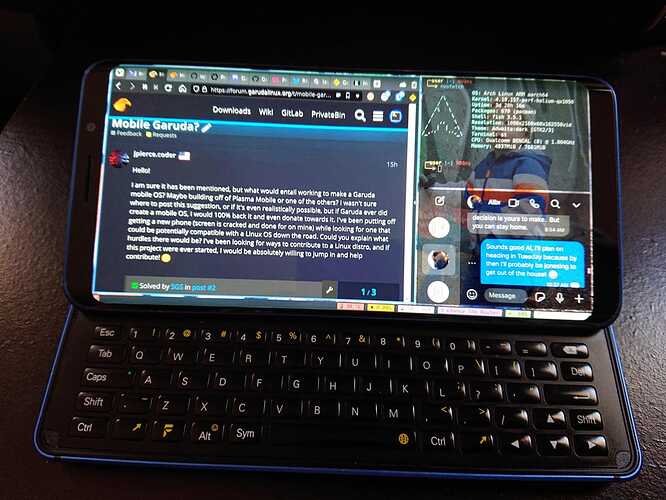 It's got a proper desktop browser, not a mobile version, which is really nice to have. Navigating around would be more or less impossible without the keyboard, because the touchscreen buttons are so tiny, but i3 and the Vivaldi browser both make keyboard navigation a cinch. 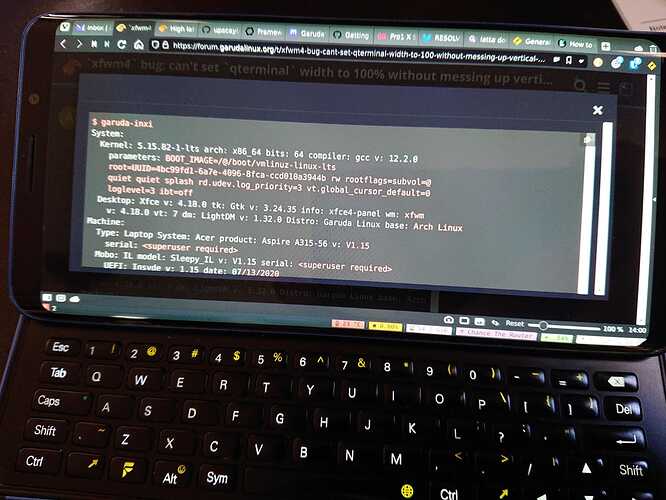 I've got it set it up with Fish, Micro, and Starship to recreate some of the niceties of home. 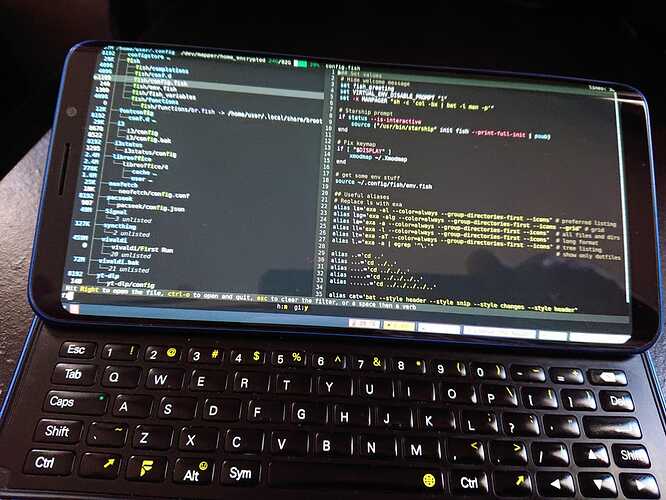 Full desktop apps work, anything that has been compiled for ARM. 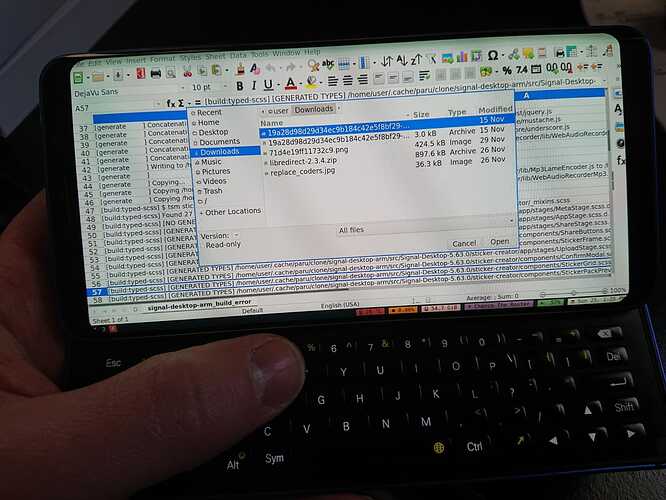 Even though this is all very awesome, it has made me realize a lot about how much different my desktop Garuda is to something like this. Having a Garuda LXC container on an ARM device would require basically redoing everything because none of the Garuda infrastructure is ported to ARM

In fact, even though my LXC container is Arch--which is known for having tons of available packages (if you count the AUR)--I have found the package support to be very limited because it is ARM. You wind up with a lot of this: 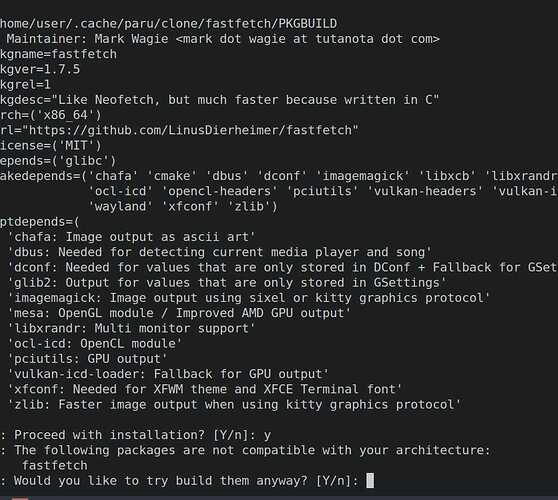 It would take a monumental effort to get Garuda onto ARM--not only retooling the whole OS, but I guess basically every package in the Garuda and Chaotic repos would have to be recompiled to ARM and then maintained to keep up with breaking changes, et cetera.

Then you would have to consider how the distro should be tweaked to work better on a small device, what devices will be supported, what changes need to be made for hardware support, blah blah blah.

If you keep up with the development of Ubuntu Touch or Postmarket OS at all, you'll know those guys break their backs trying to get the smallest conveniences working on a phone. It's a ton of work, way outside the scope of maintaining a desktop OS (which is also a ton of work).

All that to say, I believe this is accurate:

Unfortunately, Garuda does not yet have the potential to even come close.

It's a huge, insanely complicated project that would require a ton of time, resources, and discipline-specific experience just to get started.

I don't think I could have asked you to explain that any better. That was an excellent presentation on why it'd be difficult/impossible to do that. I had no idea that ARM had their own packages (makes perfect sense though), and that their package support was so limited. Wow. Hopefully Android app support in the future will be a little more integrated (I'm sure there are a ton of compatibility issues there to solve in and of itself) than it is now. Love that you were able to get i3 on there though! That's sick!

I'm not sure what your specific goal is, but have you checked out KDE Connect? A lot of folks don't realize you don't need to be using KDE to use it--it's kind of a misleading name. You can use it on Sway if that is what you are using, or any DE.

There is browser integration, file sharing, you can send commands from your phone to your computer or vice versa, integrated media controls, VPN support, tons of cool stuff you can do. https://kdeconnect.kde.org

If you want to try a Linux phone OS, from what I have heard Ubuntu Touch is the most polished of the current offerings, and has a pretty decent list of supported devices considering it is a small community project.

Would love to have it dr460nized!

Yeah I've heard of and even messed around with KDE Connect....haven't used it to it's whole potential though. I'll check it out again! I guess my thought is if they can make Android apps compatible on a mobile Linux OS natively (without going through the "trouble" of setting up waydroid, because people are lazy), it would allow Linux on mobile to be much faster in coming out with a viable widespread solution.

Yeah Ubuntu Touch seemed promising, but I'm a full Arch-ee now so I had to ask.