My apologies if this has been asked and answered before.

I recently downloaded Garuda, and I was facing some comestic issues.

For one, everything in Garuda (I chose Wayfire) is simply too small, as in the icons, the window size are simply too small. I can fix this on firefox since you can zoom in, however, for other things such as desktop Discord or terminal, I can't zoom in directly. Full screen doesn't help either, as full screen just introduces more space rather than zooming everything in. Is there a way in which I could fix this?

Secondly, I was also wondering about changing the text font style, because often I'd have issues where the text either looked merged into each other or too far apart (I'm unable to post images since I'm a new user), I was wondering if there was a way to change the text font everything including the terminals.

Finally, is there a way to take a screenshot on Wayfire, because flameshot does not seem to work for me. 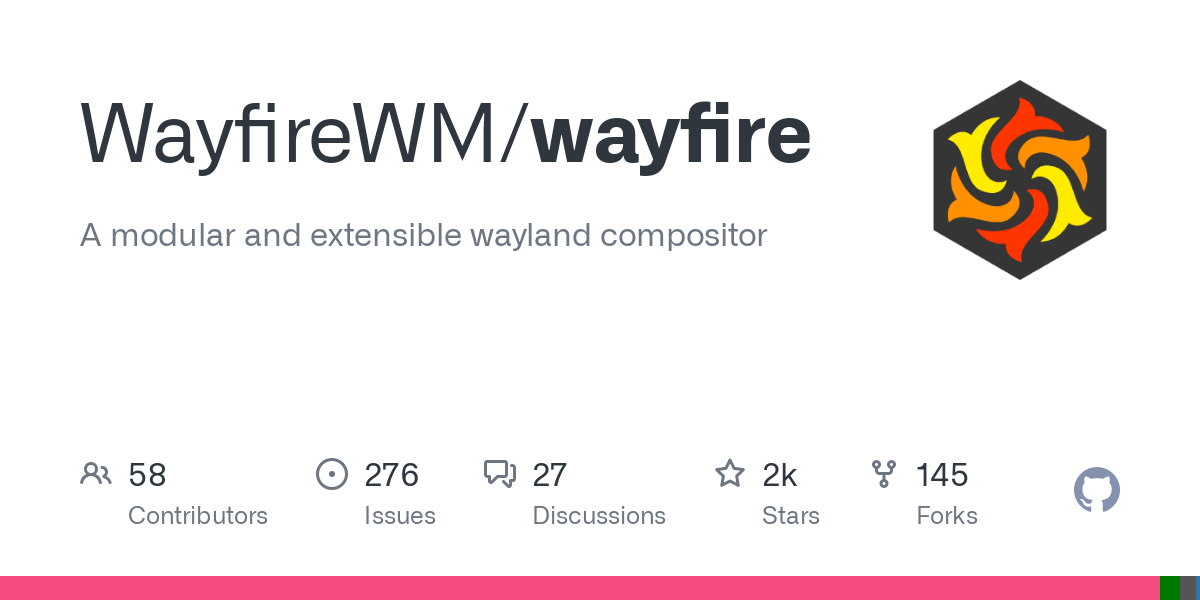 A modular and extensible wayland compositor. Contribute to WayfireWM/wayfire development by creating an account on GitHub.

Copy wayfire.ini to ~/.config/wayfire.ini. Before running Wayfire, you may want to change the command to start a terminal. See the Configuration document for information on the options.

I don't use wayfire but for the stuff on screen looks small, Increase the fractional scaling in your display settings try 120% or more.