Every time my installer hits 91% it stops.

It says installing bootloader, at 91% how should I proceed?

I am a newbie to arch and garuda so I don't know much.
I've tried insalling it manually using: sudo grub-install --target=i386-pc --recheck --debug /dev/nvme0n1
but it fails

I've tried leaving it there for about 2 hours and nothing has changed. I've tried installing garuda at least 6 times now and is has always the same issue.

I should also say that I'm installing /boot, linuxswap and / on the nvme as well as the bootloader while my /home is on another hdd. In the past i've never encountered issues with that. The /home and everything else is BTRFS.

You can press Esc when booting and tell the members what warnings you see, for starters.

This didn't solve the issue

What didn't solve what issue?

when booting what? the live usb or the ssd with garuda?
When booting garuda from the ssd it just goes straight to: 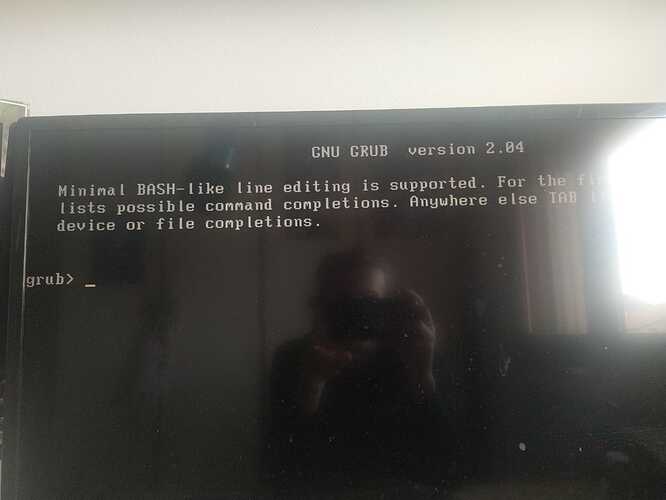 Booting in uefi mode. Still gets stuck at 91%

when booting what? the live usb or the ssd with garuda?

As the title suggested, (Installing bootloader stuck at 91%) my comment was intended for use booting the install/live USB.

I've solved the issue! It appears as it has something to do with my bios settings and my other disks. What I did is: disconnect every drive except the one on which I want to install windows, the one for the /home and the one for garuda (the nvme). I then updated my bios and reset every settings to default. After that I created the usb for windows and installed it as usual without any issue. I then created the usb for garuda dargonized gaming kde and installed by doing partitions manually: swap (16384mb since I have 16gb ram), /boot/efi (512mb - fat32), root (rest of disk - btrfs)
The /home took up the whole space on the other disk (btrfs)
Installed it as efi - gpt and everything went fine. I'm now happily using garuda with a dualboot with windows ;D
Hope this can help people in my same situation