How does Fedora compare to Garuda?

I am specifically talking about performance tweaks. Fedora adds quite minor and intresting tweaks to the distro on every release. @Maintainers of Garuda, I know you have gone through arch and gentoo wiki to provide excellent performance tweaks.
Wanted to ask if you have gone through Fedora Magzine and the tweaks they offer. They too have btrfs and pipewire by default.

What tweaks does Fedora have that aren't present in Arch or Gentoo?

I am not sure either. But I am aware that they do many minor tweaking for performance. It's usually listed in detailed release notes not like arch wiki. I was just asking if the maintainers ever had a look at what they are doing with those tweaks. 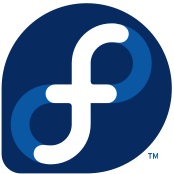 Fedora 36 Planning To Use plocate As New "locate" Replacement

A proposal for Fedora 36 is to implement Digest Lists Integrity Module 'DIGLIM' functionality as an optional feature for effectively providing remote attestation and/or secure boot at the application level.

Fedora Workstation 35 Looks To Use Power Profiles Daemon By Default

Fedora Workstation 35 is looking to ship with power-profiles-daemon by default and to have it enabled for benefiting newer laptops. r/Fedora - Why is fedora so fast?

There is much more than this, probably not in any wiki but in the release notes for yearly major releases of Fedora. Some of them are also related to zram,btrfs and pipewire.

And what references have you found for Garuda's 'tweaks?' Or do you provide only open-ended questions?

Consider that Arch is a rolling- and Fedora fixed-release in your response, please.

Have you taken a look at the performance tweaks listed on Garuda's GitLab page (link shown on the top right part of the forum page header), and compared them to Fedora's?

Fedora is not as fast as Garuda nor Arch linux, boot times are slower as is loading the desktop even shutdown is slower.

They too have btrfs and pipewire by default.

Those are the "In Thing" in the Linux world right now and as more distributions either switch or recommend them, the more information about them and similar things is exposed and shared. (That's kinda how Linux has always worked, in a nutshell.)

The main difference, vis-a-vis, is that Fedora is a fixed-release with approximately 6-month issuance dates, while Arch-based Garuda is a rolling release, hence receives continuous updates.

"Tweaks" are always something perceived by individual users. What they might be for a power-conservative laptop may be (and are) very different than those for a screamin' hell-be-damned desktop machine.

So, after a period of using Garuda--and assuming you actually have Fedora experience--perhaps you might tell us which settings you find most useful to your machine and use-case scenario? Developers need continual feedback. It's only fair...

The same way chocolate compares to vanilla. Both are tasty yet intrinsically different.

My experience--which is purely anecdotal--is that the desktop environment has a potentially larger impact on performance than simply choosing Fedora or Garuda. It certainly has a more noticeable impact, in that a casual user may be able to observe a difference in how fast a system is running. More "under-the-hood" nuances might be so subtle you'd need forensic software to detect them.

My desktop PC has two separate Garuda installs, KDE Dr460nized and Sway, and also Fedora Rawhide with MATE-Compiz DE. Performance-wise, I'd say they stack up like this:

If I had to pick, I would say KDE Dr460nized is the slowest. That is not a knock on Garuda by any stretch--I have left this install very close to stock, with wobbly windows and all. KDE has an abundance of features built in to begin with; this spin in particular seems to have everything cranked up to eleven.

Fedora Rawhide on MATE-Compiz is faster, but again this is likely a function of MATE being a very lean desktop environment. It has a good expression of features, but nothing too fancy and I'm certain it is a less resource-intensive stack than fully-tricked-out KDE.

Garuda Sway is the fastest. It's Wayland-only and very lean DE besides. Despite the fact that seemingly every possible Sway feature has been enabled in the Garuda interpretation of Sway, it is as performant and efficient as Linux can possibly be. Sometimes I'm still taken off guard when I power it off and in one second or less it is shut down!

One final note regarding Fedora:

boot times are slower as is loading the desktop even shutdown is slower.

This is absolutely true, especially the shutdown remark. Particularly after taking a large update, the shutdown can take up to a few minutes. I don't know what Fedora is doing during that time, but a few minutes is certainly enough to notice if you are sitting there waiting for a reboot.

we were using fedora at work as we support cent/red hat and it just made sense. however, my personal workstation is now running garuda and has been for quite a while. I dislike canonical/ubuntu for various reasons, and I just LIKE garuda better than fedora.
Garuda is easier to set up out of the box, in my opinion, then fedora. i also really like dragonfires customizations to the ui. I've used KDE since the days (im old) of CDE... if anyone remembers that.
I found it easier to set up gaming in garuda, not that it was hard in fedora.

Just to add another anecdotal perspective, currently I have 2 KDE machines, one an i7-6700hq/16gb laptop running Garuda (optimus Intel 530/GTX 960M), and a Ryzen 7 1700x/32GB desktop (GTX1650) running Fedora 35. Neither are the latest or greatest. Garuda install, and after the only thing I had to figure out was performance tweaks didn't work for me, but auto-cpufreq worked GREAT! Couple of checkboxes in Garuda Assistant, done. Fedora had to enable RPM Fusion, and install appropriate packages (granted, that was pretty much everything). The only thing that I really notice works better/faster on the desktop is Dota2, but that is only loading, in game works fine on both.

Edit: Minor note, all drives involved are SSD, as I replaced the HDD in the laptop.