Hey guys, its time for the first release of Garuda Gnome! Im pretty happy with how it turned out

Thanks for the suggestions. They made this release even better! Now on to the feature list 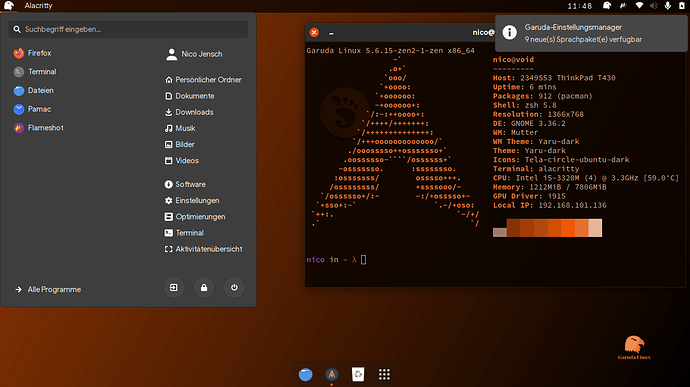 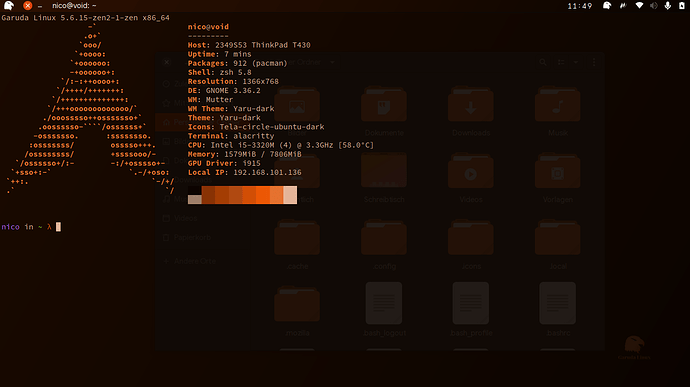 If there are any questions or suggestions just let me know 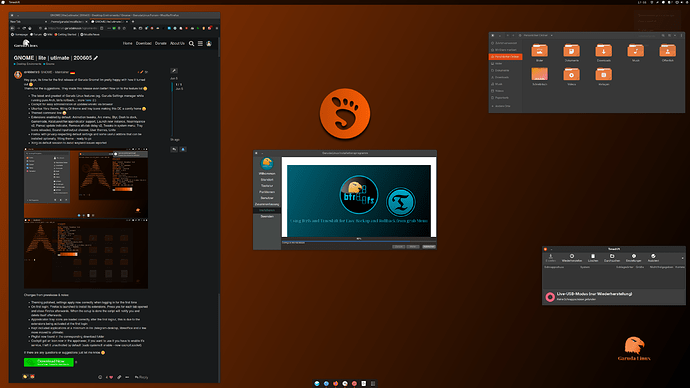 I will try to bring the Garuda logo in this neofetch/screenfetch format this weekend.

Bringing the garuda logo to neofetch etc. would be a great idea. As you might have noticed the Arch one is used in this context as it would be the standart, boring tux picture otherwise

What are you trying to tell us with the firefox screenshot? Edit: nvm, found the description. its the little things

6 posts were merged into an existing topic: ASCII logo for neofetch

Change alias name/country to your liking.

@sgs
you can make the changes

Looks great! A few additional system packages, that I think should be included on both the lite and ultimate ISOs from the start:

as well as
beignet
also

i also improved the nvidia

someone on manjaro forum requested to load nvidia-uvm at boot

Minor detail: the Files app is named in German (Dateien), even though I installed in English. 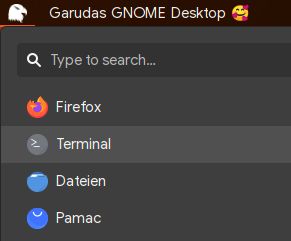 I guess that's a feature too, today I learned how to say "files" in German

so it will work.

Hehe, lets call it a "hidden features"
Jokes aside, this might be because i included some .desktop files in ~/.gnome or /etc/skel/.gnome, if you delete them it should be fixed.
Im still searching for a way to preset icons/description for installed apps correctly since some of them arent themed or just look very ugly, some of them i even hide.