Hi, the question is - did anybody try to build any packages with the PGO optimizations?

I'm really unfamiliar with that, just found the article while being scrolling the Internet -> GCC 11 PGO With The AMD Ryzen 9 5950X For Faster Performance - Phoronix

Maybe someone already tried it and can share a few thoughts about the results in real-world usage cases (web browsing/development/gaming)?

I'm really unfamiliar with that

Me too, sometimes the app is the weakest part. 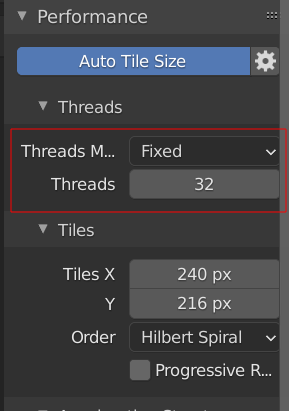 If you had less than 8 9 threads for decades, you can enjoy the speed increase without POG for the time being.
By the way, there is nothing about temperatures and power consumption, if that would be lowered at the same time it would be fantastic.

Sad, but my work related to the game development and tools which I'm using can't even work properly on Linux

So, I mostly interested in optimization of OS, browser, maybe games.
I will try to do a bunch of tests with Clear Linux stuff and PGO optimization somewhere in the future and will share the results here.

Most things won't be available as PGO optimized unless it's set in the PKGBUILD. Eg. Firefox or FireDragon already have it enabled though

In general is the usage of PGO/AUTOFDO/BOLT a good performance optimization.

For example, firefox/firedragon/... are all compiled with PGO + LTO which gives around a 30 % better Performance. So, since you need minimum one compile for the profile itself (ProfileGuidedOptimization) you need one more compile with using the profile at compiling xyz.

It depends much on which application you want to do this.

Next thing is, is the compiled code really cleaner and has less heatmaps then before needs to be tested also.

For toolchains creating a multi stage llvm compiler and also bolting it, is definitly worth since your compile times will be 30 - 50 percent better, which is a huge improvement.
But you dont know how the compiler will compile the other "new" of application xyz.

Everything needs to be tested.

Next example, the llvm compiler from amd --> AOCC.

It compiles much slower the kernel, but it gives maybe a cleaner code. Needs also to be tested. Tools like perf are used for this.

People like compiling all stuff with -Ofast is completely retarded.

Don't waste your time to much in compiling stuff with PGO.