Sorry if this is the wrong area to ask, I was not sure.

What I was wondering, where can I find a list with the kernel name meanings for Garuda linux?
I've looked around all day and can't seem to find but just a few abbreviations, I also tried searching here on the forums but couldn't find what I was looking for, maybe I wasn't searching for the right terms.

When I installed Garuda I installed 4 other kernels as extra's so I wouldn't have to do so later using the assistant.

How would I go about changing which kernel gets launched at start? I do know a little about this in grub, when I select "Garuda Boot Options" and type in my password which has root priviledges it doesn't do anything.

I'm wanting to run a realtime kernel for audio recording if possible, but I don't know which one is the realtime kernel because it doesn't say realtime in the name, or maybe it's just abbreviated, that's why I was asking for a reference on the kernel names.

Update : Okay I was able to get the "Garuda Boot Options" to run in terminal from the execution command from properties for that option in the whisker menu running it in terminal, so I can see how to change the kernel boot options that way. I don't know why, for some reason it doesn't do anything with that command from menu. I am in the wheel group. Either way, that will work for me on that part of my question.

What I was wondering, where can I find a list with the kernel name meanings for Garuda linux?

That being said, it might not be that informative. Many of them aren't actually abbreviations/acronyms. Those are their actual names. linux-lts is an acronym for Long Term Support which means it is supported for a much longer period of time than normal mainline kernels.

Thank you. That does help. I figured the LTS was Long Term Support, some of those other ones kind of make sense from what I've seen searching on the net, but some of them I can't find anything on what they mean. Thanks again.

Well, the grub change I mentioned doesn't work properly even from terminal, it always goes back to one particular kernel for some reason, may have to do with snapper, not sure.
So I am going to install a grub changing software from pamac. Any recommendations?

So how do I change kernels and make it stay?

LOL! Your right. Kinda, but I figured it out for now, I think. I'm using the Cacule Kernel, whatever that means and my system seems to be super fast and so far everything is working, is that the "Realtime Kernel" for anyone reading this?

I had to load that kernel from start and then remove the others to get it to load because, well, I've already mentioned the tool doesn't seem to work properly.

Either way, all seems well for now, but my questions still remain about what the names actually mean, they are somewhat answered and searching does no good.

Thanks dalto, I appreciate the information and help.

I'm using the Cacule Kernel, whatever that means

cacule is the name of the scheduler used by that kernel: 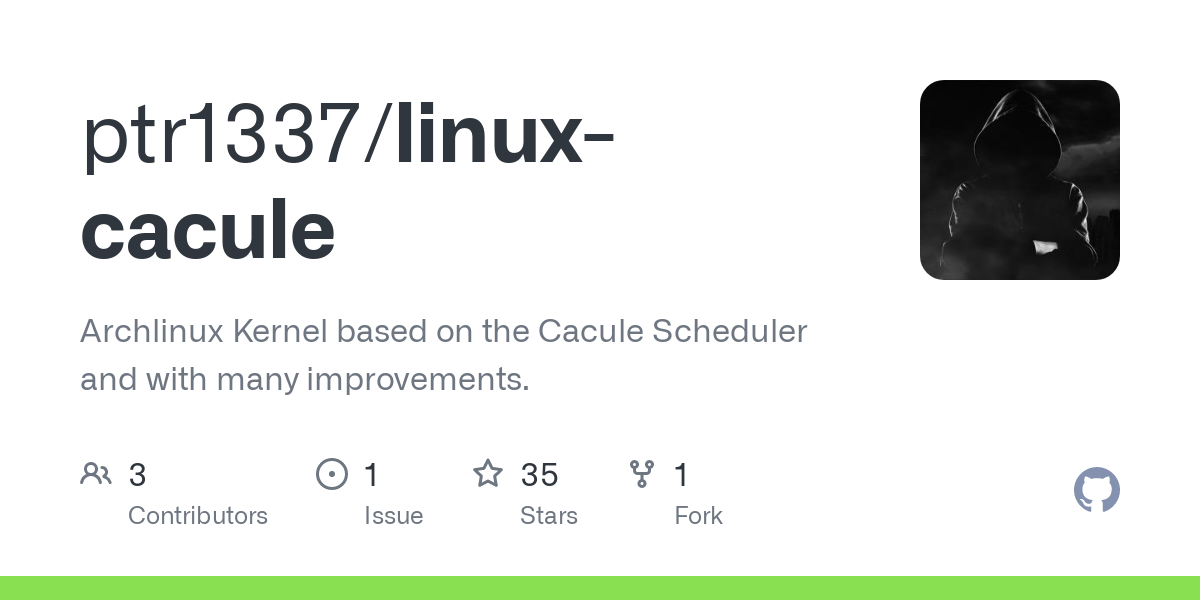 Thanks dalto! I read this one line from the link you provided and on that page it said :

"The goal of this scheduler is to enhance system performance, responsiveness and latency."

Exactly what I was looking for! And I'm not going to say it's the best for everyone, I record music for myself, but at least "FOR NOW" it is screaming fast on my system and also everything seems to work.

Although, ofcourse all will say that is there goal for the most part. But I can say at least on this i7 intel of mine it is really fast.

But I do want to say, THANK YOU! Because you pointed out how I should have been searching all along and I apparently just did not search that way or that is I did not know how to, like for example, I was searching for the kernel name literally by name. Had I just typed kernel and the abbreviation I may have found it, but I just didn't think of that route. Mostly because of terminal commands being so unforgiving when it comes to typing them, which of course is a great thing. LOL!

The real time kernel is abbreviated as rt.

Do not install a boot manager such as grub customizer (or others). There is a bug with Grub and BTRFS that prevents easily setting a default kernel (but it can be done with a workaround). Search the forum with terms such as:

how to set a default kernel

Thanks again dalto, I clicked solution to your reply, it told me what I needed to know. So I am running that kernel and at least on my system it is blazing fast and everything is working better than ever! And way better than Windows 10 ever did! NO MORE WINDOWS!

By the way, I didn't install a boot manager, I decided to use snapper and removed the other kernels that I wasn't going to use and that seemed to work fine. Much easier.