English as a mother tongue user in garuda community

today i saw nico interview on youtube . "where he told that he was in interview for first time .and ..
for me my mother tongue is hindi and for german it should be German ,Deutsch , .i want to know how many people of garuda community are english speakers from child ....

As in most Linux forums nowadays, I would bet that native English speakers are in the majority, if you consider the number of dual- or more-language speakers. I'm thinking of some of my Jamaican friends who were raised from little children speaking British English and the Jamaican patois concurrently, but then switched to learning formally in English once they started primary school. I'm guessing that may be so in several countries.

My wife's ex, who was born in Germany and held dual-citizenship for many years, said that German school children followed around American soldiers stationed there learning how they spoke English, the current slang, etc. That was in the 1950s/60s, before his family emigrated. Younger Germans can address how it may be nowadays.

Me, I feel slovenly compared to other forum members, having had only two years of conversational Spanish in high school. I probably learned more from my Hispanic friends, since they made up about 50% of the population where I was raised. Certainly, all of the right words.

I think we've had this discussion before, maybe in the old Manjaro forums.

Younger Germans can address how it may be nowadays.

Nowadays its a little bit different. We usually start learning english in school (for me it was in the third grade) and keep learning until we are done with it. It is in fact my favourite subject

And, see--without your disclosure it's anybody's guess that English was not your native tongue.

When I worked at a German-owned bus manufacturer in Lamar, Colorado, we a had a couple dozen engineers and production line workers from Germany, Belgium, Italy and Switzerland. And a guess is 90% of them did well enough in English that they had no problems fitting into the Old West atmosphere.

Plus, gaining a world view--a different perspective--is more important than I can state. We all profited.

your country student education is same as our also ..but as i think country like germany india ,jamican,malyasia .... they are learning english from their childhood .....
as for me i can speak -
englsih
hindi
punjabi
russian
done

hey nico how many language did you speak or know
by the way we have a germany language class in late 2019 in school .it was an optional subject but my classmate took it because they thought they will get good marks .but we all failed in it .

hey nico how many language did you speak or know

I'm only capable of really understanding and speaking german and english quite well. My written english is much better than my spoken one since I don't get to talk in english often.
I used to attend french lessons for 8 years but I completely forgot about everything of it so thats nothing I would consider myself capable of understanding/writing/speaking

by the way we have a germany language class in late 2019 in school .it was an optional subject but my classmate took it because they thought they will get good marks .but we all failed in it .

Its actually pretty cool that there was such an option, its surprising for me

But I have to admit, german is probably one of the harder to learn languages out there for many reasons. As example, whereas in english there is "the", we have "der, die, das" which must be hard to get used to if there is usually only one (english) or two (eg. french) of them.

No worse than Latin (bless those nuns little hearts), but Spanish is easier because it lacks a neutral.

this is due because of kvs school in germany .in germany their is a school know as kendriya vidyala because of that we have german as a optional subject

Aside from the fact that your request here is off-topic, you should learn how to help yourself. 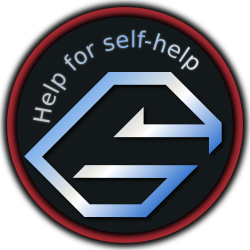