Hello, I was wandering how you make user profiles with Firedragon on linux.
I know on windows with firefox you have to use "run" and type in "Firefox -p" or create a desktop shortcut with that launch option. How do you do it on linux and with firedragon as I am trying firedragon out.

Also, How do I make firedragon sync with firefox bookmarks? I am signed in and click the sync button but my bookmarks don't sync.

Another minor question: What is the difference between Garuda searx and duckduckgo? (I currently use DDG, but saw garuda searx as default) Also, how do I set up garuda searx because it is currently erroring.

You got it! Open a terminal window and just type firedragon -P.

How do I make firedragon sync with firefox bookmarks?

FIredragon uses an independent sync server set up on Garuda infrastructure instead of Mozilla's sync server, as a privacy feature. If you wish to use the Mozilla sync server instead, add a config file to the .firedragon directory like so:

What is the difference between Garuda searx and duckduckgo?

DuckDuckGo is a search engine that emphasizes privacy. It leans heavily on Bing, although they use some other search engines to some extent and also have their own crawlers.

Searx isn't actually a search engine in its own right, rather it is a software that aggregates results from many different search engines and give you a blend of results for whatever your query was. Anyone can set one up (see: Welcome to searx — Searx Documentation (Searx-1.1.0.tex)); the Garuda team have set up an instance that anyone is welcome to use, which spares the hassle of setting it up.

it is currently erroring.

Thank you. Is there a way I can make a desktop shortcut that does that, so that I don't have to open the terminal and manually type it every time? (Im using KDE Plasma DE)

Searx isn't actually a search engine in its own right, rather it is a software that aggregates results from many different search engines and give you a blend of results for whatever your query was. Anyone can set one up (see: Welcome to searx — Searx Documentation (Searx-1.1.0.tex)); the Garuda team have set up an instance that anyone is welcome to use, which spares the hassle of setting it up.

How are you launching Firedragon when not using the -P parm?
KDE Application menu (aka kicker) and you click the launcher icon from there?

Launch Firedragon from Application launcher and it will pop the profile menu.

FIredragon uses an independent sync server set up on Garuda infrastructure instead of Mozilla's sync server, as a privacy feature.

Ah, ok then... might just resetup my stuff then and delete them off of firefox's direct servers... not fully sure yet though so thanks for adding the "how to" afterwards.

Using the Garuda Searx instance protects your privacy, yes. Searx in general is pretty good about protecting your privacy, see their explanation: Why use a private instance? — Searx Documentation (Searx-1.1.0.tex)

Searx protects the privacy of its users in multiple ways regardless of the type of the instance (private, public). Removal of private data from search requests comes in three forms:

Removing private data means not sending cookies to external search engines and generating a random browser profile for every request. Thus, it does not matter if a public or private instance handles the request, because it is anonymized in both cases. IP addresses will be the IP of the instance. But searx can be configured to use proxy or Tor. Result proxy is supported, too.

Searx does not serve ads or tracking content unlike most search services. So private data is not forwarded to third parties who might monetize it. Besides protecting users from

Personally, I'm a fan of DuckDuckGo as a company but I think their search engine is disappointing. It just doesn't turn up great results for certain things in my opinion--probably because it is basically a hacked version of Bing, and Bing is hot garbage. In any case, I would encourage you to try some of the other options and decide for yourself.

Ah, thanks! this is actually pretty convinient as I won't have to go to desktop to launch a new window now.

Oh nice! Now I just need to figure out how to get it to work.

Because this response kind of got buried, I am copying it down here so that it is more visible

The Google error, for example, is most likely due to Google rate-limiting queries. Google has configured its engine to throw errors if it is getting more queries from a single "user" than one user could actually generate in a normal session, and this often gets triggered by public instances of Searx or Whoogle because the service is behind a proxy. Many users are connected from all over the world, but to the Google servers the Garuda box is the one making all those queries so it gets flagged.

The DDG thing is weird, you shouldn't be getting that. It looks like a known bug with Searx that they are actively chasing: Bug: duckduckgo engine · Issue #1854 · searxng/searxng · GitHub

A nice thing about Searx is even if a few search engines fail you will often still get a pretty robust set of results because there are typically a lot of engines built in to each search.

Then is there a video or something or list on the optimal way to set it up? 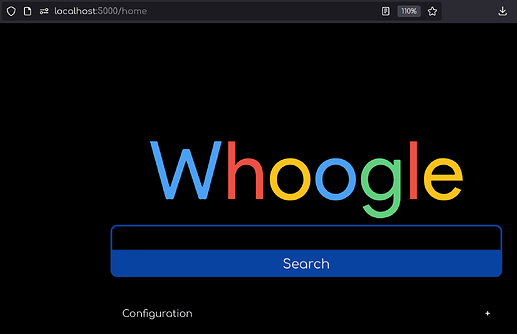 Done.
I have no time to make videos