There have been several threads for the individual editions that were picked up, but I believe it would be good to put some things in order.

Currently as far as I know, these editions are actively maintained by community members:

Let me know if this list is incomplete or if you are also helping and I didn't acknowledge you.

Now, as far as I'm concerned, the MATE version can be rebuilt and uploaded as a semi-official edition. I believe the Multimedia is in a similar state or will be soon. I would like to ask for the core team's opinion on how these editions should be presented. After going through the cycle of tweaking some files, compiling image and testing it on hardware I can say that I'm comfortable enough to continue doing so, with a release cycle of at least twice a year (will be following the Ubuntu MATE releases

Lastly, this is a place for maintainers to share screenshots of their work so far! Here is MATE with the revamped icon theme: 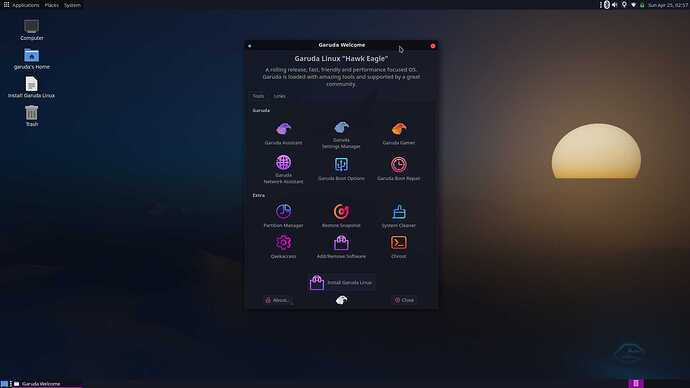 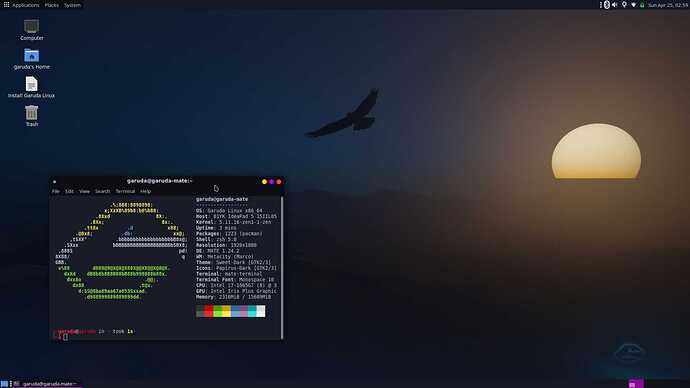 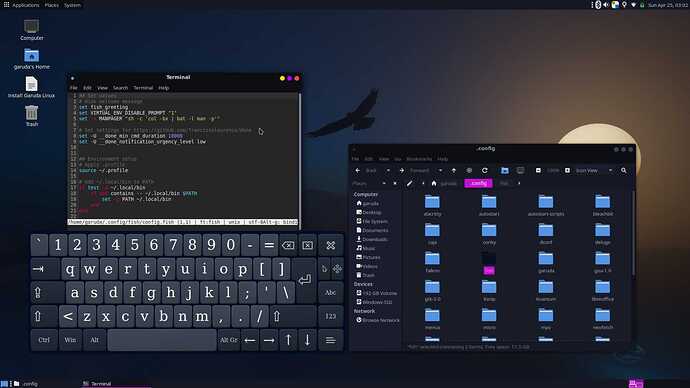 Nope, Cinnamon will soon be official edition, because I will adopt it. Just wait for next edition.

Multimedia is in a similar state or will be soon.

@zoeruda
it will Probably a simeler state to sway or MATE.
It will be activly maintained.
Anyway 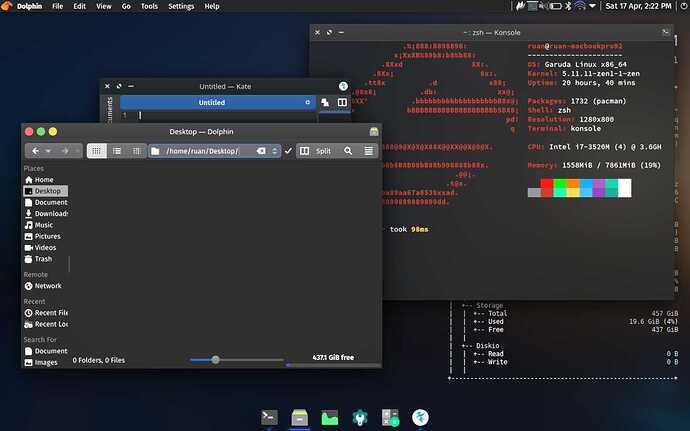 Yeah my computer is in for repairsfor the nest 3-4 weeks soooo that is an issue.

Must be from all that art work you have been doing.

Cab anyone share a scrrenshot of the newest ISO for kde-multimedia my coputer is in for rep and I can not see how it looks like.

I'll take a look. This one right?

Yes that is it.

So @zoeruda how does it look.

I am having trouble booting this image from a stick. Will try on a VM

Looks nice! I like the window snapping features and the stats background. 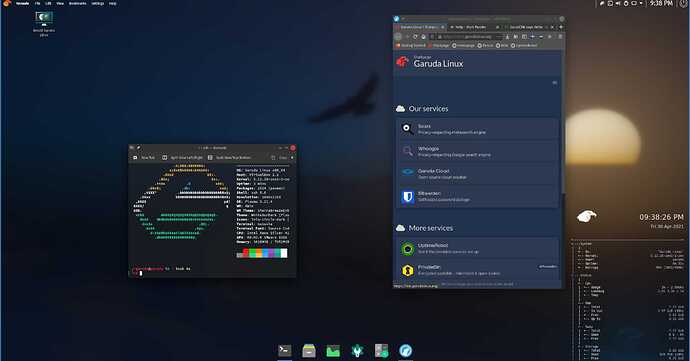 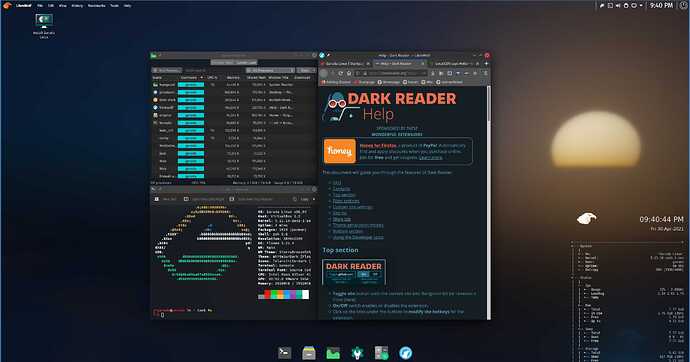 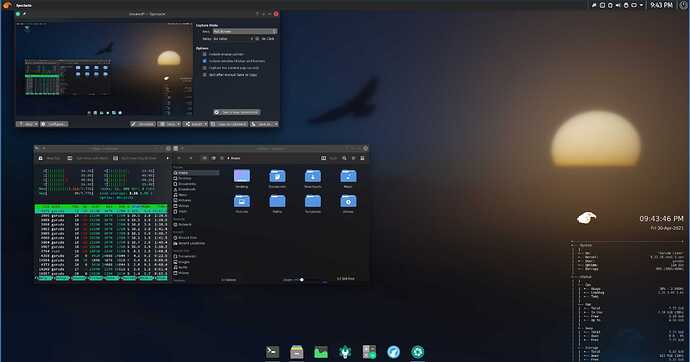 It must be upper right.

May I know differences between Multimedia and Dr460nized? Screenshots say Multimedia also has Latte-Dock and looks same same as Dr460nized

Thanks. I never used it so I wouldn't know it looked wrong or how to change it. But as I said this is on VM, it may well not be a proper reflection of how the image boots.

KDE Multimedia edition aims for a more introverted KDE look, while still utilizing Latte for a modern workflow. It also includes some useful multimedia software out of the box such as Libreoffice-fresh, Krita, Kdenlive and more, and the default browser is good old Librewolf rather than Firedragon.

So I already have KDE Multimedia then

Well I'm sure @RUanauR can elaborate more on what else they included. Those are the ones that popped to my eye because I, too, put them in every new installation, even if it's Xfce...
But you can also look here community/kde-multimedia/Packages-Desktop · master · Garuda Linux / Tools / Iso-Profiles · GitLab