I am trying to install garuda linux kde dragonized edition. I used the latest ISO as of today, and when I try to boot into my USB stick to install, it hangs. If I press escape I can see that it hangs at 'stopping Plymouth.' I am guessing this issue is because of the fact that I am running a 3060ti. I do not know why this is though, because the ISO appears to have the nvidia-455 drivers in the pkgs.txt. Even then, it seems to be using the 396 drivers, which do not support my card. I tried to install the nvidia 455 drivers both by mhwd as well as from pacman, but the issue there is that the live USB is not persistent, which means I cannot reboot to use the nvidia drivers.

I did manage to install manjaro by installing the nvidia drivers from the shell within the liveUSB itself, but the same tactic does not seem to work in garuda because mhwd does not activate the drivers instantly and rather seems to require a reboot which again is not possible since the liveUSB is not persistent. Any help would be much appreciated.

We only have 455 driver in live usb

Can you give me output of

If it doesnt boot to graphical

Give me the output from tty 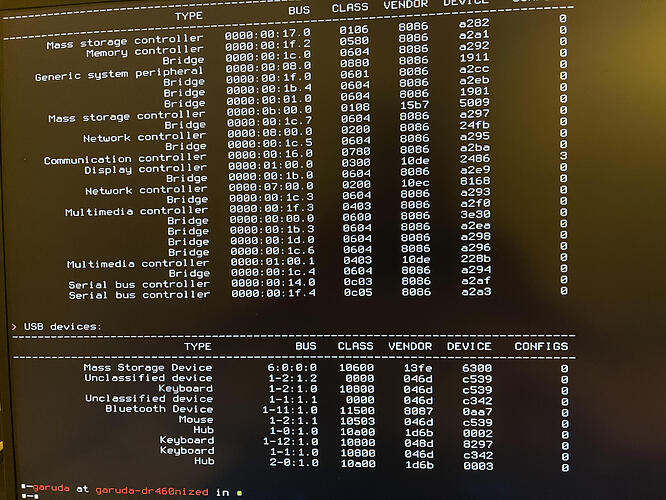 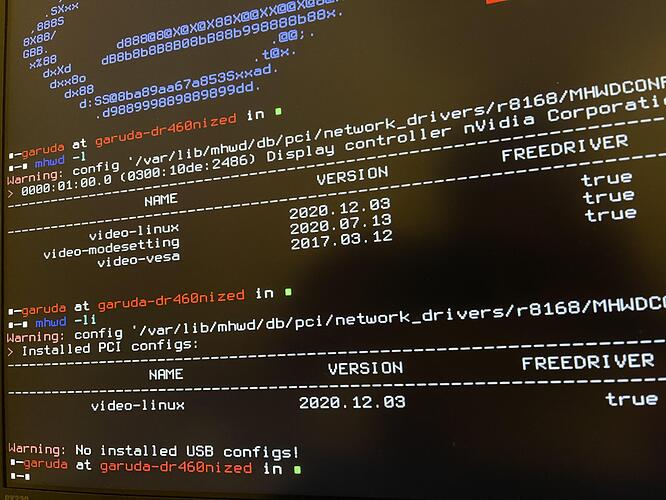 so it isnt detected by mhwd

So what can I do?

A test iso with 5.10 kernel and tkg drivers

Still getting the same thing. But with this new iso when I type ‘mhwd -li’ it shows no installed configs.

Was able to get the above ISO working by booting with free driver into tty and then installing standard nvidia 455 driver manually from mhwd.