Not quite a tech support issue with Garuda per se, and I'm not really sure where exactly to put this so I put it in KDE because that's what I use and it seems to be a relatively active section. Maybe unsupported software? IDK.

Anyway, I've been loving Garuda and one of my favorite features about it is the option to select Bluetooth codecs with headphones (so I can choos AptX, AptX HD, etc right there in the taskbar). I have a different system running Manjaro, and It'd be incredible to have that feature in Manjaro as well. Hours of Googleing serve up a could of archived projects that won't build, and I would think that it would be impossible to do, if I weren't already doing it on Garuda. I know that this isn't really an issue with Garuda itself, but Manjaro forums are not a help.

Long story short, is there any way I could select Bluetooth codecs on Manjaro in the way that Garuda so helpfully lets you?

Thank you so so much!

I don't have that option

EDIT: Found an option like that, but it's in blueman-manager, is this what you meant? 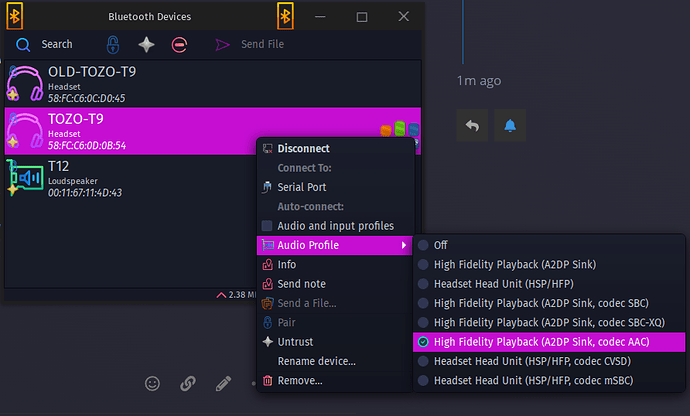 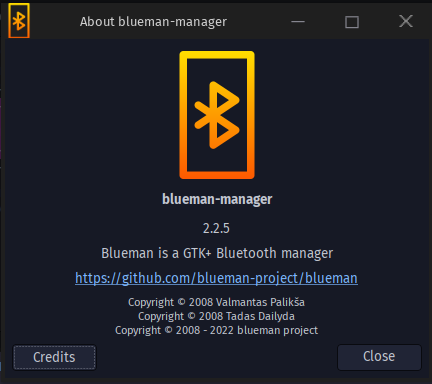 Thank you very much! That didn't end up giving me the options, but switching my whole system over to Pipewire did the trick. Unfortunately still no AptX-HD, but that's at least a smaller problem.