Hello, I was just installing Garuda onto a spare laptop for testing and figuring things out (before I try installing on my main PC) and got looking though all the browser options and was wandering what people thought were the best and what the pros/cons are.

I would like a firefox browser as I have moved over to firefox instead of Chrome and have created firefox profiles and emails for my different accounts.

From my experience, I would suggest using the stock firefox.
Here are all of the extensions I use: 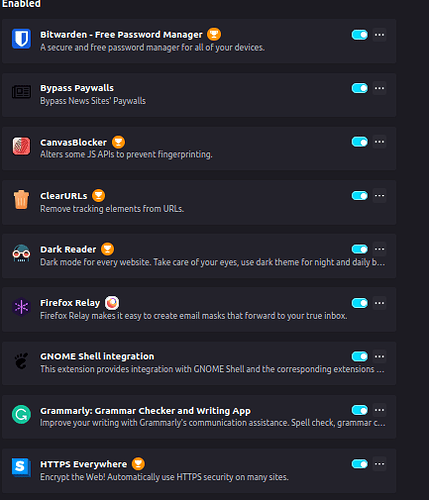 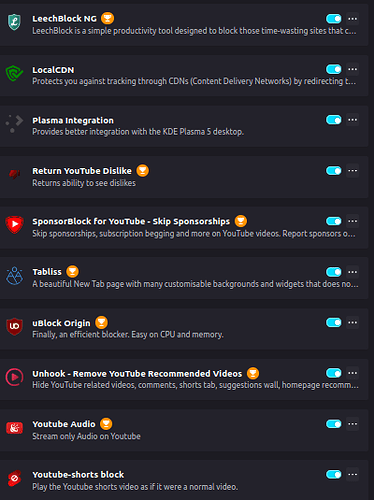 Having Fun with Technology 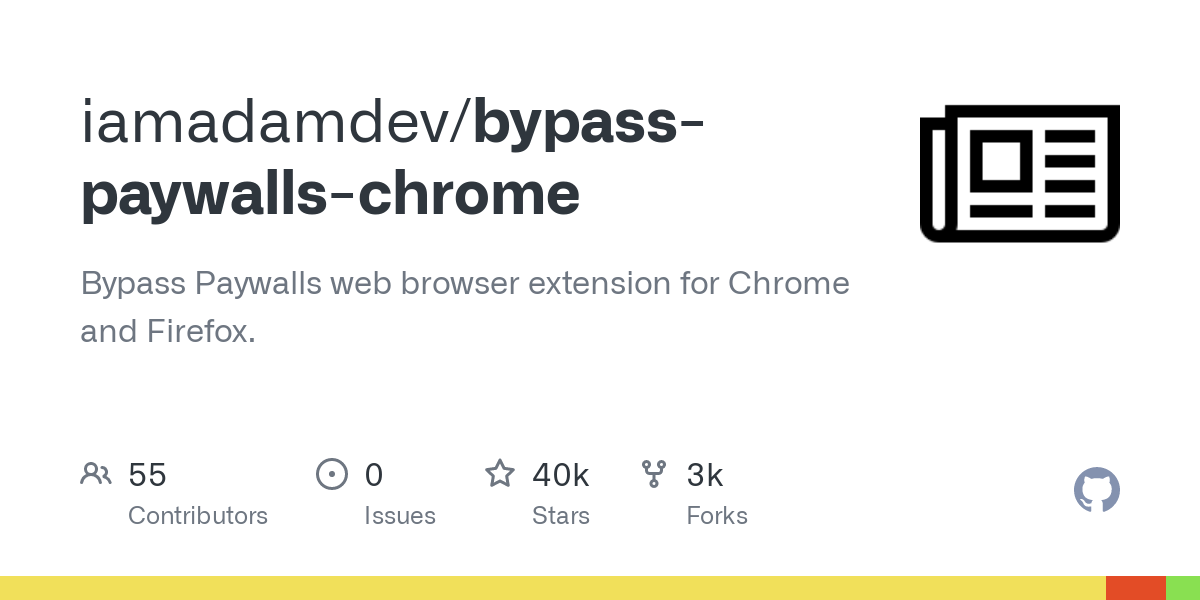 With stock firefox, you could use your account to sync your bookmarks and stuff across devices.

With other privacy-focused Firefoxes(including Firedragon - Garuda's fork), something that really bugged me was the time, which was by default set to GMT and couldn't be changed; it meant that all the messages you get in WhatsApp web and other messaging services would be timed as per GMT and not according to your time-zone. I don't know if this has changed now.
Otherwise, Firedragon, which comes pre-installed with Garuda, is supposed to be optimised for performance and more privacy-focused.

Has bypass paywalls worked for you? I always end up looking for the fix on github/userscripts and it never works, for the big sites like NYT/Business/Medium. Its a constant battle and the big sites have a lot of money.

even had to disable ublock on many sites since they detect ad blockers and have a giant popup.

Interestingly those sites which used to show paywalls before now don't seem to show anymore, even without the extension!
I think it's because of hblock and the adguard's public adblocking DNS servers I have connected to.
You can find both of them in the garuda-assistant app. Please let us know here if using those solves your issue.

Its a constant battle

Money make the world go around.

Not everyone can live on air and love.

Do you also fight with the cashier at the supermarket checkout because you think you don't have to pay for the goods in your basket?

I disable adblocker on many sites esp the ones which I know depend on revenue. Surprisingly enough those are the ones with unobtrusive ads like google text ads. but the ones which are dangerous with scripts/full page ads are not the popular sites but some click you might end up on.

Paywalls are by the big sites who use it for subscription. Many of these use some kind of bait/switch scheme. e.g Medium started off as free and when they built up enough userbase they start forcing people to pay as they dont have a business model.

I pay for many software and services. I dont feel I am cheating anyone.

I dont feel I am cheating anyone.

Your feelings won't get you anywhere in court.
Because you have violated the rights of another.

From that angle, it does look unfair. On the other hand, the web was never meant for commerce, in fact quite the opposite. If people choose to "create online content", that's fine, but expecting business models to apply (either through paywalls or advertising) feels iffy. So even though I'm paying for the services I use (mostly journalistic sites), I can understand where the cat and mouse sentiment comes from.

On the other hand, the web was never meant for commerce,

It doesn't matter at all what was once intended for what.
Now more and more companies want to make money with it, if they hide their content, then I just don't see it.
What is the problem?

Do you mean besides Firedragon, or...?

I guess on some level I feel everything online should be readily available for everyone (especially for those who can't afford subscriptions), instead of it being commercialized, geographically restricted, etc. From a commercial perspective it may feel morally wrong to circumvent paywalls, but from a freedom perspective the commercialization of the web itself can seem morally ambiguous as well.

Same, Librewolf on my PC/laptop and Fennec on my android devices.

Paywalls are by the big sites who use it for subscription. Many of these use some kind of bait/switch scheme. e.g Medium started off as free and when they built up enough userbase they start forcing people to pay as they dont have a business model.

I pay for many software and services. I dont feel I am cheating anyone.

It is not cheating. Most of the countries, including the US/UK, are owned and ran by corporatocracies, not democracies. Their whole scheme is to extract all the wealth and funnel it to the top. Fight their little ponzi scheme anyway you can.

Mankind itself does not belong on this beautiful planet.
It is destroying the balanced flow of life.

I use Librewolf because I've been using it since my Windows days. To get around the timezone annoyance, apparently there are extensions you can install, but personally I just add extra timezones to the digital clock so that I can see them on hover. 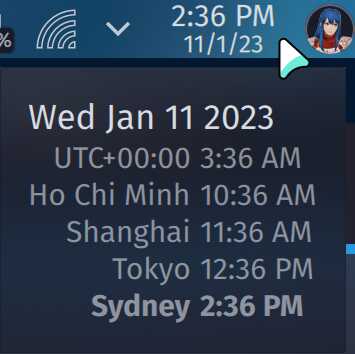 I also use Tabliss (new tab extension) that has UTC, my local timezone and some other ones too so that I don't always have to bring up the panel.

Oh, forgot to mention... I mainly have this so that I know the timezone gap and can do the math when I need to. Definitely a bit annoying but it's a security measure, so I'm willing to put up with it.

However, there are times when Librewolf will just break websites and it's unfixable - in those cases I have to use Ungoogled Chromium. If you don't want to face breakages like that (eg. Outlook web client won't load emails), you should probably stick with stock Firefox.
(btw, FireDragon is a fork of Librewolf ;D )

The problem is the web and the internet is built on open source software, written by people for free so others may benefit.

I see it as wrong if private companies try to use that to monopolize, without adding benefit. e.g. putting scientific articles, books behind paywalls when it was all free to begin with. Or reprinting the same news as everyone else.

If you use Android phone or any Google services they already know everything about you. So does Apple or FB.

Maybe I'm stupid but I use plain Google because of its sync. I use gmail, Android, and I tried Firefox sync but it never worked.

If you want to keep your browing history private the right answer is a vpn - free or paid. I also use Firefox containers or a sandboxed vm as needed. Chromium/ungoogled etc just seem like they give you a false sense of security while removing useful features.

For better or worse, I use a Chinese phone so the only Google things I have are side-loaded.

Chinese phones are really interesting. Not sponsored by the CCP 我很喜欢冰淇淋

If you're using the same accounts on the VPN, that makes it pointless. In addition, VPN services are not all rosey - they track you too. You have to know some good ones, or have a self-hosting friend.

About Ungoogled Chromium, maybe you should take a look at the PDF in this post. That omnibox in stock Chrome is

Mitigating some is better than mitigating none. Anywho, it looks like this topic will branch into three separate topics. Nice.

this is a bit unrelated but you may know of MIUI from Xiaomi and now there are similar roms for Huawei etc. I used to run MIUI on my rooted Android phone via XDA and it was fantastic, easily the best experience. Sadly not supported anymore.

That pdf you linked is quite scary indeed, seems I have more reading to do. But I also feel my life already belongs to Google if all this time I've been using Chrome