As a new Linux user, what would you like to know about your OS or technology in general?

It's hard to put myself in your place because I started using Linux after I already knew what wikis and manuals exist and had a free computer with no important data. And as I stated before, I want to make a Garuda manual to explain the basics & specifics of Garuda. It's pretty important to have a perspective of pure starter in mind, I think.

Who made GARUDA linux ? That s the first question in my mind when i saw!

Its basis and what makes GARUDA user friendly and popular?

Who made GARUDA linux ? That s the first question in my mind when i saw!

Its basis and what makes GARUDA user friendly and popular?

it's based on Arch, and I guess that GUIs for everything make Garuda simpler to use, but it's a little misleading to think that they cover everything that you might need. Sometimes the system might break and you need some skills to repair it using command line.

Mainly partition system i didn't recognized at the first time i install my first linux..

Where many peoples stuck

The Linux user space and permission management. Crucial to understand and not explained by any of the GUIs 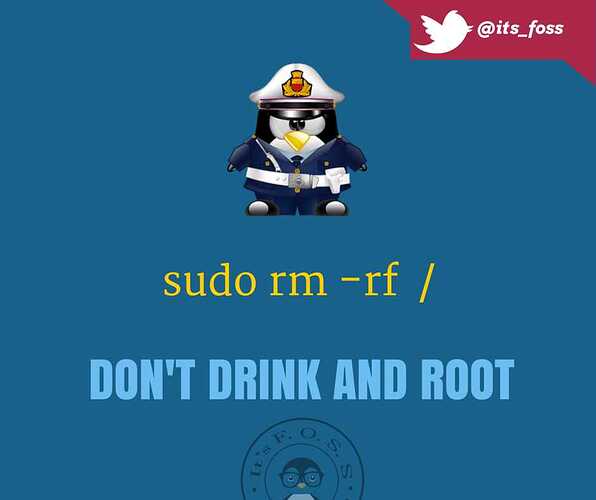 This is mainly important

I think a good approach could be to focus on the "delta" between Arch (which every good-willing new user should "study" at least a little bit) and Garuda.
I'm thinking for example to an explanation of what's inside the "Garuda Welcome", at least the "Garuda Assistant" and "Garuda Settings Manager". For sure, it would be to difficult to cover everything there, but maybe at least those topics which are not completely self-explanatory (e.g. Apply New Config / Restore Default Configs". Maybe/possibly what the snapshots cover and what not).
Additionally, it could be useful to include some "do's and don'ts", grabbing some info here and there from the Wiki or common issues, e.g. never use grub-customizer, when/how to use pamac for queries and single installations but how to address complete updates with pacman, maybe also some hints on the differences with AUR packages and relevant e.g. paru (or in general helper) use.

Linux is the easiest OS to break anything to everything