What, in your opinion, prevents Linux to become even harder, better, faster, stronger?

As I said, I have no experience with Linux environment and development. I'm not a big man in any other IT area too, so it will be at least unwise to write something about things I know nothing about.

I have a few thoughts, that close to this topic too and will share them later.

so it will be at least unwise to write something about things I know nothing about.

Well see you just popped in and that wasn't unwise

Wow my joke just got censored. (had to write the second bit for it to post heh.)

Silverblue is/was moving in that direction. I liked it/ran it when it first was hatched. But I feel like exploring in the direction of NixOS or such at this juncture.

We all have to always remember, unless you are choosing Redhat or Canonical's Distro Ubuntu, that Linux is a community-driven project, not a commercial product.

Being a community-driven project comes with its own advantages and disadvantages, but free from as much corporate positioning as much as possible. It is unfair for people to treat Linux like Windows, because it isn't the latter. Never fight this principle and you'll be in good shape. Frustrations happen when you try jam Linux into Windows' container.

Yea, Kinoite seems to be the new version of Silverblue.
Of course, SteamDeck's also going that route, which makes absolute sense to me as it strikes as a (mobile) console. Keeping the ability to unlock and/or reformat is almost more than I expected them to allow. It's a good balance IMO.

We all have to always remember, unless you are choosing Redhat or Canonical's Distro Ubuntu, that Linux is a community-driven project, not a commercial product.

Yes, but also, no.
Because it dominates non-desktop systems, it's used by most commercial entities and is relied on by everyone the world over, so there is a lot of commercial money that maintains the core packages/code that we all rely on.
"Linux Desktop" is mostly a community-driven project, but that's reliant on the core stuff being solid and updated by paid employees.

Never think that Red Hat's influence isn't felt Linux-wide. There's this developer they listen to, named Lennart Poettering; Pulseaudio, Systemd, yada, yada. If they adopt it, we get to learn to live with it.

*nix OS's have a lot of blurry lines around being commercial products these days. From individual parts or the whole someone out there is monetizing things some how no matter if underlying core elements or wholes are community driven. As such those who are paying for that have expectations. From my years of dealing with middle management and corporate types, when it comes to tech those expectations are delusional, misguided and flat out insane most times but they are expected none-the-less.

(my lord the winkie faces it's like there's something in my eye...like a big sliver of hate)

Actually no, as we can pick and choose what comes with the kernel.

There are distros that lack systemd (openRC, sysvinit), pulseaudio (by making pipewire the default out-of-the-box) and even GRUB (if you choose SystemD-boot). Linux is what you define it to be.

In fact, I'm running a frankenstein Garuda Linux KDE, with ext4 as my OS and storage FS. (I won't touch that BTRFS for the rest of my life, I lost tons of data before under that freaking FS. And you won't be able to persuade me to adapt it due to that horrible experience. It is a scar that will never fade-away.)

SHHH don't scare me! (first time on btrfs). -though my arse isn't completely in the wind as my /home and all other drives are still ext4. Also 70+Tb of redundant backups!

I was looking at Artix for a while to ditch systemD because on Ubuntu it was going nuts regularly. Resurrecting old cron jobs, umounting the freaking root partition...duplicating system processes...it was GREAT fun!

hey @c00ter . I am running a Dell Optiflex I5 with 2 T HDD, bought at Walmart for 269 dollars. It runs so good. It was re-manufactured in Canada (Hooray) and certified by MS. Of course, it came with a new install of Windoze, which I quickly wiped out. I think Newegg has these too. oh, it came with 16 gigs of memory.

Wholly shit! Good for you, Gary!

So, I want to share a bunch of my thoughts about obstacles, that Linux needs to fight to become better. They were based on my experience as being a backend/game dev programmer last 5 years, so they can be wrong in the case of Linux and open-source projects.

Lack of (self)control in open-source

I don't mean here lack of control by companies or lack of collecting data about developers, but lack of processes, that will help open-source be high-quality stuff. A lot of open-source projects have a lack of management, lack of clean code or tests. I saw big cool projects, that have 100500+ open issues, some of which have 8 years old and uncontrollable PRs. Of course, in most cases, proprietary projects are even worse, but that's another story.

Real-life example: 6 months or so I read an article about 2 students from a USA university (I forgot its name), who push code to a Linux kernel, that contains vulnerabilities and backdoors. They were banned and all their commits were removed, but I was confused - wtf, does Linux kernel devs just accept PRs without review or something?

I agree with both @anon92996653 and @fbodymechanic , but I believe the lack of popular proprietary soft on Linux - is a big punch. There is a lot of work software without Linux support, first of all - Office, Adobe stuff, Unity/UE (some kind of support exists, but it works like shit), Solidworks, and a lot of else. Of course, there are Linux alternatives, be let's be frank - most of them look like shit, and they work like shit + there are minor differences and tricks. More different software = more butthurt.

Real-life example: I used to live with a friend and his girlfriend. She has an old laptop that overheats and turns off after 10 minutes of work (she works mainly in Photoshop and Illustrator). So a friend of mine asked me for help. I just cleaned a laptop and installed Ubuntu. The laptop stopped overheating, but after a friend's girlfriend realized that there is no more Adobe software and instead she has Gimp and Inkscape - she decided to buy a new computer.

I believe most of the people wouldn't reeducate how to use new programs - they will just buy a new Microsoft/Apple stuff.

Lack of the sponsors 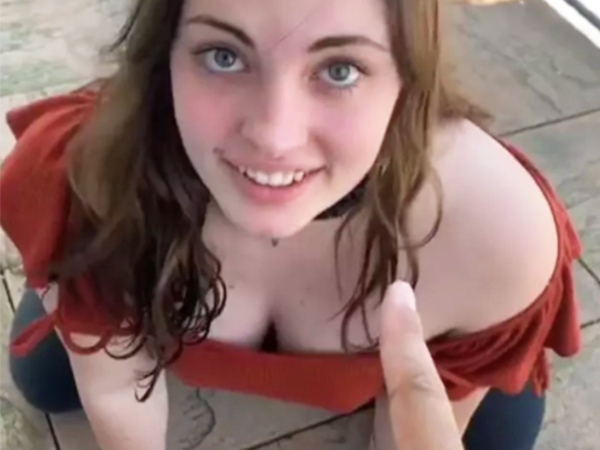 Y'all...when I first heard of Puppy Girl Jenna I said to myself "that's disturbing." But then I began to stalk her (for the article of course). I learned that Jenna makes over $100K a month from her OnlyFans account where she pretends to be a dog,...

I believe this war needs to stop if we want to have a really cross-platform Linux environment. I think there is a compatibility layer between them, but anyway, this just eats development hours instead to make something cool.

The most mysterious problem for me, probably I just don't understand something. Afaik, Linux kernel devs use pretty old C dialect and compiler. I also don't understand why to use languages like Python to develop system stuff. Smart people created Rust/Vlang for us, why just don't use them? Of course, you can be a badass and code in C++, but I believe most developers should stick with something more secure.

I really like your comments about languages. And, I am a badass about programming and C++. In 1967, I took a class on ALGOL. The biggest problem with Algol was that there was no documentation on how to use it! But all of the computer languages we have today are derivatives of ALGOL. IBM did not care for COBOL and ALGOL because they were initially developed with government support. So IBM created PL1 which is still around today. Customers soon complained because PL1 did not handle data very well. So several groups came together and developed SQL (Structured Query Language).

Real-life example: 6 months or so I read an article about 2 students from a USA university (I forgot its name), who push code to a Linux kernel, that contains vulnerabilities and backdoors. They were banned and all their commits were removed, but I was confused - wtf, does Linux kernel devs just accept PRs without review or something?

I was Minnesota and no they don't just accept, hence they spotted the malicious code and banned the uni.

So their previous commits don't contain anything bad and were removed just as a warning?

I believe this war needs to stop if we want to have a really cross-platform Linux environment. I think there is a compatibility layer between them, but anyway, this just eats development hours instead to make something cool

So who caves? My personal preference is KDE. . . But GNOME is likely the bigger company. They are becoming increasingly Microsoft like though with each new iteration though.

I also like KDE, but I believe the community needs to decide if they want to choose something from these 2 libs or just to create a new, modular and flexible, graphical lib and then create different 'views', based on the same code