What Google Services Alternative do you use?

I recently set my default search engine to DuckDuckGo on all my devices in the house.
I would like to get some opinion on an alternative(free) for Google Drive, and Google Photos.

For maps, I think apple's one is better than both bing and google? (as for privacy)
I might be wrong

Here are some alternatives I use for Google applications:

I set up a selfhosted nextcloud which seems for me the best way to migrate from google. It has fileserver, calendario, to do, talk and a lot of other installable extensions ... If you do not want selfhosting there are a lot of services offering also free nextcloud hosting 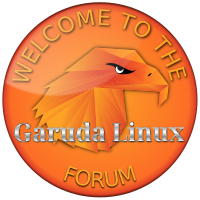 What about Mega, it also provides 20Gb free storage?

Also,
I read: How to set up next cloud on a self hosted server - ProPrivacy.com
So how reliable is the Next Cloud service provider?
Would it be safe to store your data there for a long term?

This means that you are running the cloud service on your machine. This can be your PC, laptop, NAS, Raspberry Pi or server in the cloud.

It is open source and you are the one running it so you don't have to worry about someone collecting your data and selling it.
It is safe to store your data there as long as you maintain it.

The only things I still use that are google besides my phone's OS (for now) are Google Maps, still haven't found anything that can beat it I can rely. Occasionally, Youtube, but I try and watch decentralized platforms. Some content creators still refuse to migrate. Oh and guilty, just moved from Amazon Music (hated it) to Youtube Music (their service is really good, remixes and recommendations, etc.)

GrapheneOS is a security and privacy focused mobile OS with Android app compatibility.

@RodneyCK You have my interest, the users here want to know. Maybe a Arch install?

The two that are on my holiday wish list are;

GrapheneOS as @dr460nf1r3 mentioned above and...

CalyxOS as someone mentioned this works really well with Pixel phones.

As far as Arch, I think Pine64 is doing something, but from what I have read, there are issues. Maybe someone knows more about Arch on smartphones and devices.

Edit to add: My plan is to use CalyxOS and transition into GrapheneOS, or something similar, down the road. CalyxOS has a lot of privacy features, including using Microg, which is a more private/secure oriented Play Store, but at the same time, it is still accessing Google's services. It is a tradeoff, for now, until the GrapheneOS, and other distros, improve functionality I need, others may not though, like text-to-speech (I am assuming no audio GPS) and banking apps as a couple of examples. All plans down the road to get them working, but not functional now.

I use /e/os on my fairphone. You can install it without an account on ecloud. I use my own nextcloud for syncing calendar, todo, contacts and files and I am completely degoogled