I used Etcher, Rufus and even CMD commands to make bootable flash drive but none of them worked. Tried Checking on Forum/FAQ/Telegram support as well but nothing.
I get the option to boot into Garuda Linux properly but when I select the option it does not boot and a black screen appears for ever. 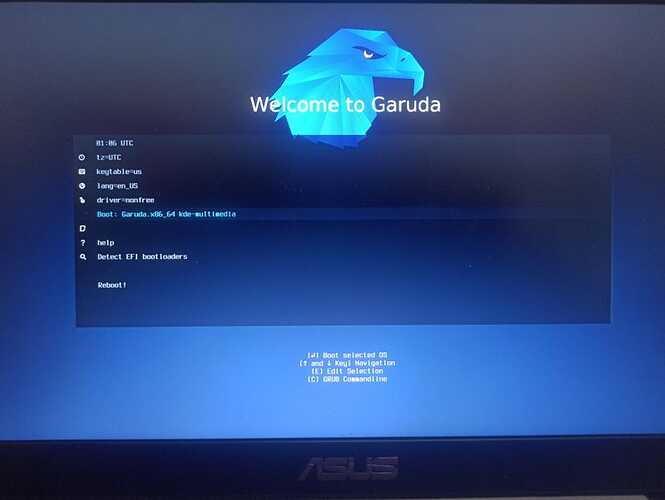 Change driver to free, instead of nonfree. This is only about nvidia GPU systems.
For every system with any GPU except Nvidia, always use this at ISO grub menu

Hi , made a bootable USB using mint tools formating and creating . Unfortunately after grub , can see option screen ok , have modified to my preferences , incl. non free and free driver , but nothing happens .....black screen .....
Has someone an idea ?
thanks
Lukas

Has someone an idea ?
thanks

All right , will give it a try again , and I'll come back

Pressing escape on grub , didn't change anything .
Black screen , nothing else
what else can I do
I have tried Garuda KDE Dr460nized and Garuda KDE Multimedia. 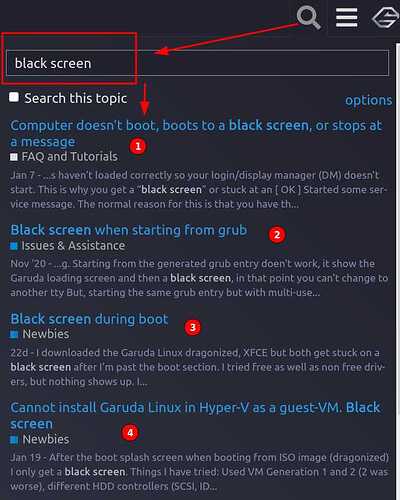 Use search function.
And I wrote on boot not on grub.