I came here to give you some constructive criticism and help improve Garuda Linux.
In response I had myself made fun of and my topic was closed.

I wanted to test Garuda Linux on bare metal and I've already written it to a USB drive, but I see no point of going forwards with that now - any distribution is half the community behind it. And if the community refuses to discuss anything and makes fun of a newcomer who tries to help - I don't think I want to waste any more time here.

Maybe you've labeled me as a showoff, who just came here to spam links to his own work.
That was not my intention - I've linked my work to show I am not a child who has no idea what he's talking about. I don't need your appreciation. Now it seems I should've pretended I'm a clueless person - maybe you'd take me seriously then, IDK.

You've show you can't take any criticism, and cannot engage in merit-driven discussion.
I am really sorry it went down this way. I hope you can see this is not a great way to engage with new users.

Perhaps, it's not generally, a good idea to visit someone's home and criticise the choice of decor?

Then complain when the host remonstrates. Just saying.

If you wanted to have a merit-based discussion then you could have presented an alternative rather than belittling the work of the person who made the current logos.

You are not wrong but neither are you right. The post you are talking about seemed well written and thought-out to me and I'm sure you only meant good.

However there is a big difference between giving criticism to a project like Garuda to giving to a project that someone is getting paid for. These people have put unmistakable amount of effort into this project. What do they get in return - nothing. They are not professionals and I mean no offense by that - if anything it makes it so greater what they have achieved. In the bluntest way possible they are not making this distro for YOU. They are doing it for themselves. It's there where you have to be careful about how you give you criticism.

Your idea about the welcome app is the right kind of feedback and I'm not denying it. Your thoughts about the logo are not. It's hard to explain but don't give feedback about what people have deliberately made it like so. The logo was designed to be like the logo because the team wanted it to be like that - they WANTED it. And since they are the one's putting the effort it don't tell them what you want.

You might think your idea is better - and it might be but don't do it. It's not your project. As I said it's hard to explain when you should and you shouldn't.

If a client of your's came and told you to improve a logo you'd made - you would do it. Because it is not YOUR logo. It's there's. But if you made a logo for yourself as you wanted it to be not for a business's but just for your own pleasure, then some guy - whether he maybe a artist himself or not - and told you to completely change it. You would not do it. Because the logo it your's. And no-one expects you to change it because it is how you want to be.

Give Garuda another go. Just enjoy it for a while and give feedback later.

This is my first time at one these so tell me if I've said something wrong!

EDIT : One more thing I ask you actually take the time to read these. It where it goes wrong for most people. Read them and start afresh - you say you are a youtuber - don't make a review about this please. I don't think I should explain myself because I hope you understand why.

Basically what OdiousImp said.
I think you're actually mostly right, but you can't come and tell people that their artwork is s**t. Well not unless you pay their salary

And of course, that's mostly subjective anyway. I will agree that KISS is best for a memorable and recognizable logo (but they're not trying to sell anything).
You could have worded it a bit better, though I know I'm the 'I don't care what others think' type too. I try (sometimes) to be nicer

Not nice, my taste, but memorable. 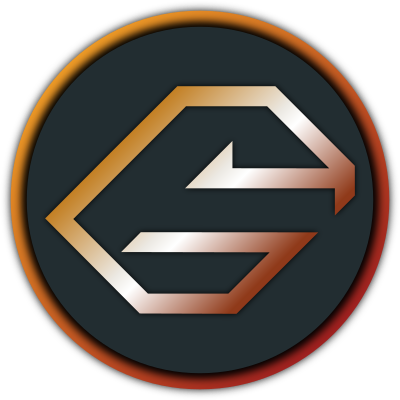 the "ugly" one is for the recognition effect. Lively, non-conformist and not subject to any rules that would make it appear boring.

It's not worth changing the symbol every few weeks because someone doesn't like it.

By the way, there are no friendly looking eagles, at most in comics, but Garuda is not a comic.

Lol @SGS, if I didn't know better, I'd probably be explaining the KISS principle about now.

Don't judge the entire community based on me. I don't mind if you think I'm unwelcoming (I'm not sorry btw), but I do want to just make sure you don't lump me in with others here who are welcoming (I'm sorry to the community and Garuda Team if I made you all look bad).

So, @unfa let's be straightforward.

I really don't think that there was anything objectionable in your post. I rather liked it.

And what is a community without fun?

I just read the OP's original thread regarding Garuda. Personally I feel his reaction to the responses on that thread are a gross overreaction. IMO, nothing on that thread was derrogotory, inflammatory, or personally insulting towards the OP.

Does the OP truly think he is the only one to have a right to express his opinion on our forum? If he feels his posts were simply fair comment, then how can he deny that others have the same right to express their opinions as well. None of the opinions expressed there were out of line or personal attacks against the OP. I find it hard to grasp why such offense was taken to the remarks given in reply.

As far as the thread being locked, that is the prerogative of the forum moderators. When you start your own distro (and/or forum) you will be the one to make those decisions. Until then your posts are managed by others who make the content decisions on their forum.

If you would like an example of why your post was not well recieved I will give you a very tasteless one. I do not know if your Avatar was created by yourself or is a true life representation of yourself. Having said that, I find the Avatar very amateurish and the hairstyle represented there is straight out of the 1960's. That look is so dated it definitely needs revising.

Now, can you see why your remarks were not welcomed with rousing cheers. Your critism while it may be valid in your mind is tactless and lacking in any sensitivity towards the distro's main artist. My apologies if my criticism was also completely tactless, but I did that specifically to prove a point to you.

Sometimes in life you need to be told by others how tactless you are being to actually learn from your mistakes. I learned over 40 years ago never to criticize someone's choice in a vehicle just because it was not to my personal tastes when I was taken to task for my remark. Your opinion of someone else's artwork is best kept to yourself unless you yourself wish to receive criticism in kind.

This thread is going to need a cooling off period as it is likely to get out of hand as you've offended many loyal Garuda users.

Just FYI, if you want a warm reception on a new distro forum don't start off there by lambasting the distro's logo.

Gonna comment here because they closed your other thread - I actually think your second point of feedback about the setup dialog really makes sense. But as far as graphic design goes I have to agree with most of the forum's veterans here that it is just unprofessional to comment this way on someone else's art in public. And if you don't like the design, it really is likely that Garuda is not for you, because it is as much about the branding as it is about functionality. 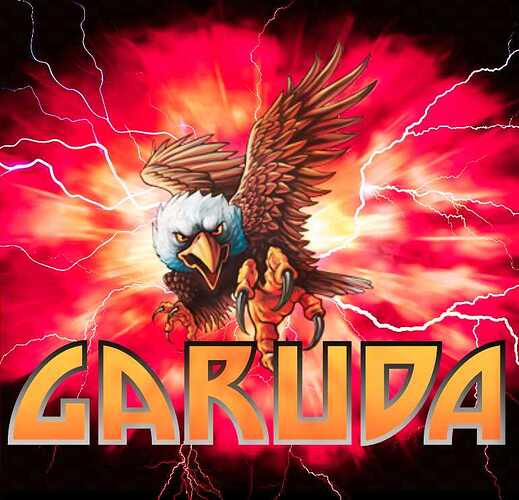 You need to understand one very important point for an artist. The value of art is subjective. What that means is there is no way to make a logo that appeals to absolutely everyone, and in this case our logo is not for you. It's for us and somebody who likes it. And no, what you say about simplictic logos is also subjective and really depends on your taste/art school/style/etc. There is even a meme about how companies kill off any logo that is not simplistic enough for a consoomer. Currently I don't know why your thread was closed as it was somewhat innocent, and it's sad to see that you can't stand criticizm of your criticizm too, as well as think that a couple of people represent the whole community. I think that you need to be mature in order to communicate in the modern society, and in this community. 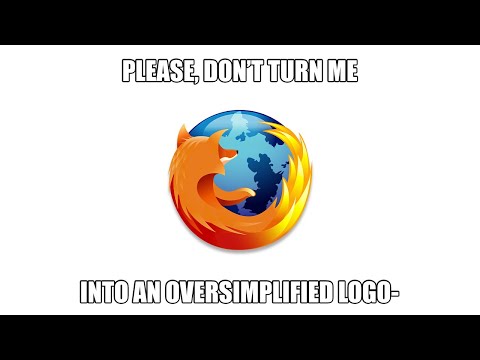 Now that's what I like
@SGS a new work for you
Can you make the logo like this image ?

, is the picture FOSS?
I dont like the font

I rember I make something like that, let me search.

This is going to be my new wallpaper! (can I steal It?)

And long life to our logo! 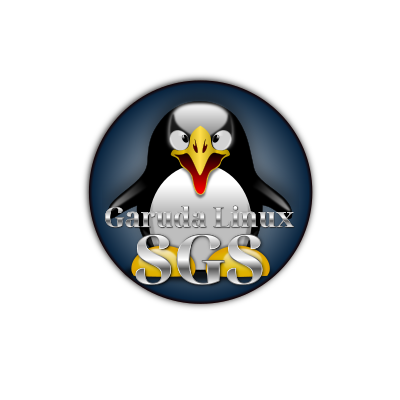 I still have to work on the claws

…and nothing of value was lost.

If you can't separate the objective from the subjective and can't understand the context and history behind art, you're in no position to criticize anything - even if your own art has broad acceptance. (Skill in creation isn't the same as understanding the result.)

Merit has the same issue. What gives something merit hinges on its context, and the subjective views of those involved.

Your great failing here: You spent no time getting to know the community (context) or anything about the logo as it gained meaning within that community (history) or it's initial meaning from its creators.

Sociologically speaking, you entered a community you were not a part of and took an authoritative position. You don't even have trust here, never mind authority. Even if everything you said was perfectly accurate and objective, you would have been rejected for assuming a role you have not earned.

Now, go sit in a corner and think about what you have done, child!