The Plymouth garuda-gnome theme does not support prompting for the password for an encrypted partition. The picture just hangs at a certain stage, if you press esc you can enter the password in the console and the download will continue.

Welcome to the forum

Can you provide your

I'm not quite sure that helps.
Here are 2 screenshots showing the problem.
Reproduced on a virtual machine. As you can see, the problem is not that I forgot to add modules to mkinitcpio.

Does this happen on bare metal

Sure. It would be more accurate to say "reproducible even in a virtual machine".

Try taking alook at this thred

Hello, I've setup my laptop to use disk encryption. When I boot, it just comes to a white screen with black text for entering the password. I've see that Garuda is already set up with Plymouth and this allows for a themed password screen. Do others with encryption get a background image for the password or just the white screen? Doing some searches I see this was asked before but no real answer to it. I've went through Plymouth - ArchWiki and the Hooks and Modules seem to be set up correctly.…

No, that's not it. Plymouth starts after Grub. so if we see a splash screen with the logo (did you see the screenshots?) then I am already using an unencrypted partition /boot.

Did you replace the encrypt hook with plymouth-encrypt, as described here?

This is what it looks like if I change the plymouth theme to spinner or BGRT: 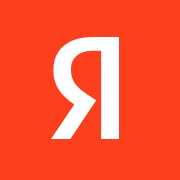 @BluishHumility This is already done "out of the box".

I think the issue is that, by default, Garuda doesn't require the Plymouth theme to prompt for the password since it is already unlocked by grub. As a result, the theme doesn't need to support that option.

If you have a custom config where you are using an unencrypted /boot, you may want to also change/customize the Plymouth theme.

Then customize it and submit the changes in gitlab.

Adding a place for the password prompt probably doesn't require deep design skills. You probably just need to look at similar themes and see how it was done there. It likely just requires a little bit of patience, reading and some trial and error.

I mean....you are basically asking the Garuda devs to do work to customize the theme to support your custom setup. It doesn't seem unreasonable to expect that you should do that work instead.

Sorry, but is everyone on your team hardcore C++ programmers and they just don't have the time/opportunity to do graphic design?
I already help clean/refine scripts in metapackages as much as I can with my modest knowledge.
I mean, obviously it would take me a lot more time to make even such minor changes to a theme than it would take the person who created it, wouldn't it?
Also, with full encryption, it is currently impossible to get a " pretty" password prompt. So I'm obviously not the only one who figured out not to encrypt /boot to make plymouth-encrypted work (the links above is proofs of that).

The solution probably is using different theme which supports password prompt and modify that.

Yes, it's not a problem to change the theme. But shouldn't the themes that come "out of the box" be universal?

Anyway if you want feel free to change the default.

I guess @tbg maybe consider granting him permission to gitlab.

Sorry, but is everyone on your team hardcore C++ programmers and they just don't have the time/opportunity to do graphic design?

Umm...no? The problem is you are requesting the team to do work for you that the distro as whole doesn't need for anything. The way opensource works isn't that the maintainers do anything anyone wants. The community as whole contributes solutions and when they are aligned the direction of the distro/software, they are merged into the core.

Alternatively, people can make suggestions and if a member of the team things they are interesting and wants to work on them, they will. But you should never assume that something will be added simply because you want it to be.

I think this has gone far enough at this point. The team has seen the request and if someone chooses to implement it, they can follow-up here. If you are interested in contributing a solution, please feel free to submit a merge request for it.