Now go wash your mouth out with soap.

Maybe you youngun's don't know what that tastes like, as this was a favored punishment back in the old days for a kid with a potty mouth.

Give it a try.

WHat about garuda linux gnome in the style of ubuntu desktop.

I think I'm gonna have to order more soap.

How did you make that?

I have to guess what item you refer to

If you mean the conky setup, there are 11 or 12 different ones on the go in that screenshot. Each weather by location on the secondary monitor is a separate conky, the smooth scrolling todo list at the bottom is another. The Logo in the middle of the main screen, another. The Astrolabe is yet another - and the main conky and the vertical updates scroller are the last.

Many of them are built utilizing conkywx (AUR), a weather and widget toolkit by Paramvir Likhari, that enables LOTSA goodies, mostly in lua.

Hopefully the right question got answered!...

Installed Garuda this week, been learning more about it.
Changed my conky a bit today, still need to change some stuff.
Been using the garuda conky script and another script to figure stuff out and mix it up. 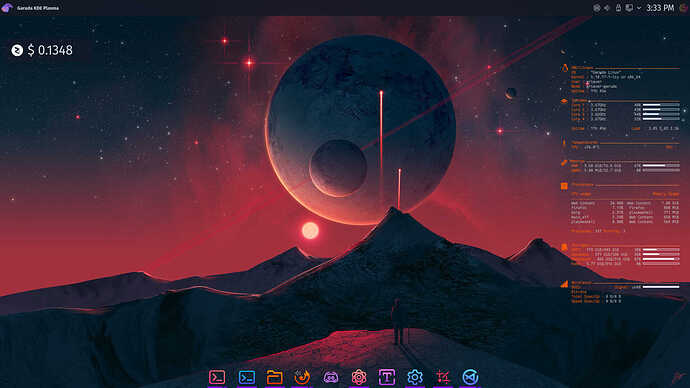 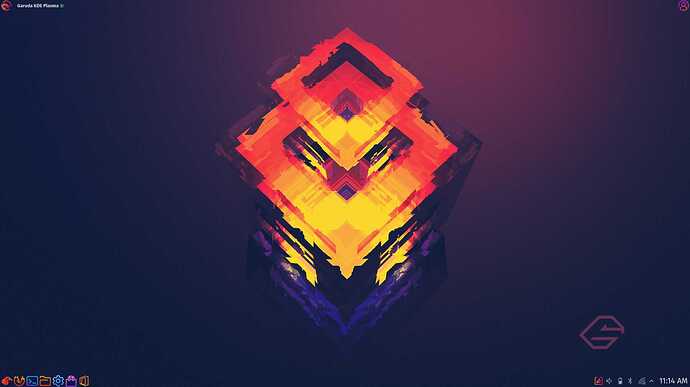 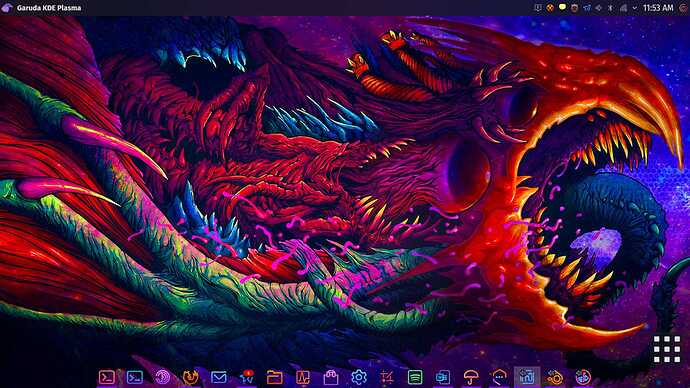 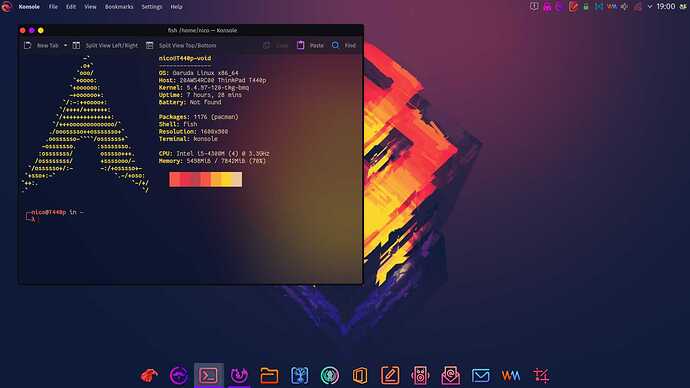 Updated conky with network/other settings, also created a ttf file with dragon logo.
Now got the Garuda dragon logo instead of Tux. 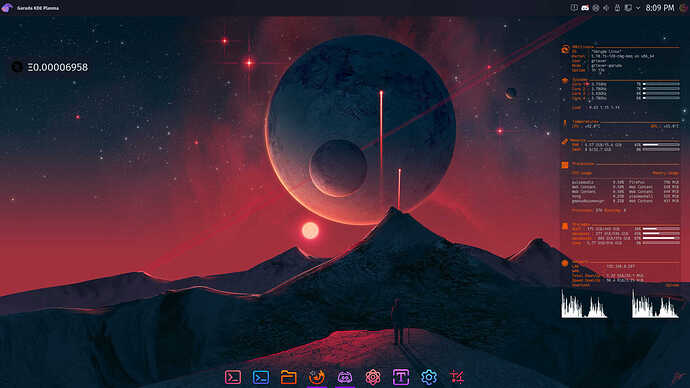 The conky is pretty good for 'barebones' toolset. Have you looked into lua and lua toolkits like conkywx?

Ive noticed something about conky and lua, when searching around. But I like the basic approach.

I didn't really completely customize my desktop environment.
I'm one of those weirdos who like Global Menus, but doesn't really like any other part of the MacOS interface.

I've gone from Cinnamon(Linux Mint) to KDE(Manjaro) to Cinnamon(Manjaro) to Gnome to XFCE(for like a week) back to KDE(in Garuda).
This is just a combination of everything I liked about all those experiences.
By far, I think this is my favorite desktop setup I've every used!

I present, KDE Dra460ized edition, but with vertical Microsoft Windows Style Menubars on the sides and Linux Mint Wallpapers. Also, a special feature, monitors with different aspect ratios(One is 1920 x 1200, and the other is 1920 x 1080)!

what de is that? o.o

You've done such a nice job on your spin.

I'm the odd egg ... or the elephant in the room. I started with your build, and destroyed it in a plain 'ole boring vanilla.

Thanks for what you do!
GM 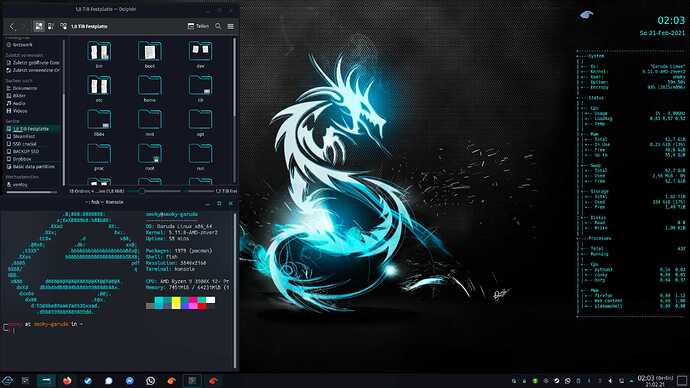 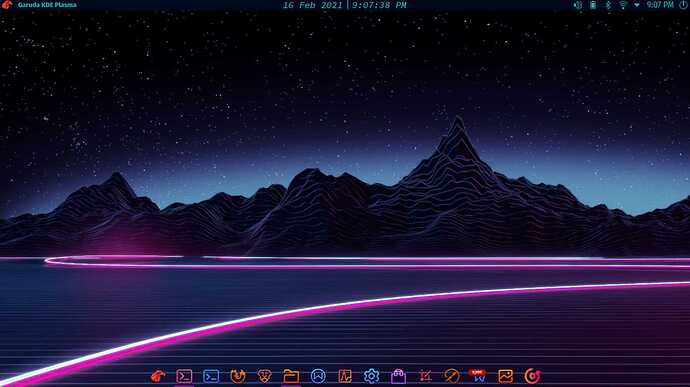 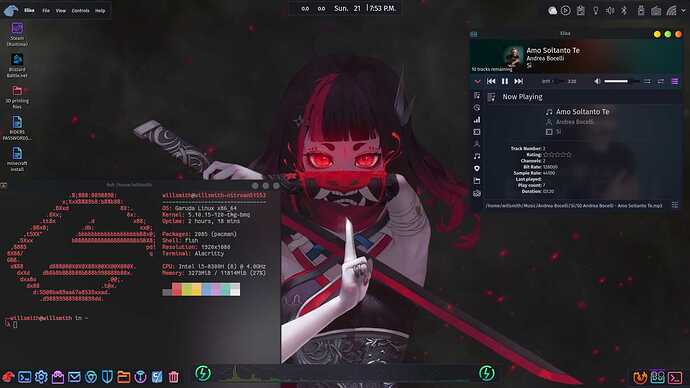 Garuda KDE Dragonized edition. I added a music visualizer and an animated background. a few other modifications. Newbie to Linux, really enjoying Garuda. Keep up the great work.

A post was split to a new topic: Images that are not the work of the forum poster