Name Garuda in Your Native And Local Language

btw any one from MUMBAI

Nope, as far as I know.
But @librewish is from Kolhapur, quite near

I don't know if you were talking to Indians, but if you're interested in what it's called in Norwegian, eagle is 'ørn'

In the USA it is bald eagle. Majestic animal.

Bald eagle - Wikipedia en.wikipedia.org Images may be subject to copyright.

In spanish, it's called: Águila.
Greets to everybody from

Thanks to the Garuda Dev Team, excellent work.
Shri :garuda:

In Maori, eakara, native language of my home country.

In the Noongar language, waalitj, one of the many languages of first nations people of where I now live.

Loving this distro, thanks all involved.

Not for nothin, but I'm pretty sure that's a Golden Eagle, and not a Bald Eagle. Just for the sake of clarity.

The OP asked what we called an eagle in our country. Just sayin’ 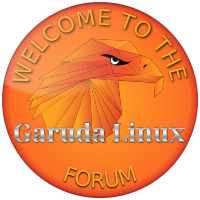 Agree with you about "大鵬" as for Garuda! I am new to use Garuda Linux. It is nice to see people from the same country as I do.

@Stryfe is that indicative of you being from Quebec?

Welcome, nice to see you here.

my family moved down the mississippi river in the late 1600's to Fort St. Louis. We are quebecois and wendat (huron) indian. Until the 40's my family spoke primarily a french dialect called around here, paw paw french.
It's great to be here. I came from red hat/fedora/cent because i was bored and wanted to try something new, which was arch, and i saw a youtube vid on dragonized and i was hooked. hopefully i can help out a little bit on the forums, but i'm REALLY new to arch. I got my start working for SCO back in the early 90's.

It would be awesome to have someone with your level of experience to be able to offer advice on the forum. Of course I realize Arch is a horse of a different colour, but I'm sure you'll learn the ropes pretty quick.

Nice to see another Canadian on the forum, sounds like your family has a very storied history. I'm a newcomer here (Canada) in comparison to yourself obviously.

Hope you enjoy Garuda and I think you will. Arch is leaps and bounds above the ancient server distros IMO, but of course I'm a little biased.

Welcome to the forum, and a Happy New Year to you and yours.

this is "intoroduce your self" page , i did this just to make familiar with each other , always laming doesnt make you cool bro

who are you talking to?

Garuda is a bird creature from Hindu mythology that has a mix of eagle and human features.

i think of godzilla

Rather than attack Godzilla, they proposed returning to the past to prevent his birth. The assault created enough pause for Garuda to combine with Mechagodzilla and become Super Mechagodzilla.