That means you are already vaccinated against covid 19, the only good thing the brexit has brought you

Sorry, no political or religious phrases in the Garuda Forum. 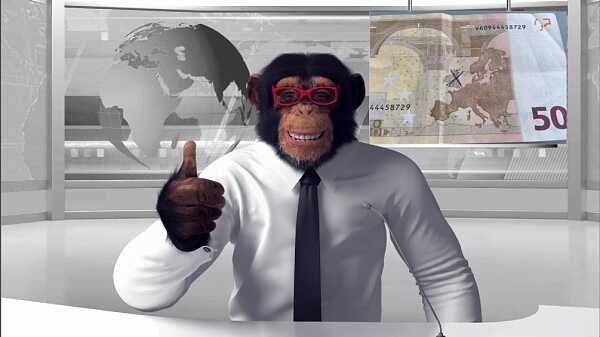 The French half are going broke, while the British half are thriving like never before. Do you read anything else than the "Sun"?

Why do you think I live on a small island with no internet connection, and no social media accounts.

My idea of heaven. It is called Prince of Wales Island, though it's kinda big. I used to have the pleasure of working there, being dropped off by a floatplane from Ketchikan at one end and picked-up by skiff heading for Petersburg a week later at the other end of the island. Work, LOL! No internet, but a sat. phone.

but I don't think it's good to suggest people coming in from Windows to abandon dual-booting in the belief that it's "unsupported."

it's unsupported because we are not responsible for possible conflicts with the proprietary Windoze, and we don't have enough power to change it. If you have a dual-boot, the other half of the boot is controlled by Microsoft, not us.

I write this from a PoV of actually trying to switch to Linux, so this topic is a bit of personal matter to me:

As you should be well aware by far not every major software is available for any Linux at all (at least not natively) and testing if all your softwares run within Linux simply takes time. Personally, as a Music-Producer, I am not willing to sacrifice my years worth of experience with FL Studio, Sylenth 1 and Serum only to switch to an OpenSource-Alternative (like LMMS) that seemingly lacks features i frequently use.

I am one of the few Linuxnewbies happy enough to own two Machines but not everyone has two PCs at hand which they can switch back and forth between at will. If you install a Linux on your primary machine and end up getting f***ed over by some softwareincompatibility, you have a problem. Especially if it is urgent to finish something. It means you will need to reinstall Windows to get back up and running, which takes time you might not have. Imo for someone who really wants to switch, a safe fallback (a working Windowsmachine) is a necessity.

That does not mean you guys need to support Dualboot, I agree. But it also shouldnt mean that you should be so openly antipathic to those that need a Dualboot to test.

It also does not shine a good light on this community to openly discourage or downright attacking people from testing the waters by trying a Dualboot. This Thread has a few seemingly toxic Gatekeepers in it - I am not sure if i want to be a supporter of this behaviour by supporting this project.

Linux can only grow if a steady stream of new Intrested people joins the community. Discouraging this will hurt you in the long run, as these new people also might bring new and fresh ideas.

As a newbie, I have set myself the goal of getting Windows, Garuda (2 DEs) and two other Arch-based systems under one roof, distributed over 2 drives, visible in the Garuda GRUB menu.
The result is that instead of Photoshop I use gimp and instead of Flight Simulator I fly with Flight gear.
If I had to rely on software that only ran on Windows, I could still have fun without switching computers.

Welcome to Garuda. Nice nick. I agree that nobody should discourage people from doing dual boot if "dual-booters" are forced by the circumstances. But, not everybody needs to dual boot. When people know why they need to dual-boot, what features they are missing in Linux, they can always contribute to opensource developers by suggesting. But when people dual boot without any justifiable motivation behind it, that's what pisses off. Dual-boot can be frustrating to deal with, especially for newbies and their forum helpers, and we don't want to explain everything over and over and over again for every single Linux user. If somebody wishes to dual-boot - it's their responsibility to tweak Garuda and Windows for work on one machine. Not our business.

Thanks for the clarification about your motivations against a Dualboot. Thats an information i was missing and kinda had you make yourself look pretty unwelcoming lol

but no worries, im not mad or anything, i was just like "what?"

What's this Windows, is this a new thing? Never heard of it, think I'll stick with Linux!

If anyone uses their PC for their profession, they should do what's best for them, no doubt.
Our issue comes from all the rest

Asking for help on dual boot would not have been a problem, if there were no demands and friendly suggestions for the benefit of the distribution.
Like we don't know the possible impact. We just prioritize our peace of mind and heart and health in general (nerves and stomach...).

I feel you, i am IT-Specialist for systemintegration and some... recommendations?... by some customers are downright impossible without severely shifting your entire setup towards them, which would then again leave other customers unsatisfied.
I do understand the frustration coming with people thinking they know what they are recommending to you guys when they are clearly not.

I also do understand your problems with Support-Vampires or whatever you call them (i am adapting this wording as i saw it used in a "so you are new to the Garudaforum"-Type Thread), it is draining to have to deal with attentionseekers all day. I am a supporter of "if you dont feel home right away its probably not your kinda thing and you should consider looking for something else". I decided to start my Journey into Linux with an Arch-Distris as i like to tinker with my systems (i created several stripped Win10images just for trying to achieve one or two more points in Benchmarks e.g. just because i felt like it and other shenanigans) and chose Garuda because KDE Dragonized is just NOICE.

My issue was rather the wording of a few comments in this thread that seemed unwelcoming to newbies that have not yet made a full switch... but yes: why touch a running system (in this case Windows) if you wouldnt even need to in the first place... if privacy was a concern, they could have also disabled Telemetry (ShutUpWin10)...

If somebody wishes to dual-boot - it's their responsibility to tweak Garuda and Windows for work on one machine. Not our business.

"Cobbler, stick to thy last."

The problem I observed in Manjaro was an undue burden placed on just a few forum experts on dual-booting with Windows. They were called upon to fix variation upon variation of multiple operating system malfunctions. Truthfully, I pitied them for ever expressing their knowledge.

Dual- or multiple booting has long been a topic of Linux forums. I mean, as long as there has been such a thing as Linux. Get it? But earlier versions of Windows lent themselves to a much easier to maintain dual-booting scenario than the 8x-10 Windows series. To the point it can be anywhere from very simple to nearly impossible and everything in between.

And that takes it out-of-range, I believe, for intensive support in Linux forums. General support such as, install Windows first or turn off fastboot in your BIOS etc. are probably the limit for such a small forum as ours, and it's my humble opinion the Garuda Forum staff have made the correct decision and we should support their right to do so.

//steps down from podium

I'd like to welcome you to this Forum (even though I've joined few months ago)!

I'm just trying to explain it to you and making you understand.

I agree to what you wrote and respect your thoughts. But did you think of this?:

Does MacOS support dual boot? Forget about dual boot, do they even support to run on Windows PC? What would they respond to someone asking for such things? They may just say "Sorry, we won't support that" (or some big and beautiful sentences). If you would ever asked them like this and would've got response from them, you would just think "Oh ya, I should buy iMac instead" or you might think of hacintosh or whatever, or else just forget about MacOS running in your Windows PC. But still you would be happy for the response you would've got stating "it's not supported". Would you call them unwelcoming or discouraging, just because they don't support for Windows PCs? I bet absolutely not, because you know very well what they don't support they just don't support and it's waste of time convincing or commenting for their service.

As you're a music producer let me give you convincing example. You know that FL/Sylenth/Serum officially don't support running their software through Wine. Now (for the first time), suppose you ask them for help like it crashed or whatever, what response would you expect? They may redirect you to some other forum or just say "Sorry, we don't support that yet" kind of reply. Would you be happy (I mean not unhappy) or respectful for that? I bet absolutely yes and you'd think of using the software they support.

I hope my sentence structure in English was not too odd, sorry if so!

Generally if a helpful Garuda forum member wishes to write a tutorial for Windows dual boot users (as has been done), or if kind users offer to help a Windows user with a borked system they are free to do so on the Garuda forum if they wish.

The forum is still available as a support channel for this if other Garuda users wish to volunteer to help. Just to be clear our position as a distro is that users cannot "expect" support for Multi-booting from distro support staff. Some forum staff will offer advice on multi-boot support requests occasionally, however the user cannot expect official support from Garuda forum staff.

That is the distros position, and it will not likely change anytime soon unless someone steps up to join the support team who is an expert on multi-boot support. The problem with this is the demands of this job and the time required to deal with these complex issues is so immense that there are few volunteers.

Most people who have the expertise to deal with these issues can only sustain providing support for so long before they are burnt out by the never ending demands of Windows users expecting support. Feel free to step forward to offer support for all the lost Windows users if you wish, however I don't think you'll last long at it before the demands become too much.

If you feel this support is essential on the Garuda forum I look forward to your assistance with the multi-boot support requests in the future. I'm just not holding my breath for this to happen anytime soon. As most things in life don't be critical of others for not volunteering to take on a responsibiluty unless you are willing to do so yousrelf.

As the thread has now been marked solved I will close out this topic.