Laggy pc and one thread always at 100%

No hard feelings at all! I'd like to give you the whole code but as I said before for some reason I can't copy all the lines. But once I go back to my pc I'll be happy to give you the code you asked me in your second to last reply!
By the way I tried booting a new iso from my flash drive, but this problem (cores alternating at 100%) was still there...

By the way I tried booting a new iso from my flash drive, but this problem (cores alternating at 100%) was still there...

Yeah it turned out quite interesting lol
Next thing I'm gonna do (after I go back to the pc) is check Windows, hopefully it's not hardware related

So, I tried with Windows and it doesn't seem like any of the cores are under particularly more stress than others: 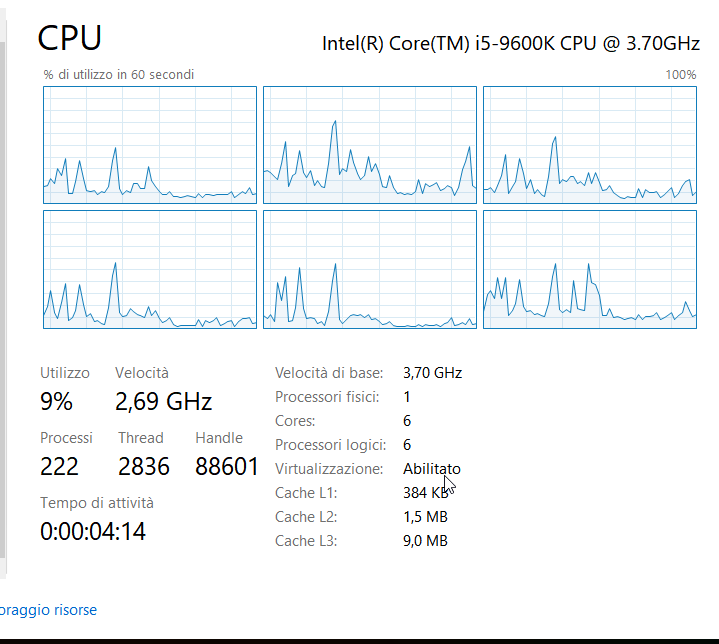 I also tried it on two different distros, and it still gave me these weird core escalations:

So, I'm not sure what to do, that seems rather weird...

It could be. Post your /etc/default/grub into the thread, or at least the GRUB_CMDLINE_LINUX_DEFAULT line.

Also, I copied the first 1500 lines of the journald, here is the link.

I fixed it! I added pci=nomsi as a parameter to

Now the cores are back at normal values. Thanks a lot everybody! Particularly to you, @BluishHumility!