Hey GNOME users!
There is sadly no way we can postpone this much longer, GNOME extensions are broken yet again by the new release so they had to be removed. For the people who dont know whats going on, its not the first time that this happened.. last year it was quite the same:

Hello guys! So in preparation to our new release I have removed all extensions from the garuda-gnome-settings package which causes GNOME look kinda default after updating to the new version. This has to be done on all distributions running the latest software due to GNOMEs sh*t policy regarding extension support. Dont worry, this wont have to be repeated soon.

If you want to keep the extensions until they break (and remove them yourself if they do) there is an easy way: https…

The new release, GNOME 40 was said to enhance extension support but hey, almost everything broken again

But why do they break you might ask yourself? I think this discussion explains it better than I could:

r/gnome - Why does every GNOME update break Extensions?

Until now I thought we could keep supporting a full featured GNOME spin but after the situation being EXACTLY the same as last time I have to admit that its simply not possible. Not with that user count we have these days. There might be some people (including me) who can bear with the situation and use GNOME without extensions until they are updated but I feel that most people are going to be annoyed and start trashtalking because their experience was not flawless. And I can understand that!

So what does it mean for Garuda GNOME?

I think thats it for now. Im feel sorry for those who are affected by this but there is sadly nothing we can do to change that.

12 Likes
Dock is missing
Issues with Gnome 40
How can I move my application panel from left to bottom in Garuda Gnome
Garuda Linux "Spotted Eagle" (210507)
Gnome Settings App Removed After Uninstalling Cheese
Dash to Dock in Gnome Shell extension getting error
Can't login into Garuda (Gnome) version after update
Dark background
How do I bring back the old app bar in gnome?
Feature Request: Material Shell Extension in Gnome Edition
pho7on 6 April 2021 10:14 #2

Does this mean that you have Garuda out there with Gnome 40, or it would require manual installation? I am ok with stock gnome for the time being, i just love stuff Garuda does under the hood

Well, if you have GNOME installed it just requires a system update as Arch is a rolling release distro.
If you want to have the extensions back, you will have to wait until they are fixed and install them yourself.
(Its not hard, just use the Firefox GNOME extension and search for them, but Garuda wont make this default again as it will definitly cause issues again)

oh, ok, i thought since it was new release, it would require some sort of dark magic (two years in and still suffering from windows mentality). I need to setup up my laptop from scratch, so currently i don't have any distros. Thanks for the answer though, and i apologize for stupid question, i only recently woke up

I need to setup up my laptop from scratch

Then its best to wait a few hours until the updated iso is up, this fixes also the keyring issues upon updating (could also do that manually easily but the iso has this ootb)

Extensions are the reason I don't use gnome more than anything. I can't stand the extension process and the way they are added and that they regularly break. And it's really disappointing every time you update, you basically need to start over.

I am very impressed with the new gnome layout and gestures though.

I love GNOME, I truly do, but it's been the bane of rolling releases for a long time. I came to the conclusion some time back that GNOME is best used in fixed releases, where things like extensions can be more easily made to work, at least for the period of that specific release.

Still, GNOME represents its intended look, feel, and use as-is. It's a working man's desktop intended to be used without extensions.

2 posts were merged into an existing topic: Team Talk for new stuff :orange:

Yeah, I switched to KDE due to this issue, GNOME was nice while it lasted (for me it was a single day). since I am new to Linux I was utterly lost when all those extensions just left after a restart of my computer, I was disappointed.

It's much easier to leave GNOME as it is from now on with just little touches from garuda, just to cut out that huge amount of disappointment.

Also maybe a warning for users new to Linux that the Extensions would break after a new release.

I guess we should keep only Gnome Barebones then, and no separate edition with garuda looks

What if we just keep the extensions the are frequantly updated?

Also maybe a warning for users new to Linux that the Extensions would break after a new release.

I guess we should keep only Gnome Barebones then, and no separate edition with garuda looks

For what reason? If no extensions are left there are no issues with GNOME updates anymore - still the users would have a curated set of applications which arent present in barebones installation.

What if we just keep the extensions the are frequantly updated?

Thought about it today but even if an extension got updated "in time" with this release (ArcMenu & Unite are updated already for example) its not clear whether the maintainer will do the same when the next major release happens. So,

It's much easier to leave GNOME as it is from now on with just little touches from garuda, just to cut out that huge amount of disappointment.

If no extensions are left there are no issues with GNOME updates anymore - still the users would have a curated set of applications which arent present in barebones installation.

oops, I forgot about default apps

It's all good here in rookie valley. Things break then I go about finding the problem and attempting to fix and I learn a little more. Stuff more data into the bucket I like to say. I've said it before, Garuda is better than most games. Really.

What about pop shell? 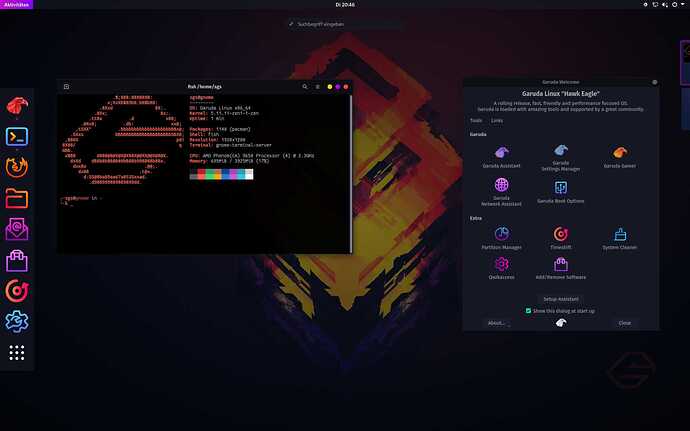 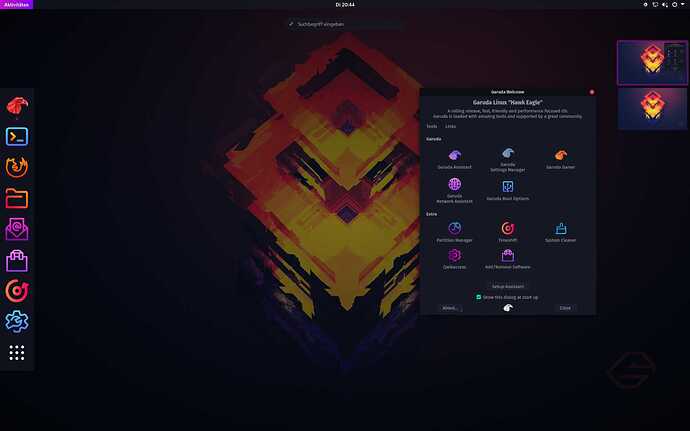 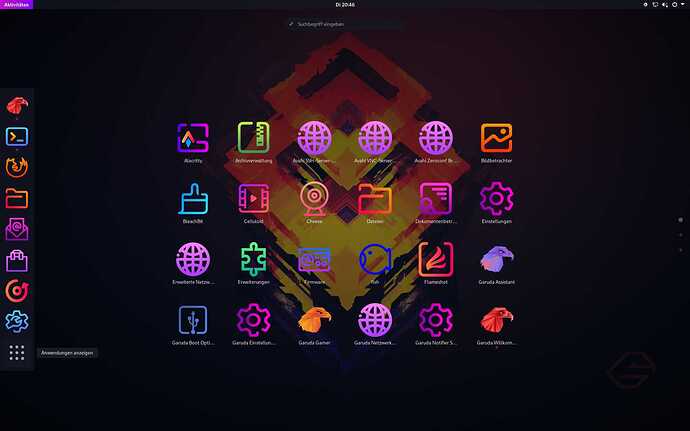 What about pop shell?

What about pop shell? Is it an extension? Then it will break just like everything else upon an update. Although I'd imagine the Pop maintainers are FAST at updating their most important extensions.

Yes It wored since the betas.

Pop tiling is one of the reasons people very very much use Pop, I'm not surprised it never really stopped working.