Hello guys i have been trying to play a game from steam and it is not working.

I tried the same steps with ades and the only thing that is loading is the mouse pointer on the screen. 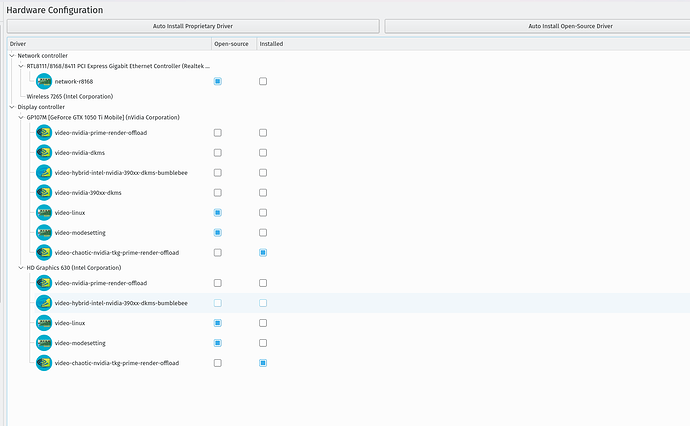 I pasted on the private bin the logs of

With PRIME render offload you have to tell the software which GPU to run on, and the easiest way to do that is with the prime-run wrapper (part of the nvidia-prime package). For example:

You can add this to your Steam game's "Launch Options":

and the game will run using the dGPU.

First of all Thank you for your response,

I tried what you told me and i still got the video laggy situation, with one exception, the mouse was not laggy for one or two seconds, but good news i got more data
I tried adding the following to the steam.desktop

I migth got something wrong on the previous commands.

But just in case i tried the following command on the terminal
prime-run steam
And i got the following log
https://bin.garudalinux.org/?7e6d2de25a732920#CWJma36gLEL8wppR9EAfXcyqChHy2T66F4yMaupx2d1C

I tried adding the following to the steam.desktop

That's not what I suggested at all. Steam games have a "Launch Options" box so this can be applied per-game, and while you can add it to the desktop launcher what you've added there is incorrect syntax.

Steam seems to be running correctly.

I'd suggest trying a different kernel.

Yes steam is working good, that log that i attached is made while i am running the game.

Remove your current video config and install the auto-chosen one.

The rest of given advice are still correct.