the gobal menu or appmenu for firefox and librefox is not working, it works fine for other apps such as chromium or konsole, but it doesnt show up exactly for these two,

The top file menu on the side of application menu, my version is dragonized gaming one. 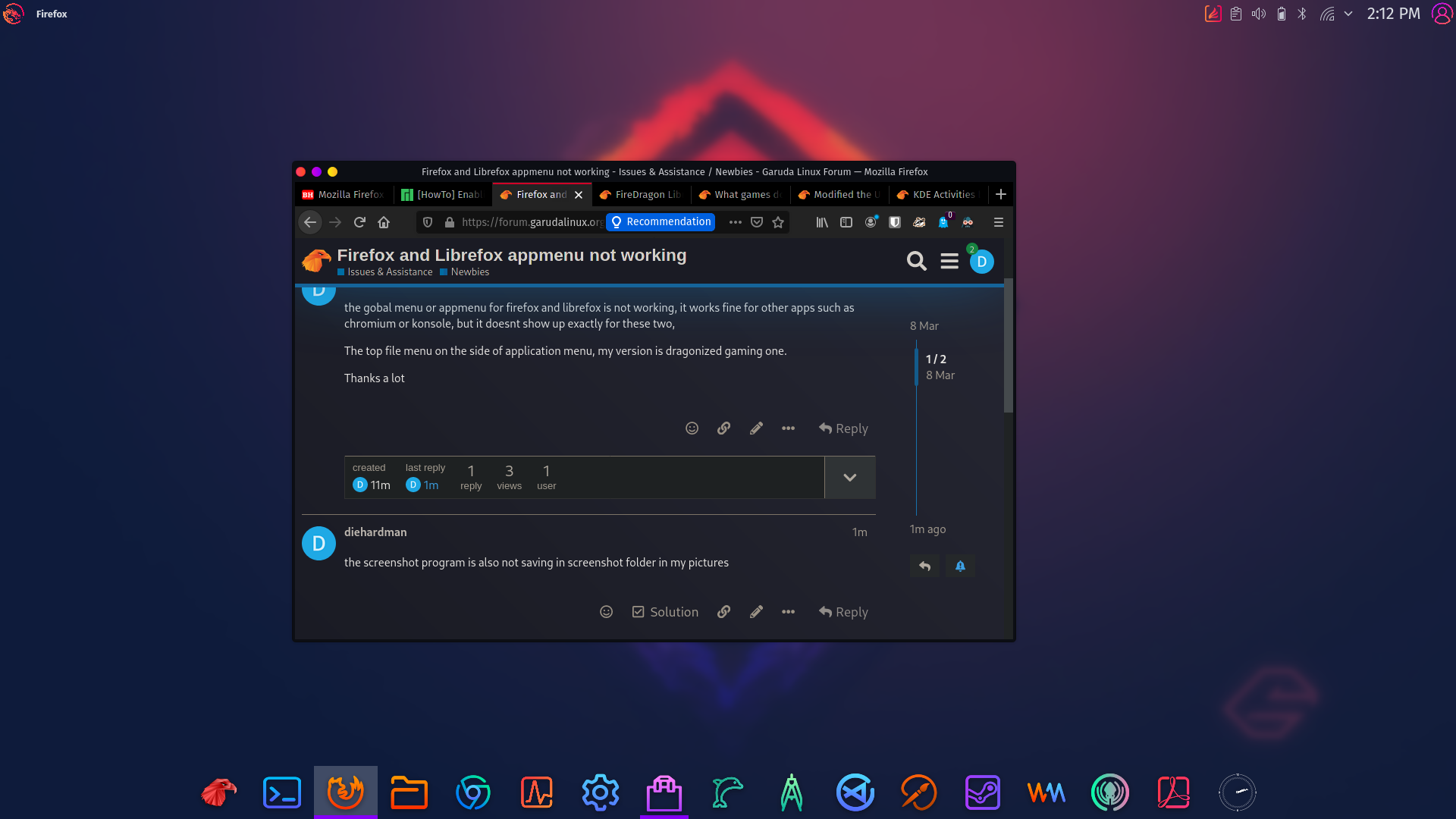 AFAIK, Firefox doesn't support Global Menu, unless it's patched (as with the OpenSuse version (firefox-kde-opensuse) or the firefox-appmenu version.

Mozilla applications are not as integrated as other applications when it comes to appmenus, I cant understand why they cant include this by default.. That being said, vanilla Librewolf sadly currently doesnt feature appmenu, it been commented out the the maintainer as it appearently causes issues on some setups and FireDragon doesnt feature an appmenu patch as Nightly & Proton rework changed things so the existing patch is useless

What you can do is installing firefox-appmenu, this one should have the appmenu working

Thank a lot, I dont have words for this community, and thanks for replying to this thread! It finally worked!!!
Do you think it would work with firedragon??

my bad, this doesnt work, i gotta figure it out some way else. Thank a lot

As followup on this thread - the librewolf package in our repo now has appmenu support enabled again so it works ootb after updating to the latest version. (86.0.1-2)