Garuda modem is needed one. If u messed up like me , I did reinstall all package from garuda assistant . Upgrading system

Heyo, I noticed we have already have bitwig-studio on chaotic (thank you), would be nice to have bitwig-studio-beta on there too now that Bitwig 4 is hosted on there. Plus the official aur repo is giving me trouble so perhaps this'll make it cleaner.

Its is a big package and beta change often?
You get everything here for free, if you absolutely need the beta you have to build it yourself. Sorry.
If the beta is in the chaotic-aur, do you also ask for the legacy?

But maybe you are lucky and there are still resources available at our supporter fosshost.org

There's not a much advantage in having this in Chaotic-AUR as it's a binary package and takes very little time to prepare. Most of the time needed is downloading the file from Bitwig, which is going to be the same as downloading it from Chaotic-AUR.

No worries either way, I’m new to all this so I didn't exactly realize the resource requirements. Personally I wouldn't need legacy, beta just allows for previews I look forward to (in this case the new release of Bitwig 4). I can go off and learn how to build it myself and all if anything

Sometime ago, I noticed that bitwig-studio-beta was older than bitwig-studio. So maybe after the beta testing is over, all the updates (until the next beta release) will be with bitwig-studio only

Then we should also remove bitwig-studio from Chaotic AUR. It is a fairly large package(around 240mb).
@lolimancer

Pacman is the official package manager for the arch repos. The aur is not an official arch repo. For that you need an aur helper like yay or paru.

Wait what?! I though pacman did it all lmao I didn't know aur wasn't the official repo, demn nice to know

I've got a suggestion, but it's a tough one. I could possibly help with a little guidance. I'm willing, anyway... and if it's too much of a request for now, It's okay....but what about alma-git and some .toml files for making KDE Dragonized persistent USBs? I could start learning how to put together the .toml files if needed, but I'm not really aware how tough that would be. And it's possibly over my head. Maybe even persistent live USBs with an included installer that could be updated and you guys would be the first to make rolling release, updatable, persistent USB installers. I don't know if that's doable, but it seems possible to me.

but what about alma-git and some .toml files for making KDE Dragonized persistent USBs?

I'm totally down for that!

Just had a quick look at alma, looks pretty handy! The only things which might be an issue is compatibility and drivers as well as "replicating" every feature which is available in regular installations due to our build tools

Having in mind it could be a feature limited USB version of dr460nized I still see value in this and added alma-git to the repo - what about you just have a look at it and report back after getting a feel for how it works?

what about you just have a look at it and report back after getting a feel for how it works?

Yes, sir. I've actually already got a feel for it from working with it in another distro, but it takes some special files with a .toml extension. I need to look into it to see how complicated they are to put together. and the rolling release, updatable installer is my own idea. Seems cool. Imagine not having to look for and download the latest iso; just boot your persistent computer on a stick, update it with pacman, and it's always ready to install the latest version. This is the first I've shared the idea publicly.

Unfortunately, when I switched to Garuda I trashed my home partition to make it btrfs and lost my alma work directory so I'll have to spend a little time getting it all back together and sorted.

I would like to install BiglyBT , however it won't install without jna . and jna seems to be missing 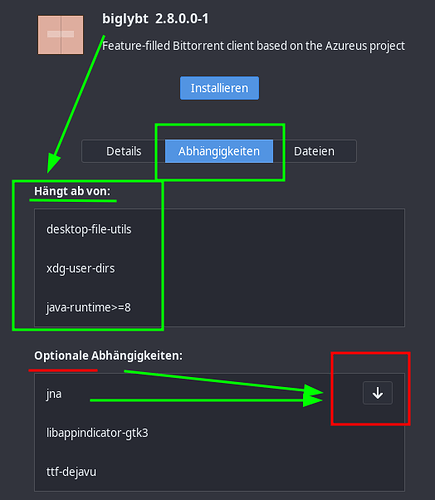 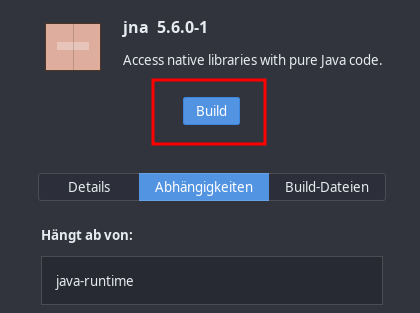